What is the bias called when listening to the same sound repeatedly?

When people are made to listen to the same sounds repeatedly, it can trigger placebo effects, i.e., they think they've heard something new or different the $ Nth $ time around, when in fact they haven't.

What is the name of this "bias"? And are there any research papers on it?

Background
In psychophysics, it is a common phenomenon where subjects say they perceived something, while no stimulus was in fact being presented. Such responses are called false positives (Running, 2015).

In Fig. 1, I have posted a psychometric curve on a so-called stimulus detection task, where the subject (in this case myself) had to identify vibratory stimuli. The x-axis is stimulus level (arbitrary units) and the y-axis shows P, or the fraction correct (0 being 0% and 1 being 100% correct). At high stimulus levels (right side of the graph) I faithfully detected all stimuli.

At zero stimulus-intensity, however, no stimulus was presented, and such trials are sometimes called catch trials. In this case, only a visual cue appeared on the screen, as in all trials, to notify the subject a trial was starting. You can see I pressed the 'Yes, I can feel it button' in nearly 5% of the catch trials, while there was no stimulus presented at all. Subjects (too) willing to reach low thresholds (thus favorable outcomes) may tend to be trigger happy, and hit the 'Yes button too often.

On another note, false positives tend to creep up in case of pathologies. In my field of research, blind people with retinal implants subjected to a visual detection task with electrical stimulation of the retina may report perceiving implant-evoked stimuli, while in fact they are perceiving random phosphenes caused by neurophysiological changes in their retinae, or visual cortex. Likewise, hearing-impaired folks may perceive spontaneous auditory sensations referred to as tinnitus. When subjected to auditory detection tasks in audiometric testing, they may perceive tinnitus sensations and hit the 'Yes' button while in fact no auditory stimulus through the headphones was presented. 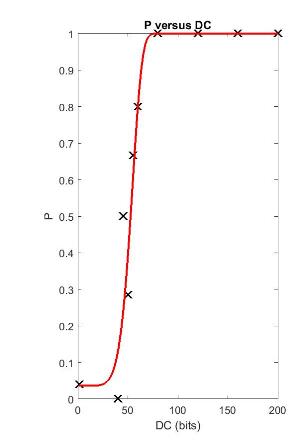 Not the answer you're looking for? Browse other questions tagged perception terminology bias hearing placebo or ask your own question.

6
Quantify degree to which non-diagnostic features bias category-present response
13
What is the name of the bias when one expects you to possess his knowledge?
5
Technical term for the temporary loss of understanding a word
3
What is the source and real meaning of "provisional living " concept and is there an equivalent term?
4
Cognitive bias of comparing numbers on a relative scale
2
Cognitive bias believing you are good at the things you are bad at, as successes are more vivid?