What's the difference between a Hamming and Hopfield network?

I have recently discovered that both Hamming and Hopfield networks are both content addressable memories. However, what is the difference between these two networks designs and their performance?

Hopfield networks are the basis for Hamming networks, so let's focus on those first.

A Hopfield network is a set of neurons that do classification via mutual inhibition, as shown in the figure below from Wikipedia: 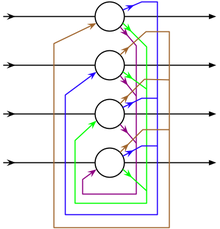 Note the neurons are not like your typical biologically plausible neurons, they have two states "+1" and "-1". Their update rule, which forces them into an output pattern, enables these two states.

A Hamming network is a two-layer network, as shown in this figure (taken from here) where the data is flowing from the bottom: 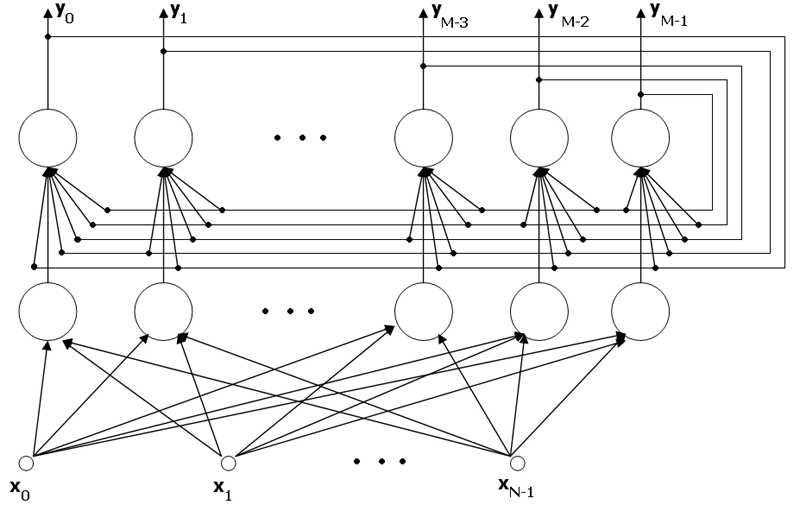 Not the answer you're looking for? Browse other questions tagged theoretical-neuroscience computational-modeling or ask your own question.