Are the skills trained and learn from world memory championship transferable?

The results, though, are disappointing for brain training fans.

Working memory training demonstrated no far transfer effects. Important real-world skills like verbal ability, word decoding, and arithmetic were completely unaffected by training programs. There was, however, some “intermediate transfer,” where tasks that shared stimuli or methods with the training tasks improved slightly with training. 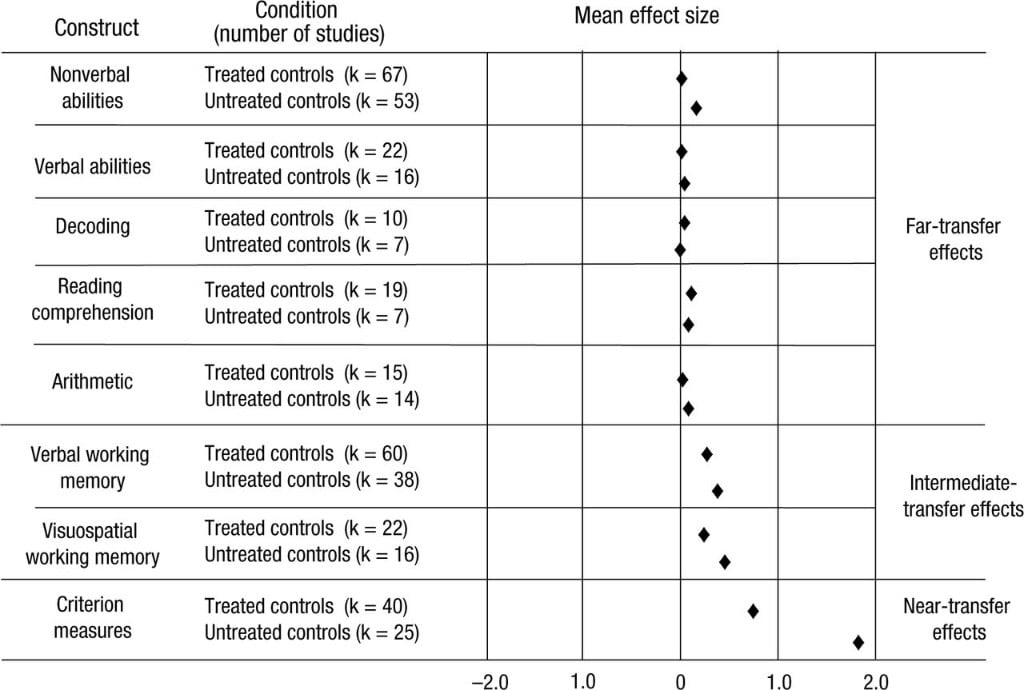 There is also a sort of meta-story to this meta-analysis, which points out that publication bias, methodological problems, and some sketchy control groups can explain individual studies that do find strong effects. So, even the near- and intermediate-transfer effects may be due to a number of factors that have nothing to do with genuine brain improvement.

In the figure, k = number of studies. "Treated controls" means the control group also received some kind of sham training, in order to minimize the gains from placebo effect on the actual treatment/training group. The observation form the last paragraph is based on p-curve analysis of the studies. Alas the studies with treated controls (group B in the figure below) are also those with a more anomalous p-curve, indicating potential publication bias etc., whereas the "A" group (untreated controls) doesn't show this anomaly, but these studies are weaker methodologically in a different (control-group related) way. 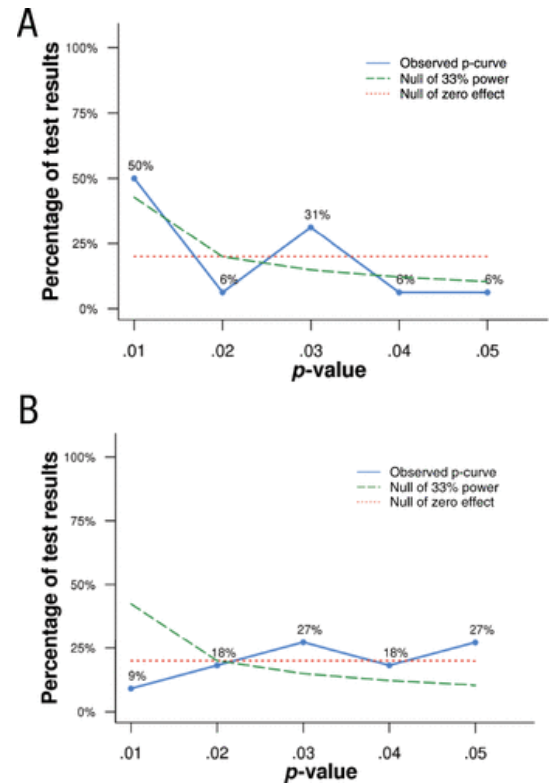 I should also mention that the people behind dual n-back training (Jaeggi's group) conducted their own meta-analysis, and they stick by their claim that memory training boosts fluid intelligence.

They also do their own meta-[re]analysis (but only of n-back)... 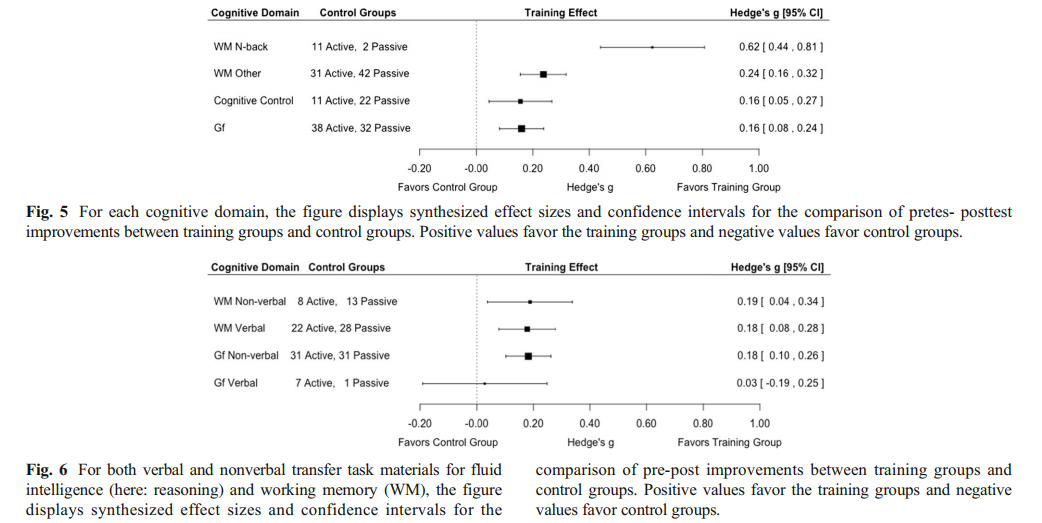 Note that they use a different (and perhaps more standard) terminology of active/passive control group but it has the same meaning as treated/untreated.

In sum, in the present meta-analysis, the only notable transfer effect is seen to untrained n-back tasks. Despite the fact that the transfer effects to the other domains are also statistically significant, they can be considered very small. This is because an effect size of 0.2 means that only approximately 1% of the variance of the dependent variable (e.g., score on a Gf task) can be explained by which group (training or control group) the participant belongs to. The practical significance of such effects can thus be questioned (see also Melby-Lervåg & Hulme, 2016).

Not the answer you're looking for? Browse other questions tagged cognitive-psychology cognitive-neuroscience or ask your own question.

29
Does learning one discipline improve performance in another discipline?

6
Classic cognitive neuroscience studies that highlight conclusions that could not be drawn from behavioral experiments
23
Is it possible to think in a second language?
5
Why do con artists like Frank Abagnale Jr. not feel guilt?
2
Can people improve their memory by training themselves to recall previously forgotten memories?
4
Effectiveness of “non-focused” learning