What is the correlation between grit and Big 5 conscientiousness?

There's been quite a bit of talk about "grit", lately. And the first response of many was to ponder whether it is different from big 5 conscientiousness.

Thus, I was wondering what the correlation is between "grit" and Big 5 conscientiousness?

There is some discussion on Wikipedia 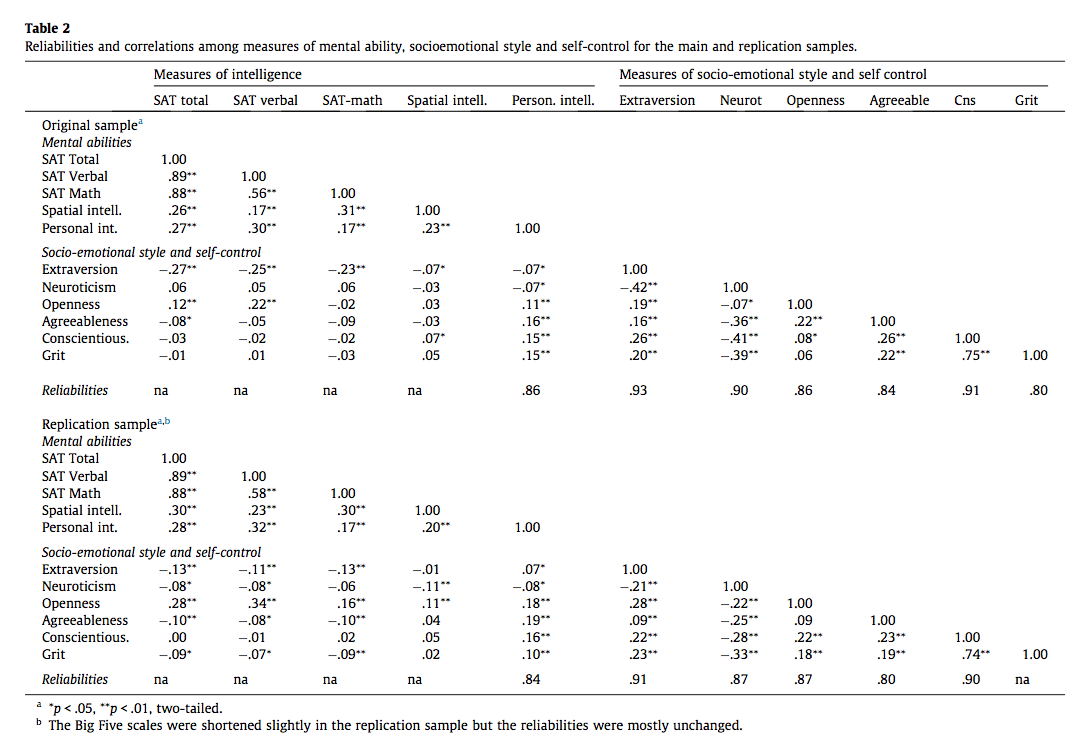 11
Is there a correlation between facial features and personality?
15
Do measures of Big 5 personality have a positive bias towards extraverted, conscientious, emotionally stable, ageeable and open individuals?
9
How do the correlations between Big 5 personality change in studies examining "faking bad"?
8
What is the relationship between Big 5 personality and the theory of planned behaviour?
1
Personality Models: The Big Five, the Seven Deadly Sins, and?
2
Does the meta-analytic literature overestimate the relationship between conscientiousness and job performance?
4
What are the correlations between HEXACO and NEO-PI factors?
4
What are the personality and behavioural correlates of divorce?
3
What are some criticisms of HEXACO from the Big Five camp?