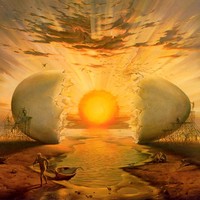 I'm a French student in cognitive science (master's degree). I have done my master research internship on the method of loci in Paris, France.

I'm fond of cognitive science in general, most disciplines included, but I am focusing on memory and concept formation as I am applying to a PhD thesis on that subject.

I'm a bit tired of malpractice in science. It's time to do have a scientific internet revolution : free access to articles AND data, systematic preregistration of protocols, some protocols should be carried by neutral technicians not emotionaly engaged in the results, replications should be praised rather than ignored, as well as fails to replicate. We have all the means to drastically improve the scientific system.

I love case studies in neuropsychology, I believe that it's still the best way to have an understanding of how the brain works ! If someone has only one thing to learn about cognitive science, I would opt for "what happens to split brain patients".

Finally, I'm allergic to things alleged to mirror neurons (if only they had been named something like "neurons for coding concepts of actions" or "premotor cortex neurons") and to fMRI mania.

We respect a laser-like focus on one topic.

All Questions Answers
Votes Newest
14 Is abstract knowledge incompatible with literal memorization? Sep 7 '13
10 Can we be conscious of our dreams? Jun 20 '13
3 How do people develop abstract thought processes? Sep 7 '13