What's the name of this visual search task?

I recall a visual search task where participants would search for a single item with either one or two distinct features. For example one would look for an X in a set of Os as "one feature" or instead they would look for a red X in a set of red Os, blue Os and blue Xes. The results indicated it was significantly harder to locate an item with two distinct features (a red X) while finding a single feature (an X) was almost instantaneous.

I'm sure I could find the studies on my own but I don't know the name of the search task. I recently saw a simplistic version on Facebook (this is not from a specific published article): 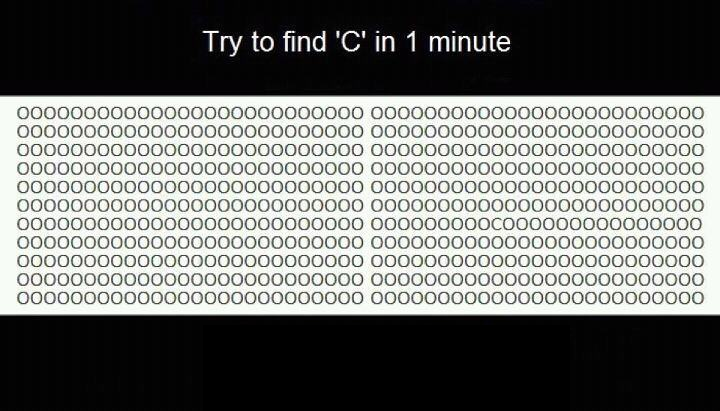 This version is the same basic idea of the single feature search. What's the name of this sort of visual search for distinct features?

Aren't you just looking for a conjunction search task?

Normally it works like this: objects are described in terms of their features (e.g., colour, shape, etc.). If you tell people to search for a target with a given colour AND shape, then this is a conjunction of features, and is termed a conjunction task.

Note that there are complex dynamics in terms of how this works, and the second link below discusses this at length.

Here's some links on this type of thing: 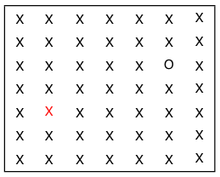 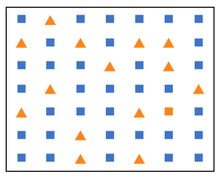 This might not be exactly what you're after, but Ackerman, Beier, and Boyle (2002) wrote a paper where they factor analysed various perceptual speed tests along with other tests. In particlar, the test you are interested in seems to be a member of the sublass of perceptual speed tests that Ackerman et al labelled "Perceptual Speed: Pattern Recognition".

They used the following tests to measure the factor.

However, these tests were typically designed for paper and pencil administration and for measuring individual differences. I don't think they used the one-symbol for each trial approach. In particular, I remember a colleague using the Finding A's test in the Ekstrom battery.

Not the answer you're looking for? Browse other questions tagged terminology or ask your own question.

14
How do humans control saccades?

29
What is an effective metric of complexity for an Artificial Neural Network?
2
Is this optical illusion the visual equivalent of binaural beats?
4
What's the name of the quantifying preference for visual stimulus by varying size or distance as compared to a reference task?
2
Is there sub-conscious error correction in interpreting heard language?
3
What's the technical name for this cognitive bias?
4
"Dependence" in DSM-5
0
What is the name of this common anti-pattern
1
What is the name for this form of "influence"?
1
Definitions of the alpha wave in the revised glossary by Clinical Neurophysiology Practice?
2
What is the name of this bias or phenomenon?