Do alpha waves vanish when I open my eyes in a dark room?

Alpha brain waves show up in your EEG when you close your eyes.

Do they vanish when I open my eyes in a dark room? To put it in a different way: Is it necessary to have your eyes shut or that you don't see anthing?

That is to say, light conditions do not generally affect alpha waves, only the eyelids do (and other factors). This has led to alpha waves being interpreted as reflecting an active inhibitory process in the visual cortex (relaxation) rather than a reduction of stimulus (resting).

The following image is from an Israeli study published in 2013 called "The dark side of the alpha rhythm": 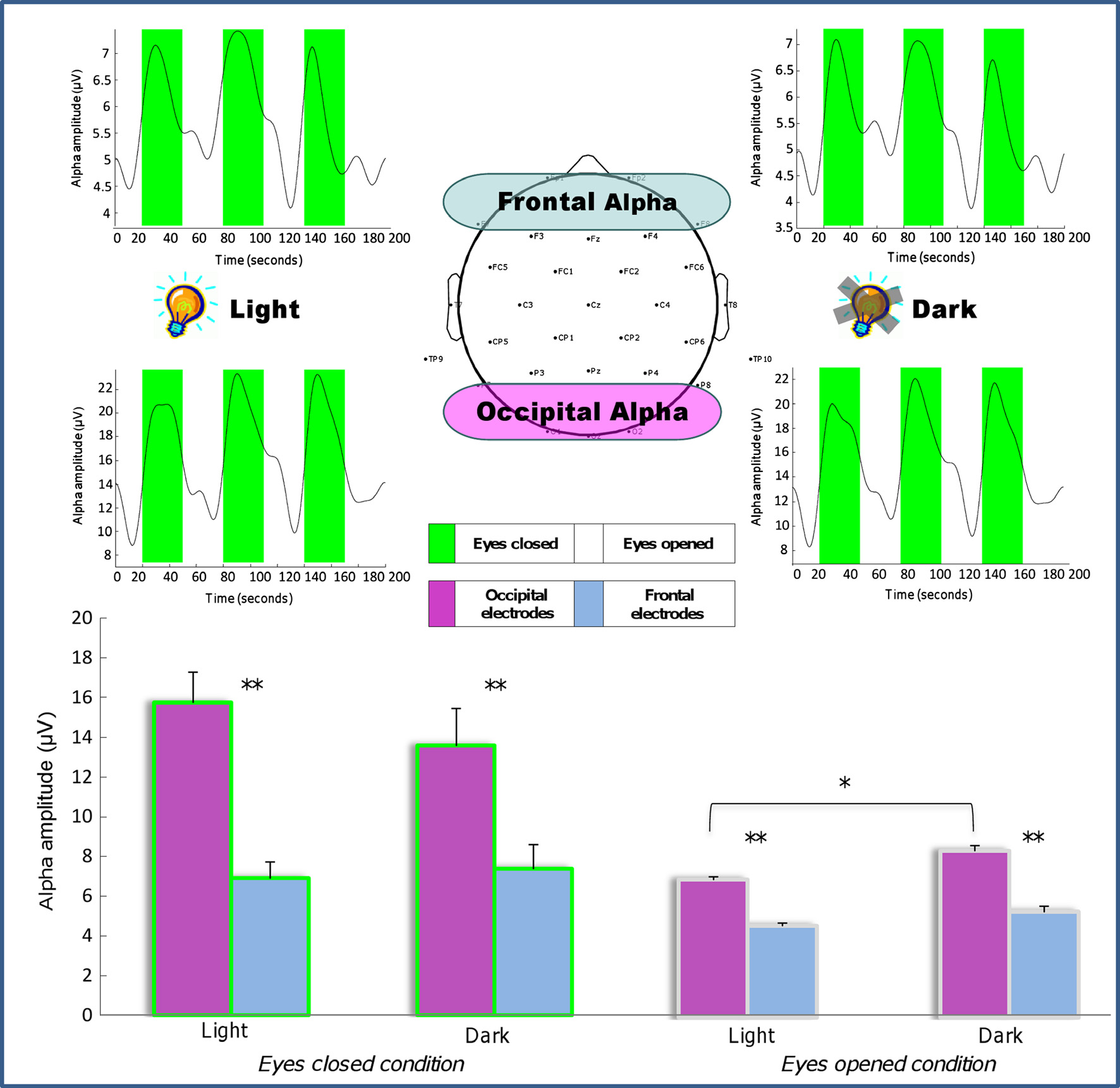 Notice how all the graphs show no significant difference between light and dark conditions in both eyes open and eyes closed cases.

Mounting evidence from studying blinking, saccades, and stimulating the retina from behind the eyelids (through the oral cavity) suggests that closing the eyes initiates an inhibitory process that actively blocks visual processing (rather than passively relying on darkness), so darkness is not necessary, only shutting the eyes is sufficient.

Not the answer you're looking for? Browse other questions tagged eeg brain-waves or ask your own question.

7
How does the alpha brain wave frequency range distribute over the population?
7
EEG Alpha waves during eyes open mindfulness training - any research on this subject
11
What happens in your brain when you see a dinosaur in this stenographic image?
2
Is there a mindfulness meditation technique that tends to produce gamma rhythms in the brain (and not just the alpha frequencies that are typical)?
3
Any research backing alpha waves and impact on subconscious mind
1
Definitions of the alpha wave in the revised glossary by Clinical Neurophysiology Practice?
0
Difference in MEG and EEG readings