What are the brain regions related to tinnitus shown in this figure?

I am interested in learning about the neural mechanisms behind tinnitus, and was wondering if someone could help me to name the parts of the brain on the image below from a site of the University Liege that show increased activity in tinnitus sufferers. 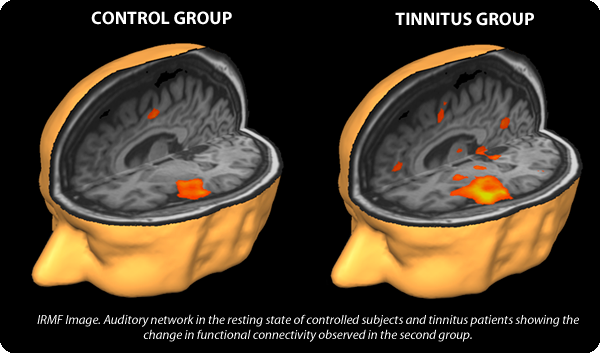 From what I understand, the large area showing increased activity is the auditory cortex in the temporal lobe, although my knowledge of brain anatomy is not good enough to identify the others (though I have tried!)

What are the names of the areas showing increased activity for the tinnitus group in the above image?

I wasn't able to find the exact figure in the literature or in the webpages you linked, but the pages you link include a web page with references, including a PLOS paper from the University of Liege on tinnitus that is closely related to your current question and from a group affiliated to the same academic institution (Maudoux et al., 2012).

This paper includes Fig. 1 below obtained from tinnitus patients and a group of controls where they found the following structures to be involved in altered (either increased or decreased) baseline connectivities (numbers correspond to Fig. 1, the ones indicated with '(-)' showed less activity, the others more): 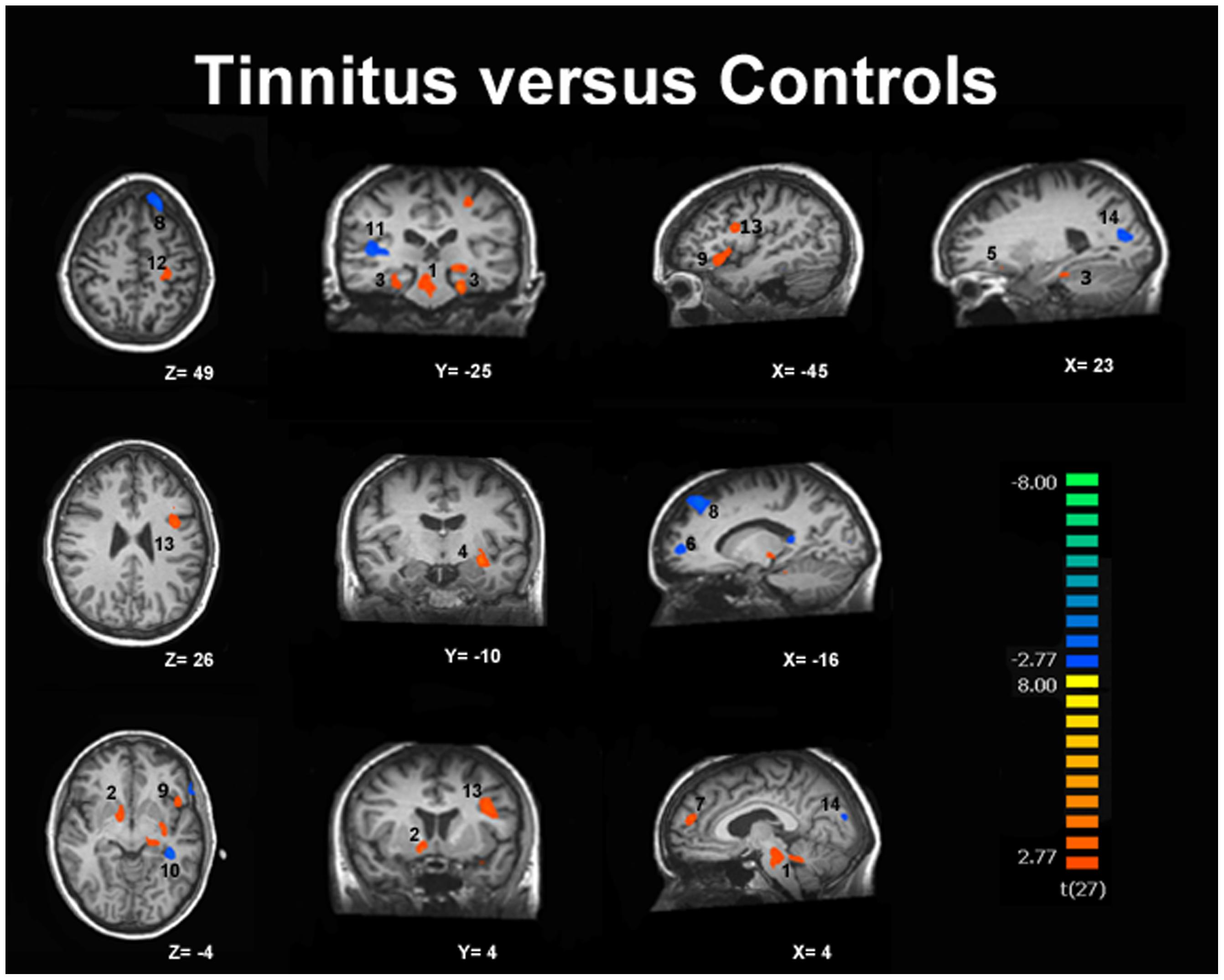 Not the answer you're looking for? Browse other questions tagged neuroscience neuroimaging neuroanatomy hearing or ask your own question.

3
Is Tinnitus caused by damage to the dorsal cochlear nucleus (DCN) or Auditory Cortex, which can be repaired?

8
What brain regions are activated when a dream is remembered?
4
Are axons in the brain weighted?
4
If the optic nerve transmits to both hemispheres, how do split-brain experiments work?
1
Which characteristics of neural activity patterns underlie conscious experience?
3
Is Tinnitus caused by damage to the dorsal cochlear nucleus (DCN) or Auditory Cortex, which can be repaired?