What color is this dress? -- And why do some see it as white and gold and others see it as black and blue?

Here's the dress (and keep reading, this is actually a serious question): 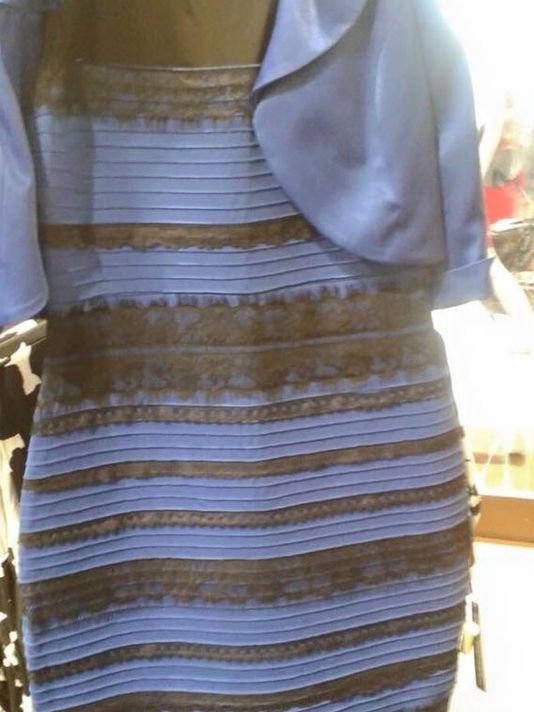 This question about this image has apparently become quite a rapidly spreading meme on the internet. And after conducting my own little home experiment I can see why! My brother an law looked at this image on the same screen as I did and said matter-of-factly that the dress is black and blue. I, on the other hand can't see this as anything but gold and white. I tried this question with a few others with similar results.

So the question is... what is going on here? What is causing this to either appear strongly as black and blue or gold and white?

My hypothesis: The world accidentally stumbled upon the first (to my knowledge) bi-stable color illusion

Here is an example of bistable illusion:

And here is an example of a color illusion: 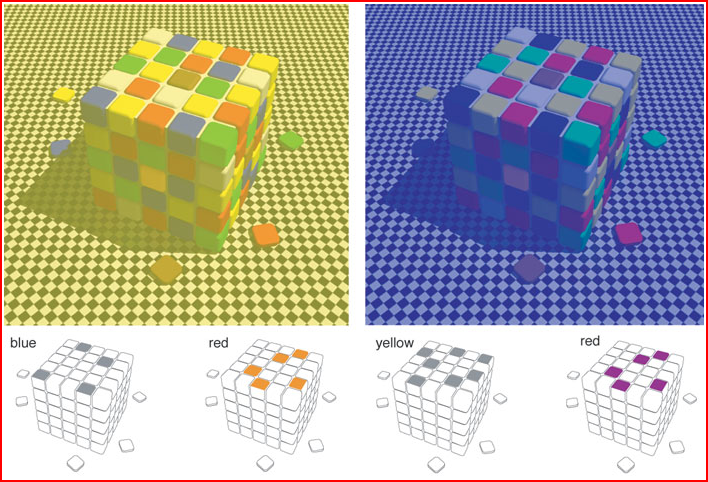 Amazingly the "blue" in the left cube and the "yellow" squares in the right cube are both the same color - grey! (Go ahead and take out your RGB color meter and see for yourself.) And the effect here is caused by the "context" of the color placed over the images of the cubes.

I'm thinking that somehow an ambiguous background to that dress image and the possibility for a fabric that has a sheen, is leading us quickly come to the subconscious conclusion that this is either a black/blue dress under bright yellow-tinted light or a gold/white dress that is in a bluish shadow. And whatever conclusion we start with is so strong that we can't break from it or see it any other way.

There is an interesting demonstration in this YouTube video (4:10 minutes) by Jean-Francoir Gariépy which shows a difference in the color perception depending on whether the dress is scanned from the top to the bottom of the image or vice versa. 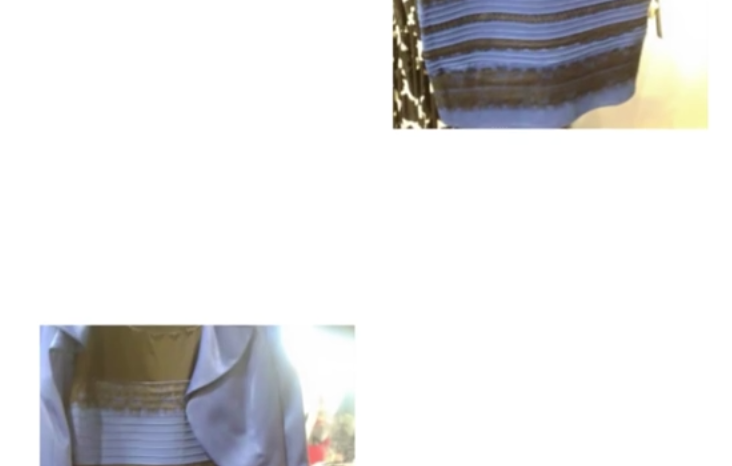 A conclusion from this could be that people scan pictures of dresses in different ways, although an individually calibrated color perception might of course still play a subordinate role.

Have people actually been shown a real photograph of this dress, i.e. an image that's not shown at the screen?

Look at your screen from beneath. Or if you have a laptop, turn the screen as far as possible away from you so that the angle between a line from your eye and the picture becomes very small. You can try it with this page. The blue on the top changes to a greenish color, and also other colors change. Anyhow, when you do this you'll see the color of the dress change from black and blue to white and gold. So the problem is related to looking at a (LED) screen from different angles. Black turns to white (grey, actually) and blue to gold.

For example, look at this photograph: 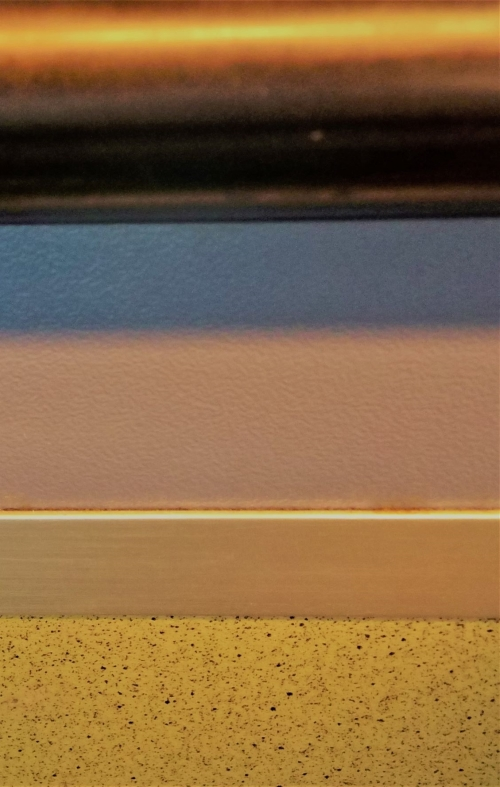 Now, look at it from beneath. What do you see?

Or look at an arbitrary picture somewhere on the web. You'll see the same effect.

I think that if the real picture of the dress (so not the picture on a screen) is shown to a number of people, all will perceive the dress as black and blue.

It was just a fake internet hype!

Not the answer you're looking for? Browse other questions tagged perception color optical-illusion or ask your own question.

24
Why is white on black considered higher contrast than black on white?
11
Why people choose "boring" colors for new cars?
8
Can prolonged neural adaptation lead to HPPD?
2
Is this some sort of soft-coded Grapheme-Color synethesia?
3
What is the optimal combination of text and background color for EEG experiments?
2
Is there an explanation of why some colors seem to move forward/backward on a 2D plane?
1
Why do we see shadows in the following black-and-white optical illusion?
3
Is Paul's Churchland claim about qualia supported by science?