How does this illusion - that I just inadvertently created - work?

As I was working on a basic chess application for Android, I loaded some chess clip art into my imageviews. Then this happened. Look closely at the top two rows. 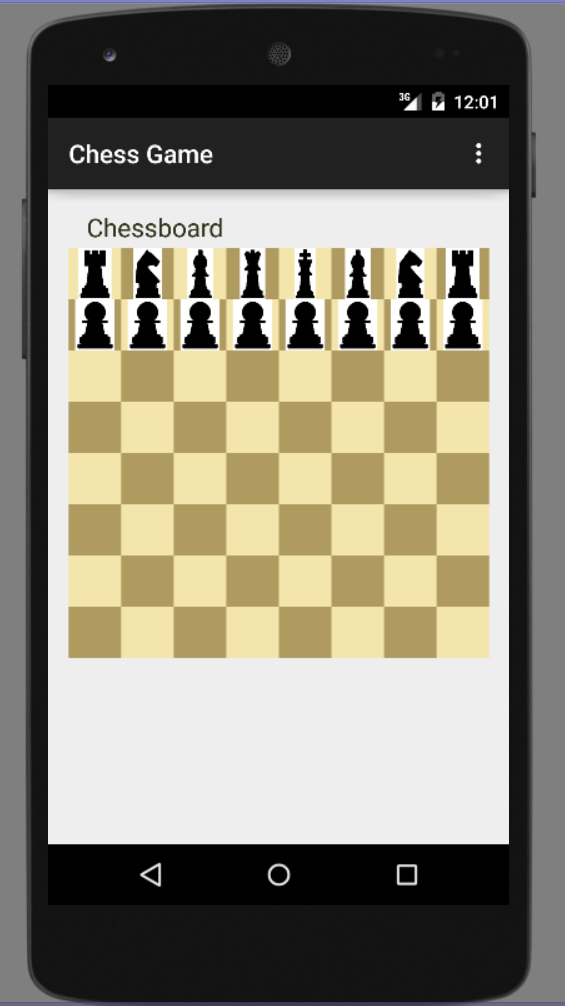 At first I was startled. My imageviews had reformatted themselves! But no. All the squares are still identically sized.

Question is this: How does this image fool our minds? What can illusions like this tell us about how the brain is wired?

This is likely related to other illusions of relative size, such as the Ebbinghaus (A) and Delboeuf (B) illusions.

These illusions show that perception is not a 1:1 representation of retinal input. Instead it is a mental (re-)construction.

As reviewed by Mrucek et al:

A number of factors produce assimilation and contrast effects in size (as in your example), central variables seem to be the distance and the similarity of target and inducing stimuli (Roberts et al. 2005).

This is getting a little bit off topic, but Mruczek et al. (2014) show that dynamic visual aspects can feed into this illusion too. Also check out the StarTrek illusion which also has a relative size component. Isn't that cool? The name alone...

These illusions may seem to be cute effects. However, they have important real world consequences. For example, Wansink and van Ittersum (2012; Ittersum & Wansink, 2013) investigated the effect of plate size on consumption. Imagine that the white circle in picture B is the plate and that the black cirle is your dessert. If you have a big plate you eat more, which is (also) related to the Delboeuf illusion. These illusions seem difficult to counteract:

Even a 60-min, interactive, multimedia warning on the dangers of using large plates had seemingly no impact on 209 health conference attendees, who subsequently served nearly twice as much food when given a large buffet plate 2 hr later.

I can't tell you the exact underlying mechanism unfortunately. I can analyze the illusion so as to approximate an answer.

Additionally, to me, the white fields seem to be bigger than the black ones, not so much the reverse. I think it is the illusion of the remainder of the black fields looking like they are offset and widening, which is most evident in pawn - bishop.

Hence, I think this illusion is to be sought higher up in the cortex, where visual images are interpreted as opposed to 'simple' retinal illusions.

Not the answer you're looking for? Browse other questions tagged perception cognitive-neuroscience vision consciousness or ask your own question.

6
Does “The Brain Machine” work?
2
Is this optical illusion the visual equivalent of binaural beats?
6
Does the structure of consciousness mimic that of the visual process?
5
How does the brain read rotated text?
10
What's the explanation of this optical illusion where many coloured arcs radiate from a central point?
9
How does masking work?
4
Does the strength of the simultaneous contrast illusion vary with the length of time it is viewed?
5
How does speed listening work?
6
If reality is just hallucination, how come different people see same objects
0
what causes this auditory persistence illusion?