"Need" vs "Want" in psychology

In marketing the terms needs and wants are usually used to refer to different concepts. It is not clear to me what exactly they mean.

In psychology what are the definitions for needs and wants? What is the difference between them?

To conlude, according to Berridge there are different "hedonic hotspots" in the brain that, according to the types of valences of the external stimuli, may modulate different processes such as: wanting, liking and 'needing' 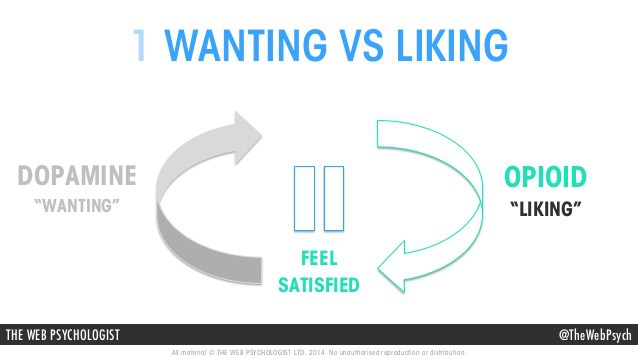 Wanting and Liking: Observations from the Neuroscience and Psychology Laboratory

Difference between 'need' and 'want' is pretty dynamic. However, the difference can be appreciated by answering a simple question, 'What if you don't get what you say you need/want?' If the absence of a particular thing creates a void in your life, then it's 'needed', else if its absence creates a manageable unease then it's only 'wanted.

The dynamic nature can be appreciated by a simple example. Telephone was a want, or some say a luxury in India back in 1980s, but today it's a need, or a necessity. Internet connectivity is somewhere between a need and want in India, but Canada has declared it as a 'right', that is, it has become a need in Canada.

Historically speaking, individual and species survival was the only need in paleolithic age, however with neolithic revolution, a permanent shelter became a need, and with the rise of civilizations, surplus food became a need because people needed to be free to carry out secondary and tertiary activities. Hence, the difference between 'need' and 'want' is based on historical, social, psychological, cultural and technological context.

Marketing people exploit these parameters to convert their product just from being a 'want' to being a 'need'. In corporate world they call it 'customer education'. Colgate advertisements told Indians in 1990s that salt can injure gums and therefore we shall use the tooth-paste instead of salt,converting a want into a need; fast-forward to 2015, the advertisements are asking if our tooth-paste contains salt, creating more want of a product which has already become a need!

@jsakaluk's excellent, well supported answer to Is Maslow's hierarchy of needs really accurate at labeling sex as a physiological "need"? gave a good rundown of the definition.

Definitions of "Needs", "Motives", etc., are dime-a-dozen. Though I don't necessarily agree with all the ingredients, I like how well explicated the criteria by Baumeister and Leary (1995) are, according to whom a fundamental need should:

8
Is Maslow's hierarchy of needs really accurate at labeling sex as a physiological "need"?