What is the most comprehensive system of describing human emotions or states of mind?

Reading about the human mind, I sometimes come across attempts to classify human emotions using various scales. The one that comes to mind most often is the 6 scale circle model shown below.

Is there one or more models of human states of mind or emotions that as of 2014 is most accepted or best regarded by the fields of cogsci/psychology/psychiatry?

To clarify my question - using a model like that, any ordinary experience of "being" can be identified as consisting of various shades of different emotions represented by the model. ? 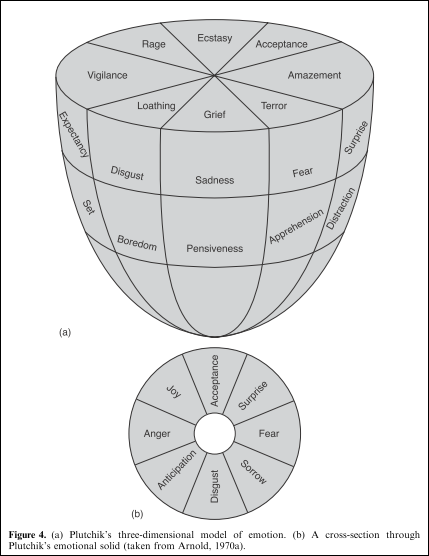 or even an attempt to create a periodic table: 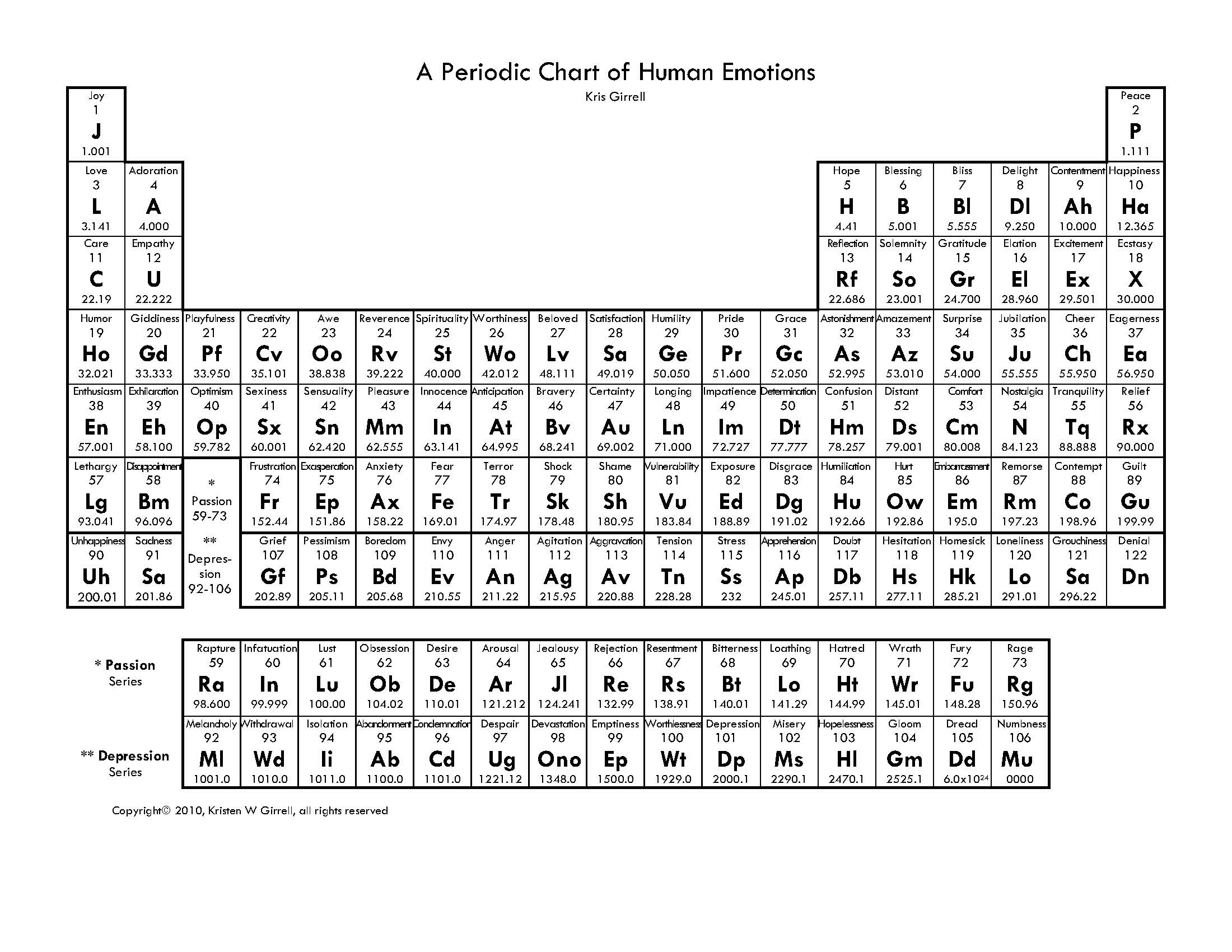 There a are globally two perspectives

It's not so easy to choose between the two perspectives. And there are different models for each perspective. Discrete based models are easier to handle by anyone because they make use of usual names. But it suffers a bias of interpretation of those names meaning. In this way, indicating a level of valence or arousal is maybe more accurate, but less user-friendly.

For the dimensional perspective, Scherer's Component Process Model version (2005) is quite comprehensive, based on the updated model of Russell (2003).

Depending of the model, some tools are developed to assess the emotion.

The recently published Atlas of personality, emotion and behaviour catalogues over 3,000 emotions (Mobbs, 2020). A summary of the emotions is below with a more comprehensive version included in the article. The atlas uses the dimensions of affiliation and dominance compared to the Russell model of affect and vallence. The article identifies the neurological and hormonal basis for the selection of affiliation and dominance as dimensions.

Not the answer you're looking for? Browse other questions tagged cognitive-psychology emotion measurement philosophy-of-mind categorisation or ask your own question.

2
Formalizing emotion
5
What are Frameworks for emotions?
4
Number of core feelings?
3
Is pleasure synonymous to positive reinforcement?
1
Is there an analog to the five factor model for emotion?

0
Regarding the mind and what it can affect
3
What is the most comprehensive model of executive control?
9
The mind as a state of matter or physical system?
2
Are there mental states that make the mind more susceptible to other negative mental states?
1
What is the term for two mutually exclusive, contrasting emotions
4
What is the difference between emotions, intuition and affect?
6
Does the subconscious mind communicate its analysis through emotions?