Dynamical systems theory as a metaphor in psychology: is it useful or not?

Dynamical systems theory as it is used in the context of developmental psychology, and by some psychoanalysts as in this article or in this video by the first speaker can be described as an attempt to introduce mathematical concepts in the study of psychological phenomena. Unlike other applications of dynamical systems theory, the above seem to use terms like "attractor" in an abstract or metaphorical sense, that is, outside of a formal mathematical context.

Like all models and modeling frameworks, the utility of the approach is often tied to how much it increases our understanding of the phenomena of interest. As summarized nicely by Smith & Thelen (2003), there are developmental questions that are better conceptualized through the framework of DST than through alternative modeling frameworks due to the richly interactive and multi-causal structure of the phenomena.

You'll also find that applications of DST in Developmental Psychology are not just appealing to the metaphorical use of DST. There are rigorous mathematical uses of the tools of DST to explain developmental phenomena. One of the most cited examples is Thelen et al. (2001), who modeled the A-not-B error. There is a lot of similarly inspired modeling work being done throughout the field.

Dynamical systems models is commonly used in the domain of perception and action. See Warren, 2006 for a comprehensive review. This work uses the mathematical formalism of dynamics and not just the metaphorical concepts. An exploration of the references of Warren's paper, as well as of papers that have cited it, will find many examples of dynamical models of perception and action.

For another example of dynamical modeling in perception-action research (with moves toward more "cognitive" models as well), I recommend Scott Kelos' Book Dynamic Patterns. This is an accessible overview (10 years before Warren's paper) that makes very explicit the connection between the metaphors and actual models.

All that said, even within perception-action, there are many researchers who use the metaphorical concepts of dynamical systems theory inexactly. A chapter of my Ph.D. thesis will be on incorrect use of the terms "attractor" and "bifurcation", etc., in the literature. (playing fast and loose with fixed points vs. nullclines, state variables vs. parameters, etc.)

Psychoanalysis is a tricky subject. Unlike cognitive behavioural psychotherapy its goal isn't expressly to teach a new behavior but to find a source of a stimulus. If strands of thought based on rational movement and happenings were a line then the human condition certainly would be nonlinear because so much of what we do is a reflection of our training and associations from the past both conscious and subconscious. Though we know not the exact equation of consciousness we can accurately theorize that human intelligence is reflected in the artificial intelligences we have created. For instance some decisions can be mapped out as a proposition logical equation simular to a decision tree. Other decisions are based purely on instinct like neural networks and some come from recognizing and finding things that please and displease us like SVMs. Some of those equations would have random variables of course but much of what we do has been predetermined.

Something like this decision tree probabilities and truth values of situations contribute to the end result: 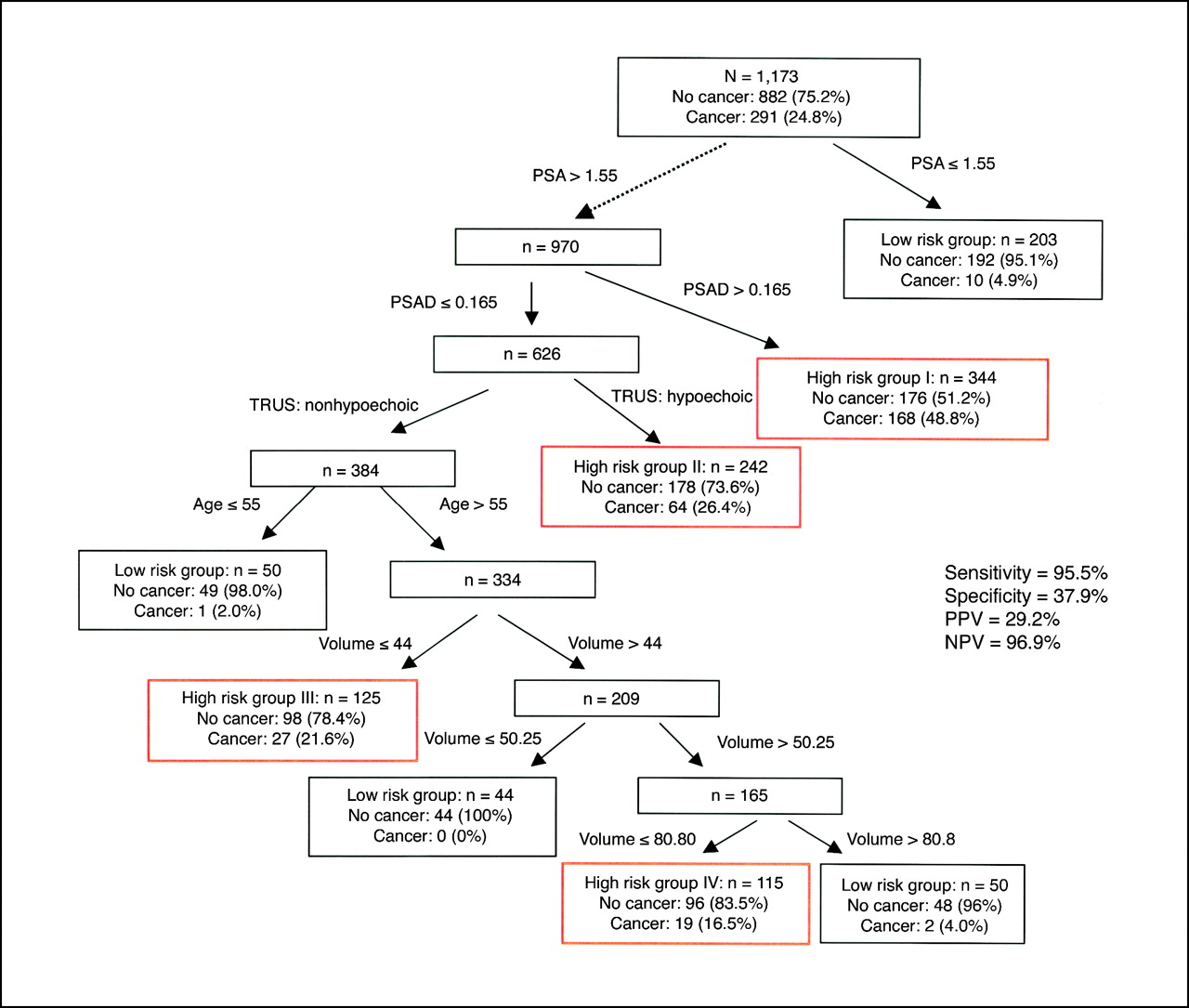 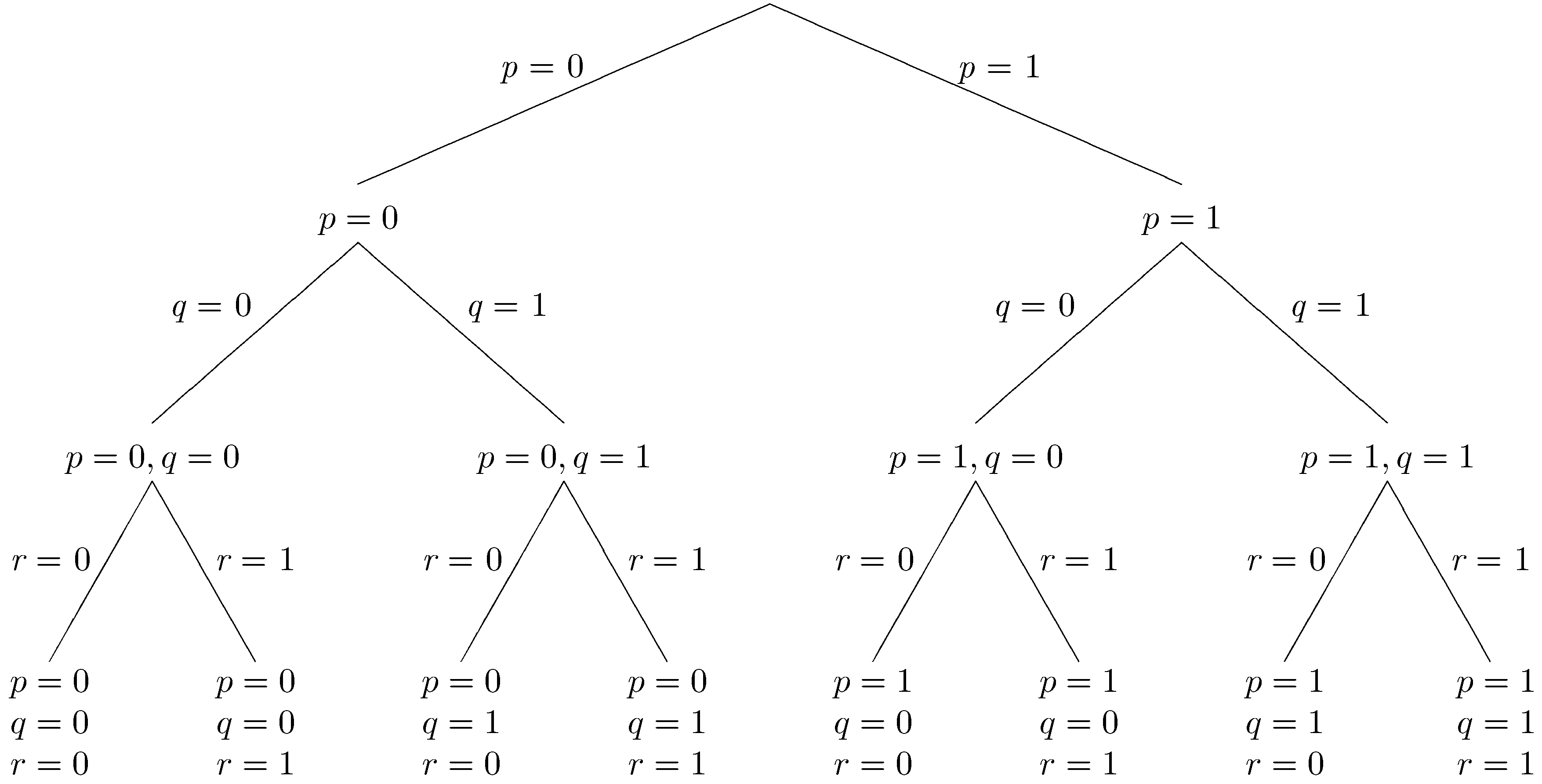 Other decisions can only be explained in terms of an equation of neurons firing and pleasure or goodness derived from each neuron like an SVM or Neural Net.

SVMs create linear and nonlinear discriminants which is a line that tells groups apart based on features. They can be quite complex in their ability to discriminate between pleasure and pain or classify an object. 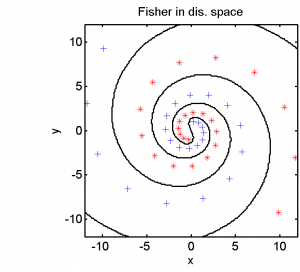 Neural networks work based on several input senses which are weighted then ran through a function to determine if a pathway is activated.

The equation for sexual position of greatest preference might include things from past experiences, prejudices and preferences for pornography actors who were in that position, feelings associated with bending and flexing that way. Then as Freud acuaratly pointed out seeming random things from childhood that logically should be completely separate from sexuality but because we are connected individuals built systematically.

So yes using math especially those related to artificial intelligence, time series and propositional logic are useful methods in describing psychic phenomena. Simplifications of the aforementioned sometimes contributes to misunderstanding of how humans think but can be implemented in ways that facilitate understanding for those of less experience or education.

Not the answer you're looking for? Browse other questions tagged reference-request developmental-psychology psychology or ask your own question.

32
What are good examples of applying dynamical systems in cognitive science?
8
Differential equations in psychology
7
Does neurodynamics have any relation to psychodynamics?

7
Introductory resources on developmental psychology/neuroscience
10
Criteria for evaluating cognitive systems
4
What is the difference between Symbolism and Abstract thinking in Piaget's Theory?
3
Psychological explanation for the success of “class systems” in video games
2
How to pursue a Psychology career in academia from non-Psychology background?
2
Did research in psychology lead to any useful technology?
3
Is psychology an art or work?