Do Kahneman–Tversky results hold for longer periods and aggregate behavior?

Kahneman and Tversky (1979) show findings that can be summarized in this plot: 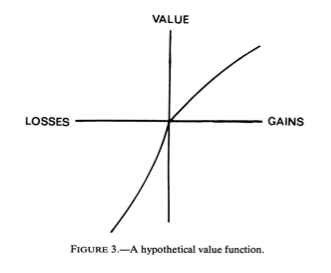 They show that humans dislike losses "more" than they like comparable nominal gains. The results come from a series of brief experiments.

Can these results be valid in the following situations?

That is, if workers become unemployed in a recession, can we apply the Kahneman–Tversky framework to explain, say, their likely protests (and it's not enough to restore their incomes because the loss is overweighted)?

Or from the point of psychology, a wage loss looks differently? To clarify the latter, a wage loss leads to a series of negative events, each of which has a negative impact. But does this chain still yield the effect similar to the depicted one, as we sum up the impacts?

Alternatively, how often does the reference point tend to refresh itself, so that we could treat the next event as happening at (0, 0) in the plot and not just as an add on to the previous event?

The framework is not so literal, anyway; but maybe the question still makes sense at the given level of abstraction.

Browse other questions tagged social-psychology economics behavioral-economics or ask your own question.

11
What are the key algorithms for learning optimal behavior of economic agents?
7
Relationship between cognitive load and self-indulgent behavior in simple task completion
22
Is there a causal connection between repressive sexual morality and antisocial behavior?
2
How does look, tone and voice manipulate behavior
1
Using Cognitive biases for behavior change?
1
Does the Milgram experiment produce different results for people who believe the final voltage is deadly?