What's the explanation of this optical illusion where many coloured arcs radiate from a central point?

I saw the image below on facebook. At first, I thought it's a GIF animation since it doesn't appear static but it turned out to be a static JPEG image and the apparent motion is caused by the brain. So why does my brain trick me into believing that there's something moving? Does the brain have a purpose to do this optical illusion? 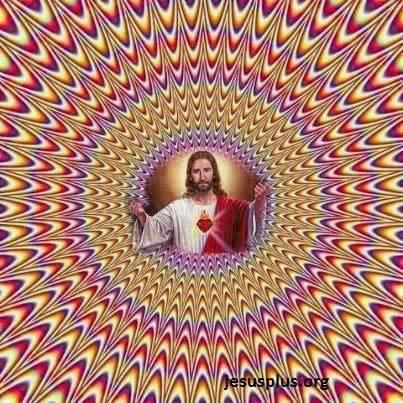 This is a type of illusory motion (or motion illusion) called the Enigma Illusion. 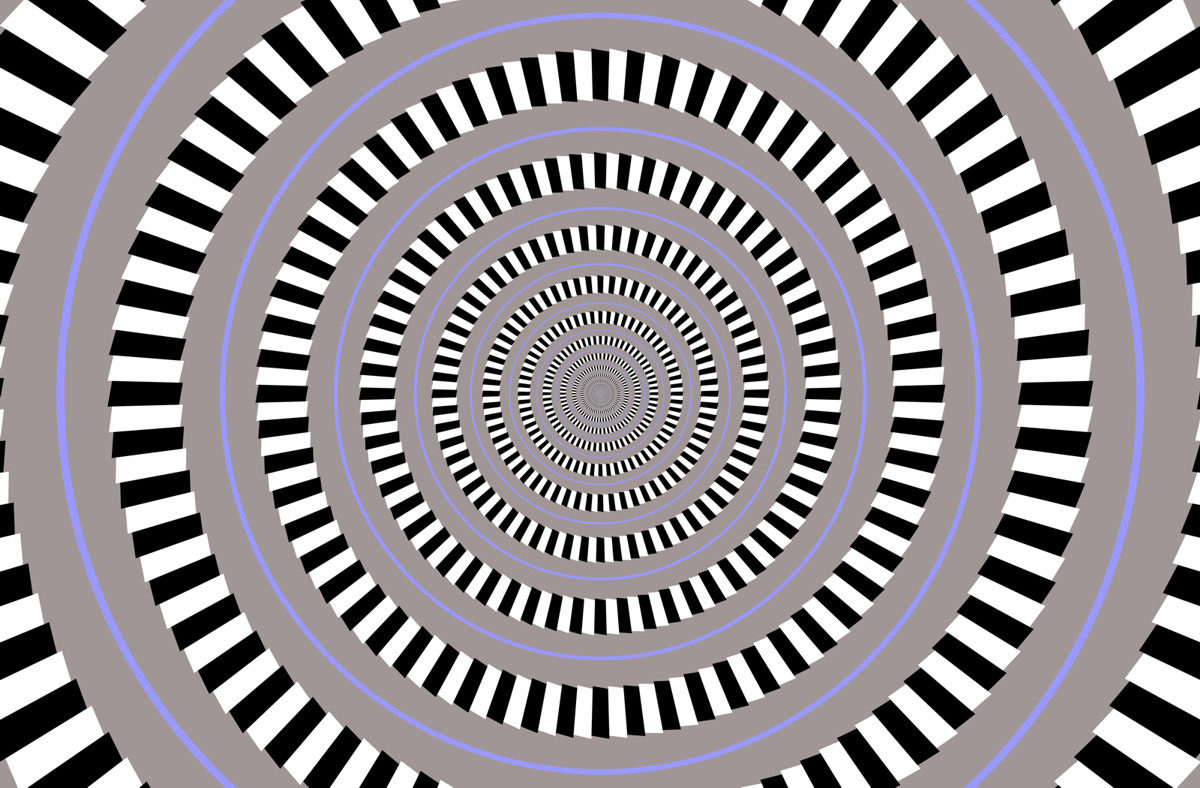 A common theory is that particularly high-contrast colours are perceived separately in the retina (perhaps turning photoreceptor cells on takes a slightly different amount of time than turning them off), and as a result, the signals from the retina arrive at the visual cortex at slightly different times, causing the illusion of motion. Comparison of brain activity using fMRI between actually moving and apparently moving images shows similar activity in the visual cortex, supporting the assertion that the illusion is caused at the retina rather than at the visual cortex.

In the particular case of the Enigma Illusion:

When the eye movements, called microsaccades, were suppressed, test subjects reported that the Enigma illusion — an illustration that seems to flicker and turn — remained stationary.

That is, small, rapid, unconscious eye movements are also involved in creating the illusion.

The reason for optical illusions such as this one is a side-effect of the way the brain processes typical visual information efficiently, at the expense of handling unusual situations incorrectly.

Mark Changizi proposed another level of understanding this illusion based on the "Perceiving the Present" hypothesis. Here is the explanation:

Optical illusions are actually a result of our brains trying to predict the future. When light hits our retina, it takes about one-tenth of a second for our brain to translate that signal into perception. This neural delay makes our brains generate images of what it thinks the world will look like in one-tenth of a second. It's not always right.

“Your brain is slow, so you need to basically create perceptions that correct for that delay,” said Changizi, director of human cognition at 2AI Labs.

Creating an image of the very near future probably kept early humans alive because it kept them from bumping into dangerous objects or being attacked by a fast-moving predator.

To learn more about the "Perceiving the Present" hypothesis

Not the answer you're looking for? Browse other questions tagged vision optical-illusion or ask your own question.

8
How do people visually recognize their own reflection?
8
What does the visual feed from the retina look like before it is processed by the visual cortex?
6
Are scintillating scotomas really caused by cortical spreading depression? If so, how is this known to be true?