How exactly do we construct perceived IQ by facial features?

There are claims that humans can recognize others' IQ.

What's the difference between the below images that shows men's IQ? 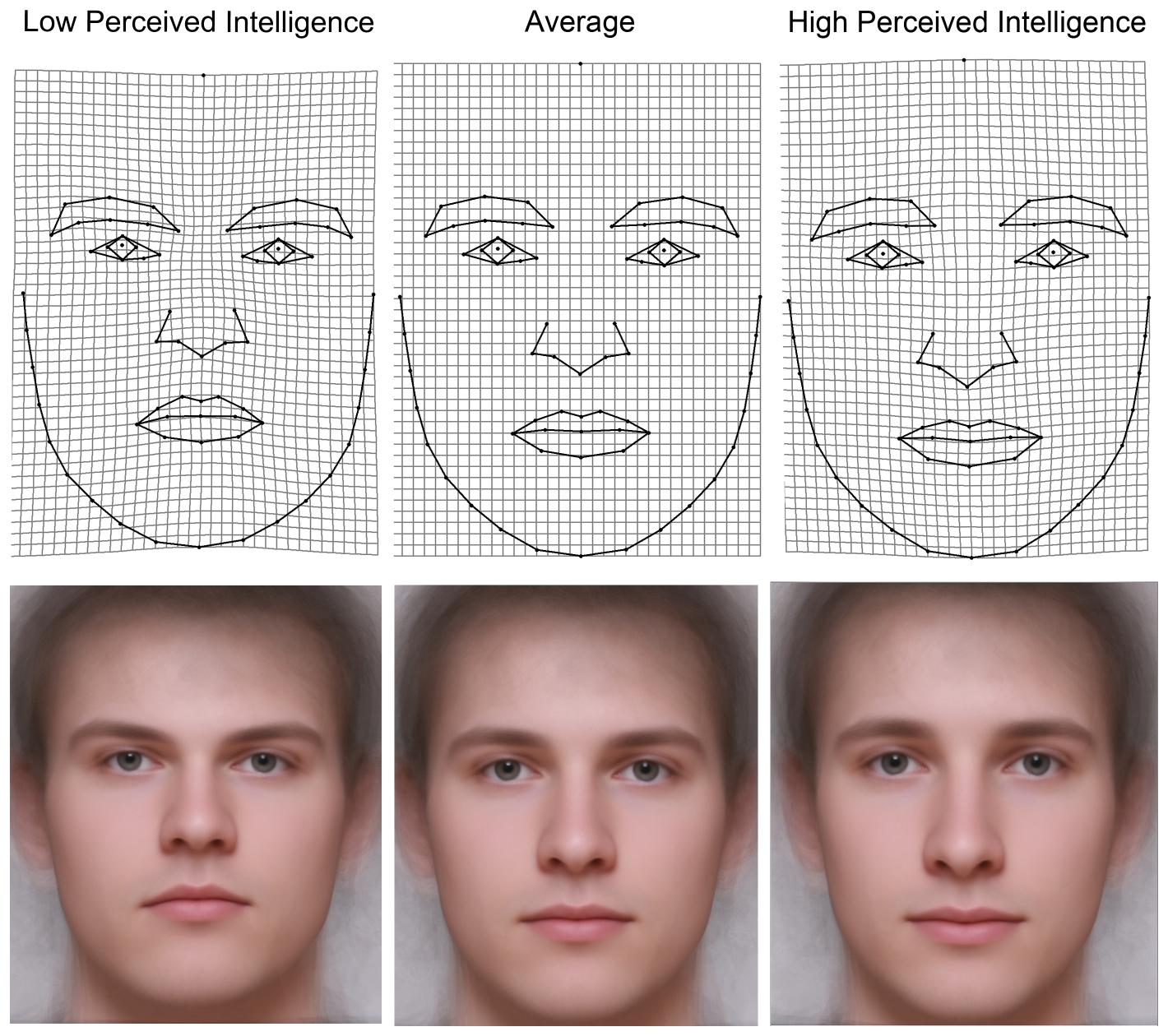 Personally, I can "feel" that the guy with high perceived intelligence (on the right) does indeed look the most intelligent.

However, what is the reason behind this gut feeling? The nose being wider? Is it the slanting eyes? I found the associated grid drawings, but I still can't seem to figure it out.

The images you've linked are composites, and so probably don't contain the characteristics by which raters were able to judge IQ accurately. The original article (Kleisner, Chvátalová, & Flegr, 2014) is freely available and appears to answer your question in its abstract:

Faces that are perceived as highly intelligent are rather prolonged with a broader distance between the eyes, a larger nose, a slight upturn to the corners of the mouth, and a sharper, pointing, less rounded chin. By contrast, the perception of lower intelligence is associated with broader, more rounded faces with eyes closer to each other, a shorter nose, declining corners of the mouth, and a rounded and massive chin.

No specific traits that correlated with real intelligence were detected with standard geometric morphometric methods. Men and women with specific facial traits were perceived as highly intelligent. However, these faces of supposed high and low intelligence probably represent nothing more than a cultural stereotype because these morphological traits do not correlate with the real intelligence of the subjects.

The authors speculate on (but did not analyze) other factors that might explain the perceptibility of actual intelligence apart from the factors visible in the composites, including:

Particular configurations of eyes or gaze, colour of eyes, hair and skin, or skin texture.

All of these characteristics would be wiped out in facial composites, so you probably can't actually perceive intelligence accurately from the images you've embedded according to this study.

Not the answer you're looking for? Browse other questions tagged perception iq or ask your own question.

15
How is the size of a video related to its perceived quality?
53
Is Golden Ratio's association with perceived beauty a myth?
17
What stimulus features determine the psychophysical power law exponent?
4
What factors influence a person's perceived expertise?
8
What exactly is IQ, and how to develop or improve it?
10
Why is an image of a face without features disturbing?
9
Are some facial features more important than others in human facial recognition?
3
Is speech perceived as set of phonemes by human?