Can observing a composite photo of one's own face have an impact on own personality?

A while back I created an iPhone app that helps me create a composite like the one below. Can observing such a composite have an impact of attributing the qualities perceived in the composite to oneself? For example feeling more open or extraverted. 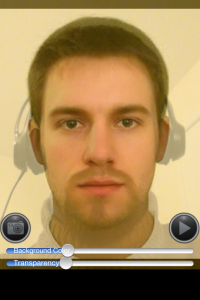 The reason I'm asking is that I foundthis answer to question about facial features and personality. Within an answer, there's a link to this paper: Personality judgments from natural and composite facial images.

The paper suggests that ordinary, untrained people are capable of naturally recognizing and rating a face on a big 5 personality traits. The author proceeds to show that composite faces that are rated high on the "socially - desirable" traits, like extraversion, openness and agreeableness are rated as more attractive by the study's test subjects:

Here are the attractiveness ratings summary from the male faces above: 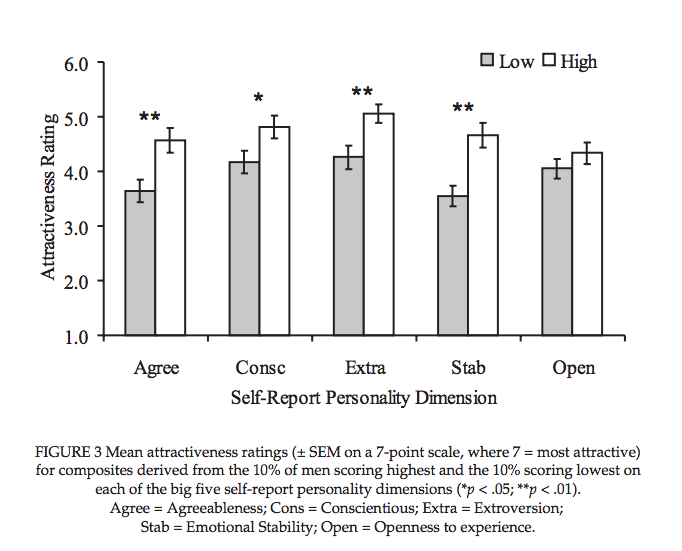 When using my app, the user's brain is tricked into recognizing the composite image as one's own, because it is made of a live camera image + static image, and the image can blink, smile, frown, etc. The brain merges the two images, potentially distorting the true geometry of one's face by perceiving a composite image.

Here is a quote from that article on the self fulfilling prophesy effect (page 635):

For example, people with facial features that elicit attributions of agreeableness may be treated as more trustworthy and may perhaps consequently develop more agreeable personality characteristics.

I'm interested if perceiving such composite can activate the same mechanisms used to judge other faces, thus creating the same self-fulfilling prophesy and having an impact on one's personality?

Probably a part of the answer to the question is in answering the question: "does one's own image in the mirror affect one's personality?"

Browse other questions tagged social-psychology perception personality or ask your own question.

13
Are there recent theories on physiognomy?

8
How do people visually recognize their own reflection?
10
Why is an image of a face without features disturbing?
4
Can a person with multiple personality disorder have one of their personality based on a real person?
1
Jung's Anima and Neurological Basis in Split-Brain Patients; Left-Persona and Right-Anima