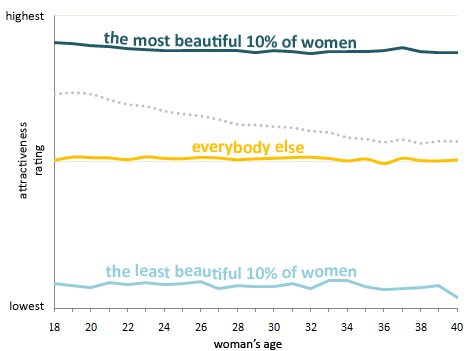 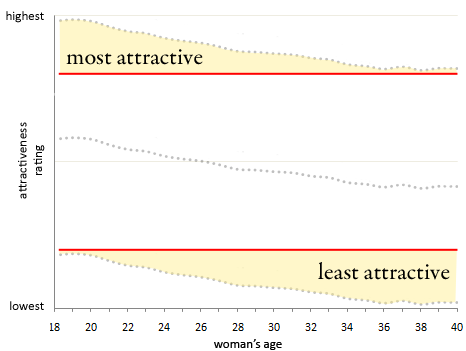 There's data in this reddit post that points to about 14 being the age girls are at their most attractive to men (exactly as biology predicts).

My biggest Problems with studies like the Okcupid...they only allow for members 18+. So you end up with data screwed a bit higher than would probably be norm. Also with the social stigma of finding someone attractive underage, if the person is aware they would say NO. Also Men in their 20's tend to want a girl they can take drinking so that it is somewhere they are familiar/comfortable with and of course, drunk girls are easier (not condoning in any way just saying it happens)