How do auditory and visual hallucinations differ within the brain?

I asked this question.

Short answer
It is mainly aberrant activity in the higher sensory association areas that is linked to hallucinations.

Background
Brain imaging studies of hallucinations come in 2 flavors: “state” and “trait”. State studies are so-called symptom-capture studies, where subjects signal the start and end of a hallucination. During this window, the brain activity is recorded and compared with the resting state. Trait studies compare people with hallucinations to those that do not (Ford et al., 2015).

A state study suggested modality-dependent activation of association sensory cortices during auditory, visual, and multisensory hallucinations (Fig. 2). However, primary-sensory-cortex recruitment was not systematic and was shown to be only associated with increased vividness of the hallucinatory experiences (Jardri et al., 2013). 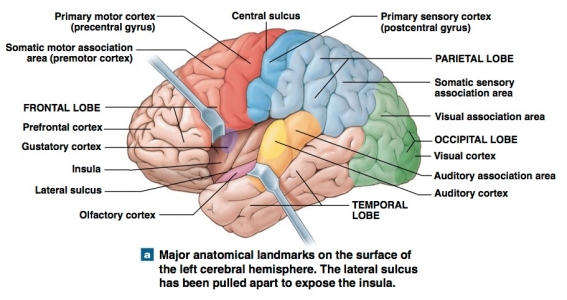 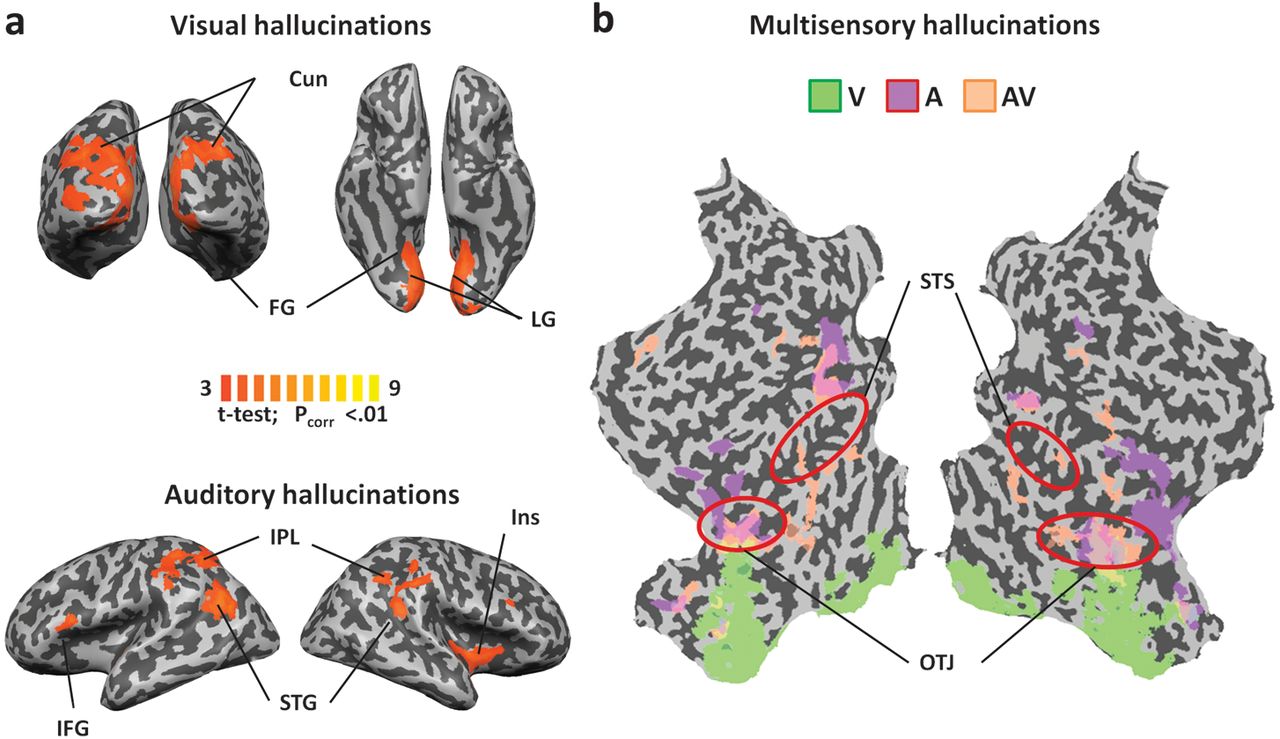 Fig. 2. fMRI analysis of the hallucinatory experience in 20 adolescents with brief psychosis disorder. (a) The bilateral ASCs activated during hallucinations: the cuneus (Cun), lingual (LG), and fusiform (FG) gyri during visual hallucinations; the anterior insula (Ins), inferior frontal gyrus (IFG), inferior parietal lobule (IPL), and superior temporal gyrus (STG) during auditory hallucinations. (b) An overlapping visualization of the auditory (purple), visual (green), and cross-modal (orange) components superimposed on a bilateral and flattened cortical mesh. OTJ and STS were activated during audiovisual hallucinations (AV, see Table 2). Activity in the STS was specific to multisensory hallucinations, whereas the OTJ presented a variable organization with overlaps between voxels responding to A, V, and AV inputs. Figure and legend source: Jardri et al. (2013)

17
What form might Jungian archetypes take in the brain?
10
Non coitus sexual activity and the brain
6
How are hallucinations generated, is it related to dreaming?
6
Do many people have an "Accompanying Voice" - an equal they converse with?
5
Do cats exhibit the bouba/kiki effect?
1
The differences between sensory distortions and hallucinations
-1
What is the difference between the processing of visual information and auditory information?