Sheila Gregoire suggests that increasing the amount of sexual activity increases a woman's sexual desire in general. I can postulate that child bearing and raising impacts significantly upon a woman's life and that possibly, when a woman finds a mate worthwhile, it is a primitive drive to reproduce.

In studies by Winnifred B. Cutler, it is demonstrated how, as sexual frequency declines so does sex drive, for women. 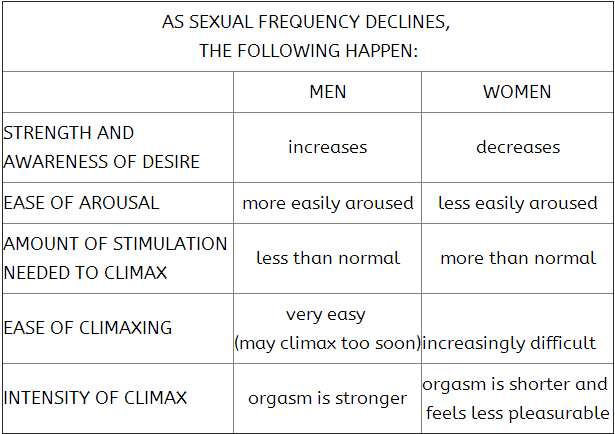 High SDD may then lead some females to put more resources into the relationship in order to work toward future sexual contact and increase the intimacy and closeness in their relationship. In this way, SDD may serve among female partners as a motivator to enhance and support the relationship as it progresses toward higher sexual frequency.

It mainly would depend on the quality and satisfaction of the sexual intercourse that would determine whether a woman's desire for greater sexual frequency would increase or not. Assuming that quality and satisfaction of sexual intercourse is high for the woman, I would say that this would increase a woman's future desire to have sex. Processes on positive expectancies give rise to higher perceived quality of the sexual relationship (McNulty & Fisher, 2008) and thus, in my opinion, if the woman expects sexual intercourse to be as good as a prior experience, they're more likely to desire it more.

17
Does the relationship between positive mood and motivation for sex differ between males and females?
5
Why would a behaviour effect one sex?
4
What are the effects of casual sex on men versus women?
10
Non coitus sexual activity and the brain
3
Do female victims of rape have an increased risk of becoming a sex offender?
10
Do men have a higher sex drive than women?
9
Are there empirical studies showing that one sex is more sexually selective than the other?
0
Can hocd change sexual orientation?
0
How Sexual fluidity works?