Why do people want what they don't have now?

What causes individuals to desire something they don't have and once they have it we desire to have something else -- or something which we left behind a while ago -- again?

Reset to default
0
$\begingroup$
Want to improve this post? Add citations from reputable sources by editing the post. Posts with unsourced content may be edited or deleted.

The reason for desire or want or liking is Pleasure. Various people have various things to get pleasure: from Money, from Power, from Love etc. etc.

But this pleasure is always based on comparison. For ex: I may have money, power, wealth and love. I am satisfied with all these. When I encounter another person who has all these things but with another proportion, then I tend to "HAVE/POSSESS" that. The reason could be, "THAT" appears more pleasurable to me than what I have.

There is no absolute answer to this question 'Why man seeks pleasure? or Where it comes from?'. We may need to understand the nature of pleasure, how it occurs etc etc. Read this link and you may understand scientifically what is want/desire/liking/pleasure.

There is also a philosophical answer to your question which is related to mind. As put by Hindu philosophy, Mind always seeks pleasure. This pleasure, found in external things, is always in the form of self satisfaction. It feels happy with possession of things outside.

But once it turns inward and looks at itself, it understands its nature. This comes out of intelligence. Then it gradually seeks inner calmness rather external cravings. Resting in inner peace and calm is more happier and blissful to Mind. But it is under illusion that it finds pleasure in things in the external world. The reason being mind, as put by Hindu/Buddhist philosophers, identifies itself with the body and it thinks it has a separate individuality - "I", "ME","MINE". When there is a separation like this, automatically there is a comparison. When comparison exists, desire sprouts. You better read about mind in Google. Lot of notes and articles are there.

This is more along the lines of novelty.

Reason being, once a subject acquires the object longed and desired for, the novelty level within the subject is diminished and must be refilled.

To be more specific, what needs to be refilled is dopamine. Novelty produces dopamine and dopamine is well know as the brain's fuel driving satisfaction. So remove that and guess what your going to try to reproduce?

Why do we want what we don't have? There are many different answers stemming from diverse theoretical approaches. I will list a couple, drawing heavily on a older review by Lynn (1992) who has collected different ideas about why desirability can sometimes be increased when something is unavailable to us.

It stands to reason, however, that we are often quite good in rationalizing why we don't want the things that we don't have (e.g., Kay, Jimenez, & Jost, 2002).

Why we want things is a very broad question. As to why we specifically want things we don't have, I commented in jest that it does not make sense to want something you already have. Basically if you attach value to something you have, you would say that you “like” it, not that you “want” it but the distinction might not necessarily reflect a difference in some fundamental psychological process.

The immediate reason could be that these things provide us with “reward” or “pleasure” – which is certainly often true at a phenomenological level and can possibly be associated with specific brain structures – but that's not explaining much. As Greg mentioned, there are also many empirical results and theories suggesting that, to a point, we seek novelty and stimulation for their own sake. That could be a reason to want things specifically because we don't have them already or at least in part because we don't have them already. (The idea is very old and has been expressed in various ways, e.g. the Yerkes-Dodson law.)

On the specific point of regret and wanting to go back, one thing is that we are not always good at gauging how we will feel about something we have not experienced yet. Research on this goes under the name “affective forecasting”. Once you have it/did it/experienced it, you might realize that it is not as good as you expected and reverse your decision (or not, incidentally). Also, the notion that we seek novelty implies that the novel stimulus will become less pleasurable with repetition (but the opposite process has also been observed, e.g. in “mere exposure” research). At some point, we might become “bored” and find any change attractive, even if it is to come back to something we tried before.

Most frequently people want a different version of what they already have or have liked in the past. That's why there are countless "clones" of video games, movies and books.

Coolidge Effect explains why people devalue past sexual partners over time (as in your girlfriend example) and seek novel partners instead.

Another explanation is that people want whatever spikes their serotonin and dopamine reward systems the most. 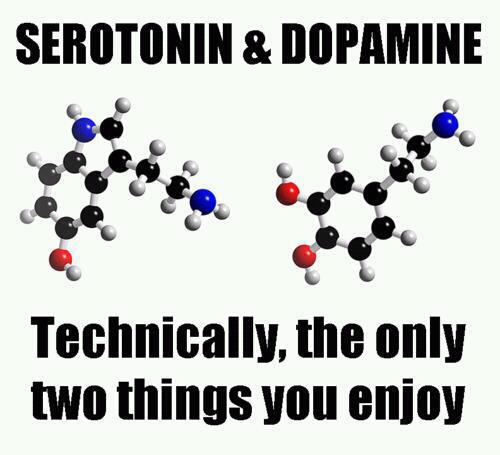 In economic terms this can also be defined in terms of marginal utility of a thing, experience etc (von Neumann and Morgenstern, 1944). As soon as you have (enough of) something and/or got used to having it, something novel and/or relativelively scarce that might be useful will seem attractive. Maybe because it's evolutionary fit to strive for the optimal combination to increase pleasure.

Not the answer you're looking for? Browse other questions tagged social-psychology emotion motivation consumer-psychology or ask your own question.

6
Why is it common for people to default to a single causal source to explain new phenomena?
18
What is the term for human beings' tendency to obey without thinking?
17
If people did not have to work, what would motivate them to work?
8
What is the psychology behind the need to be the centre of attention?
3
Do dissatisfaction with a job and relationships share the same mental mechanism?
9
Is there a neutral term for people who tend to avoid face-to-face or video/audio communication?
2
Is there a criterion to distinct between a philia and a paraphilia?