Is Tinnitus caused by damage to the dorsal cochlear nucleus (DCN) or Auditory Cortex, which can be repaired?

It is well known that loud noises can lead to hearing problems such as temporary hearing loss or tinnitus (ringing in the ears) and even permanent hearing loss. But this is the first time scientists have been able to identify damages to nerve cells as a result of noise exposure.

The research allows us to understand the pathway from exposure to loud noises to hearing loss. Dissecting the cellular mechanisms underlying this condition is likely to bring a very significant healthcare benefit to a wider population. The work will help prevention as well as progression into finding appropriate cures for hearing loss", said the lead researcher Dr. Martine Hamann, from the University of Leicester in the UK. (Hear-it.org, 2014)

Abstract
Maladaptive auditory cortex reorganization may contribute to the generation and maintenance of tinnitus. Because cortical organization can be modified by behavioral training, we attempted to reduce tinnitus loudness by exposing chronic tinnitus patients to self-chosen, enjoyable music, which was modified (“notched”) to contain no energy in the frequency range surrounding the individual tinnitus frequency. After 12 months of regular listening, the target patient group (n = 8) showed significantly reduced subjective tinnitus loudness and concomitantly exhibited reduced evoked activity in auditory cortex areas corresponding to the tinnitus frequency compared to patients who had received an analogous placebo notched music treatment (n = 8). These findings indicate that tinnitus loudness can be significantly diminished by an enjoyable, low-cost, custom-tailored notched music treatment, potentially via reversing maladaptive auditory cortex reorganization. 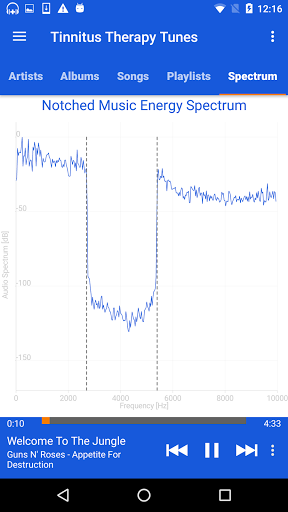 The hear-it.org website at the paged linked above says:

Loud music played on earphones causes hearing loss by having a similar effect on nerves as multiple sclerosis, research finds. The research shows that noise levels above 110 decibels strip insulation from nerve fibers carrying signals from the ear to the brain. Loss of the protective coating, called myelin, disrupts electrical nerve signals.

Looking for the source, it seems to be coming from John Von Radowitz's article within The Independent newspaper (2012), stating that:

With both articles mentioning Dr. Martine Hamann from the University of Leicester, I found that she was involved with three studies in that year.

The article which seems to be related is Pilati, et al. (2012), which states within the abstract:

Here we investigate mechanisms contributing to excitability changes in the dorsal cochlear nucleus (DCN) shortly after exposure to loud sound that produces hearing loss. We show that acoustic overexposure alters synaptic transmission originating from the auditory and the multisensory pathway within the DCN in different ways. A reduction in the number of myelinated auditory nerve fibers leads to a reduced maximal firing rate of DCN principal cells, which cannot be restored by increasing auditory nerve fiber recruitment. In contrast, a decreased membrane resistance of DCN granule cells (multisensory inputs) leads to a reduced maximal firing rate of DCN principal cells that is overcome when additional multisensory fibers are recruited. Furthermore, gain modulation by inhibitory synaptic transmission is disabled in both auditory and multisensory pathways. These cellular mechanisms that contribute to decreased cellular excitability in the central auditory pathway are likely to represent early neurobiological markers of hearing loss and may suggest interventions to delay or stop the development of hyperactivity that has been associated with tinnitus.

The following is also in the article: 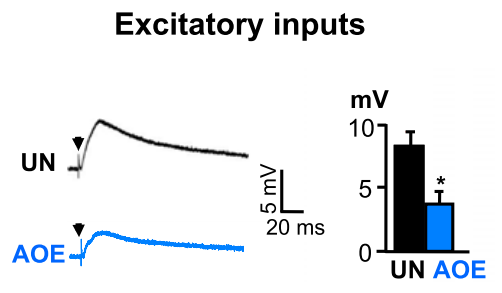 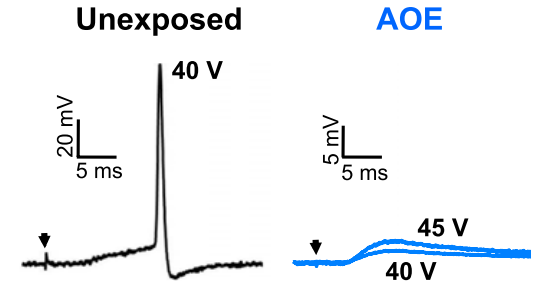 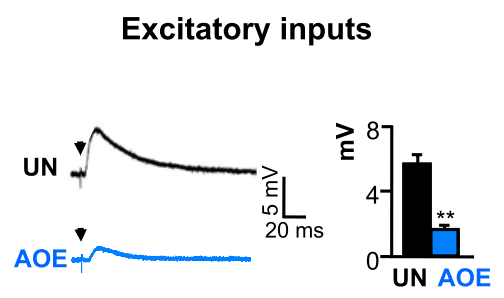 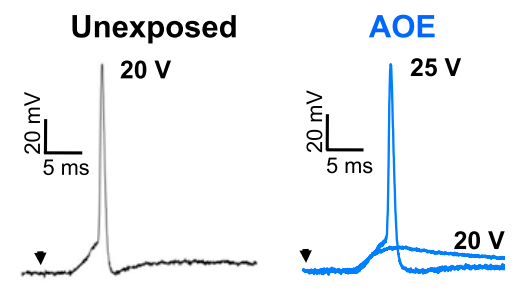 In other words, has it really been found that the cause of Tinnitus is brain damage which can be repaired through playing sounds or music with a "notch" in specific frequency spectrums?

Hear-it.org (2014) Loud music damages the nerves in the brain [Online]
Available from: https://www.hear-it.org/loud-music-damages-nerves-brain

Radowitz J. V. (2012). Loud music played on headphones causes deafness by having a similar effect on nerves as multiple sclerosis (MS) - The Independent
Available at: https://www.independent.co.uk/life-style/health-and-families/health-news/loud-music-on-headphones-causes-deafness-by-having-a-similar-effect-on-nerves-as-ms-8091683.html

Short answer
Sensory tinnitus is not caused by brain damage, but is due to degeneration of peripheral auditory neurons, and specifically the hair cells in the inner ear.

Background
Tinnitus can be either somatic or sensory in nature. You are enquiring on the latter type here.

Sensory tinnitus is generally associated with sensorineural hearing loss (HL), meaning that the mechanosensory cells, the hair cells (HCs) in the inner ear (cochlea) have been damaged. When this is a permanent ailment, the auditory nerve fibers (ANFs) connected to the HCs may degenerate and the auditory cortex becomes deprived of stimuli. A commonly encountered hypothesis is that the deafferented cortical cells start to actively seek new input (it's also possible that something similar happens in brainstem auditory nuclei; you could perhaps call this "damage" but it would be better described as dysfunction). They might be recruited for visual processing in the process, or they may actually generate endogenous activity on their own. Typically this results in tinnitus corresponding to the frequencies that are lost in the cochlea. This is caused by the tonotopy that is maintained from cochlea up to the primary auditory cortex (for a review see Møller (2016).

To get to your question - the auditory cortex and DCN are not damaged by sensorineural HL. The DCN receives input from the AN. While the HCs and AN are known to degenerate after prolonged HL, more central nuclei and cortical structures do not. They may become remapped but they won't regress.

Therapies for tinnitus often involves the fitting of hearing aids to reestablish input to the auditory system, or masking the sounds that are generated internally by external stimuli, such as pink noise or simply listening to music. Often psychologists get involved in severe cases to deliver coping strategies to the patient. Severe tinnitus cases are associated with considerable suffering, depression and increased chance of suicide.

Early surgical interventions included the severing of the AN, as they thought tinnitus arose peripherally. This made the situation, obviously, often only worse. Currently cochlear implantation is also considered experimentally to reestablish input to the auditory system by means of electrical stimulation (Baguley & Atlas, 2007).

Not the answer you're looking for? Browse other questions tagged perception brain hearing brain-injury tinnitus or ask your own question.

6
What are the brain regions related to tinnitus shown in this figure?

5
Can tinnitus be measured with EEG or MEG?
2
Can brain hemisphere activity/ dominance be inferred from the test subject's drawings?
7
Which is the shortest duration for a pitch difference in audio signals to be perceived by the human auditory system?
2
Can one alter their auditory perception?
6
What are the brain regions related to tinnitus shown in this figure?
5
What are the temporal limits of the auditory system?
6
How are tactile pleasure and pain differentiated in the somatosensory cortex?