In this article, it is said:

Conversely, Gf [general fluid intelligence] represents the ability to employ a type of mental operation to independently reason and solve novel problems; it does not benefit from acquired experience.

I can't see how any mental operation wouldn't be influenced by acquired experience, no matter the novelty of the problem it is being applied to. Humans draw analogies; see patterns. My problem-solving skills are just becoming better and better the more I learn, and I find myself using pieces of knowledge to help solve problems seemingly disparate from those pieces of knowledge.

So, during any assessment of Gf, how can one know that there isn't any Gc involved in the problem-solving? What kind of problems only have solutions that evade the influence of Gc?

EDIT: Someone in the comments said that they couldn't find the quote, so here are some directions: 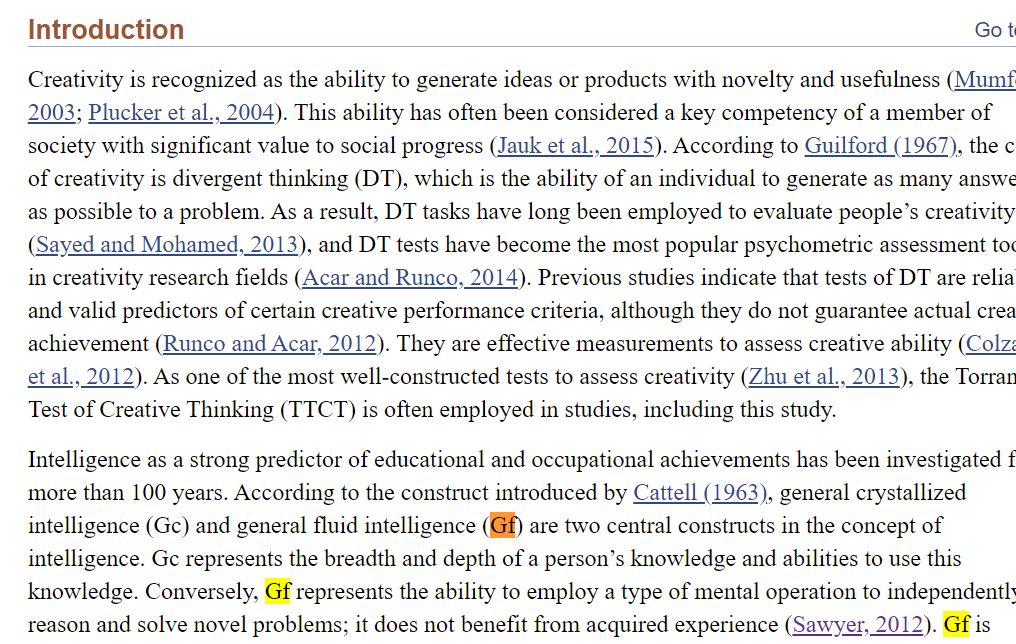 It's in the second paragraph within the Introduction section.

I think you are thinking about the concepts a bit differently than they are intended to be thought about. It isn't like Gc and Gf are completely separate software programs that solve problems, it's that they are two possible dimensions which can explain performance on certain tasks. Together, they make up the overall "g" factor which represents correlation in performance on tasks that are otherwise different. Some people seem to be simply better or worse at tasks than others, rather than better or worse at each specific task.

It seems that part of this difference can be explained by different levels of acquired knowledge and experience. However, part of it still can't be explained by that, and that remaining part is the fluid part.

There isn't any claim that this is the case for fluid intelligence. Rather, it seems there is variation in how people perform mental operations even if they have the same acquired experience; the Cattell theory calls this difference "fluid intelligence". Yes, it's difficult to measure, and that's partly why so many different tests have been proposed to try to measure it; Wikipedia has a partial list at https://en.wikipedia.org/wiki/Fluid_and_crystallized_intelligence Most (all?) of these tests use peculiar puzzles that are highly unlikely to be encountered outside of these tests to minimize contributions of crystallized intelligence solutions.

I think it's better to think about all of these concepts as "differences from average" or differences from some hypothetical matched case. There is no concept of having "only fluid intelligence" or using only fluid intelligence in the theory. You might see something similar in evaluating athletic ability, where you could have separate dimensions for speed and agility. It doesn't make sense to think of anyone as having zero speed or agility, yet it is clear that some athletes are better than the average because of their speed yet have average agility, and other athletes have better than the average agility yet have average speed.

Not the answer you're looking for? Browse other questions tagged measurement terminology intelligence problem-solving or ask your own question.

6
Teaching Problem Solving : Mastering bit by bit Vs Try it all by yourself?
6
What is general fluid intelligence?
4
Is working memory equivalent to fluid intelligence?
2
Name for a condition where one with their limited knowledge thinks of a problem as bigger than it really is?
3
Can Someone Explain How Fluid and Crystallized Intelligence was Discovered?