How applicable is the correlation between high IQ and academic achievement in guessing a child's IQ?

IQ is a highly reliable (reliable in the statistical sense) psychometric, ie. several IQ authorised IQ tests administered by a licensed psychologist should produce similar/identical results. This does not, however, mean that IQ is necessarily an accurate test of intelligence - the debate on this is long and expansive.

IQ, being highly reliable, is strongly correlated with a lot of things - SAT score, life expectancy, depression, anxiety and general neurotic tendencies, as well as academic performance. Generally, the higher the IQ of a person, the more likely they are to excel in all the ways most societies tend to favour (wealth, health, for men; marriage and dating success).

My question is, do analyses of IQ and academic success control for extraneous factors such as effort, grit and discipline? It doesn't seem outside the realms of possibility that a person with an average IQ may, with practice and discipline, outperform a person with a higher IQ. The relative age effect seems ilike it would be relevant here.

Is it really accurate to judge a child's intelligence based on their academic performance?

East Asian countries like South Korea place great emphasis on education for young children (and work ethic for adults) and as a result have higher overall educational success (hours studying for children, etc.), but also have some of the higher average IQs on a global scale. Granted, this may be because of rapid development in these countries; poverty is correlated with lower IQs generally.

So in summary intelligence and conscientiousness are relatively independent effects. The best students tend to be smart and apply themselves diligently to their studies.

So how good is the inference that someone with good academic grades is intelligent? It's a reasonable inference, but there would be quite a few caveats. I imagine it would depend on the validity of the measure of academic grades and degree to which it is g-laden. For instance, standardized assessments like the SAT would correlate more with intelligence than less structured grades or with grades from less g-relevant subjects (e.g., creative arts). More generally, it is also depends on how good their grades are. If they have exceptional grades on a standardized highly g-laden measure of academic grades, then you'd be pretty confident that the person was at least reasonably intelligent. 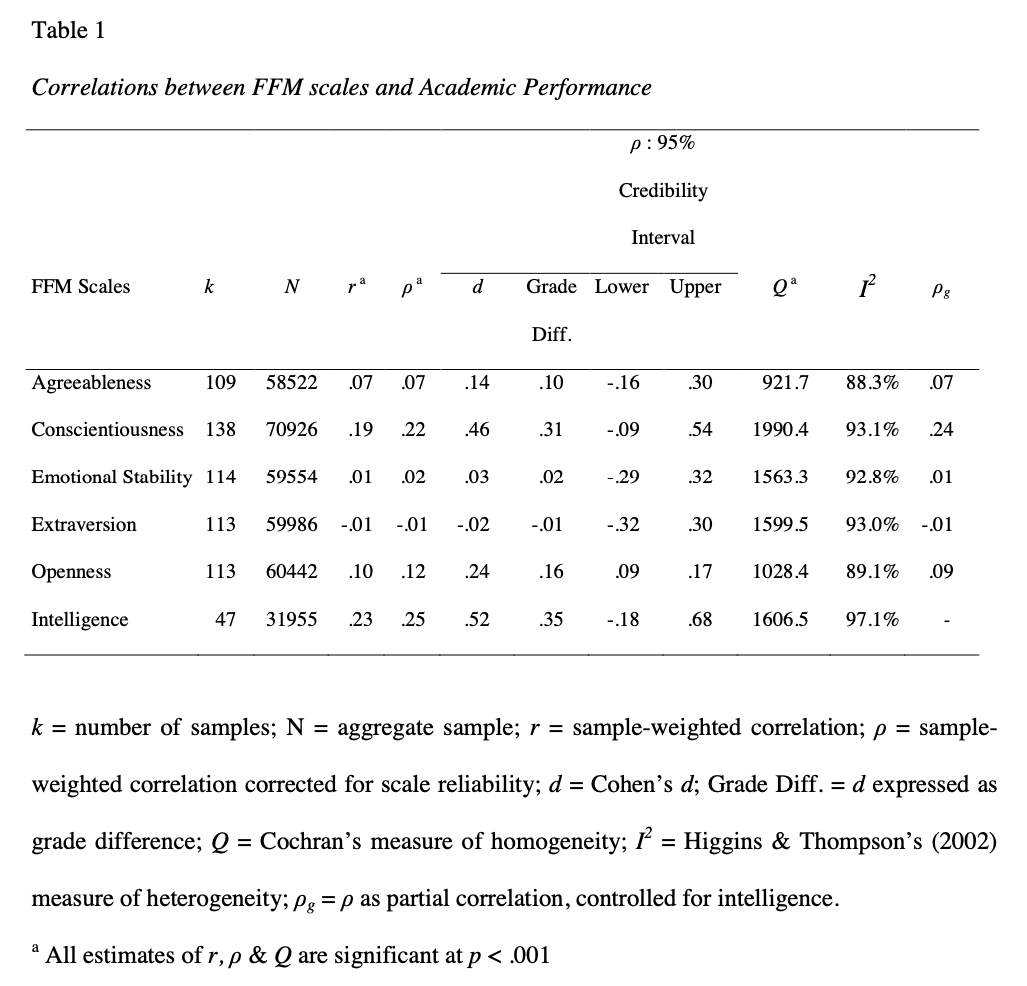