What's the exact definition of a cognitive mechanism?

I've been trying to get to a specific definition of a cognitive mechanism, but googling it surprisingly didn't give me anything. The only things I've found out are :

They sounded more like cognitive processes, but I'd like a clearer definition of it. I also wanted to know when do we think about cognitive mechanisms vs behavioural mechanisms.

Would really appreciate the clarity!

Edit : I first found the term in the paper mentioned in point 1.

The way a message is presented, and particularly how it is emotionally framed, influences the way people interpret, evaluate and act upon it. This cognitive mechanism is utilized in things like advertising and political campaigns.

The paper is saying that advertising and political campaigns aim use these mechanisms to their benefit.

Sometimes, there can be more than one cognitive mechanism in play. It is not necessarily just a way information is presented, which is one mechanism, but it can apply to information gained from experience (another mechanism) and/or elsewhere such as school or therapy (other mechanisms). 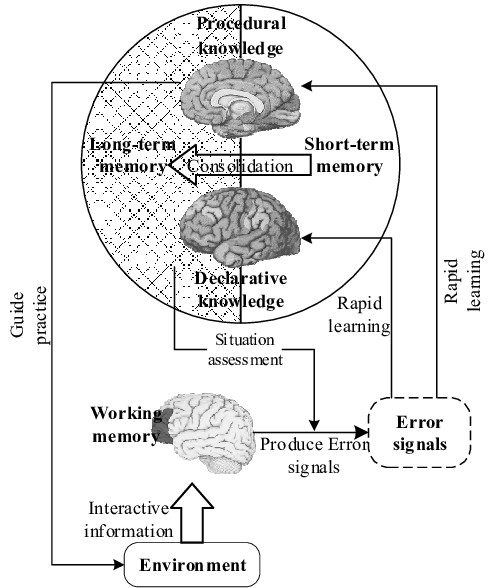 Cognitive mechanism of the brain during the decision making and learning process — Source: Zhou, et al. (2020).

During political campaigns, potential election candidates may use leverage techniques. For example, they may use collective and/or individual viewpoints and interpretations of past events gleaned from lobby groups etc. to get their message across.

Before, and during the campaign, the lobby groups may use the same sort of cognitive mechanism in similar formats to their advantage.

The information received during cognitive mechanisms can be via messages in marketing campaigns, from news reports, experience of certain situations etc.

Experience (or even lack of experience) of certain groups of people can influence behaviour toward those particular groups, especially when hearing negative and disparaging remarks about them.

On top of that, with information gained through experience (e.g. traumatic experiences), these mechanisms can be congruent or incongruent with the reality of the situation.

A mechanism is part of a process just as any dictionary would define as, for example,

In a machine or piece of equipment, a mechanism is a part, often consisting of a set of smaller parts, which performs a particular function.

When you take all the cognitive mechanisms together, you will then be able to form the cognitive process(es) involved in forming memories, thoughts and ideas.

Not the answer you're looking for? Browse other questions tagged cognitive-psychology neuroscience cognition behavioural-neuroscience or ask your own question.

5
Do different meta-cognitive measurements depend on the same mechanism?
4
What's the major difference between mind and brain?
1
Clarification on the definition of sublimation?
5
What's the difference between executive functions and cognitive control?
1
What's this cognitive bias that relates to misremembering exact stimuli?
3
Clear definition of ego
3
What is the neurobiological mechanism behind masochism?