What scientific evidence is there for the definable real world quality of redness independent our perception?

'With light poise and counter-poise, Nature oscillates within prescribed limits. Yet thus all arise the varieties and conditions of the phenomena which are present to us in space and time.' - Goethe

The touchstone of Newton's theory was his famous experiment with the prism. A prism breaks a beam of white light into a rainbow of colors, spread across a whole visible spectrum. Then Newton realized that must be the elementary components that add up to create white.

While Newton used the standard prism, and passed white light through it, Goethe had also run a series of experiments, with a prism again, but by just looking through the prism.

And he found everything uniform, but when his prism passed through the fold of a cloud behind the sun, he was met with a blast of color, where he stated that 'color is the interchange of light and shadow.'

Goethe's ideas resemble a facile notion, popular among psychologists, but Feigenbaum argued that his (i.e., Goethe's) statement had true science in them which emphasized the repeatability of his experiments.

It was the perception of color, to both Goethe and Feigenbaum, that was universal and objective.

So in that sense, what scientific evidence is there for the definable real world quality of redness independent our perception?

Background
First off, I am not familiar with the principles as laid out in your question posed by Goethe and Feigenbaum (I'll look into these people, thanks for the pointer!).

However, I am familiar with Newton and with the interpretation of perception in general. Importantly, the late Neuroscientist Paul Bach-y-Rita famously stated that (1972):

We see with the brain, not the eyes.

What he meant by that is that the brain has the ability to consciously perceive physical input. The eye serves to sense light and convey an electrical signal to the brain that translates the sensations to perceptions. The retina is sensitive to different wavelengths and red light activates different photosensitive cells (cones) than green or blue cones. The perceptual analogue arises only after extensive processing in higher brain centers.

In a series of experiments Bach-y-Rita showed that blind people are able to 'see with the skin' by converting camera images to tactile sensations on the body, a technique dubbed sensory substitution (Bach-y-Rita, 1969). Later, he founded a company (Wicab) that developed a sensory-substitution device on this principle, namely the BrainPort V100 (Stronks et al., 2016) (Fig. 1) that converts camera images to electrical stimuli on the tongue via a grid of 240 electrodes (the tongue display unit, or TDU) (Stronks et al., 2015). So a TDU allows people to 'taste the light'. These experiments showed that visual perceptions can be elicited by tactile stimulations, later corroborated by functional brain imaging, and thus that we see with the brain, not the eyes.

Having said all this it brings me back to your question...

[W]hat scientific evidence is there for the definable real world quality of redness independent our perception? 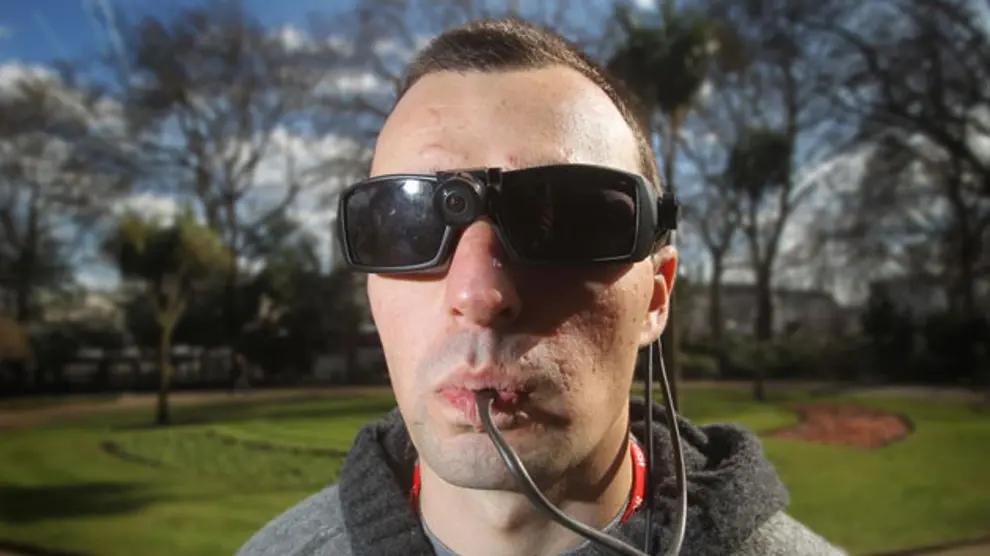 6
Binaural Beats meets Sound-Color-Synesthesia
7
Do eyes accommodate to color?
9
Are there gender differences in color discrimination ability?
8
Is there any evidence that language is the limit of the world?
3
What are the differences between Orch OR and Hartley's vibratiuncles?
3
Is Paul's Churchland claim about qualia supported by science?
9
Is the symbolic meaning of dark/black and light/white innate in humans?
3
What is it called, when people lean forward in the real world while moving forward in a Virtual Environment?
1
Does our conscious experience of world match the world as it IS or as it presents itself?
2
The perception of time of workaholics