What is the difference between recurrent and feedback synapses?

Up to this point, my understanding was that top-down processing and recurrent connections refer to the same thing... What is the difference between the two?

The different types of connections can be histologically identified and separated on the basis of their connectivity in the cortex.

Recurrent synapses in the cortex can be defined as (Douglas & Martin, 1995):

[...] connections between layer 2 and 3 pyramidal cells, in which a target neuron projects back to its source neuron in a tight positive feedback loop

Feedforward and feedback neurons can be histologically defined as (Berezovskii et al., 2011):

The cortical layers and their functions are schematically depicted in Fig. 1. 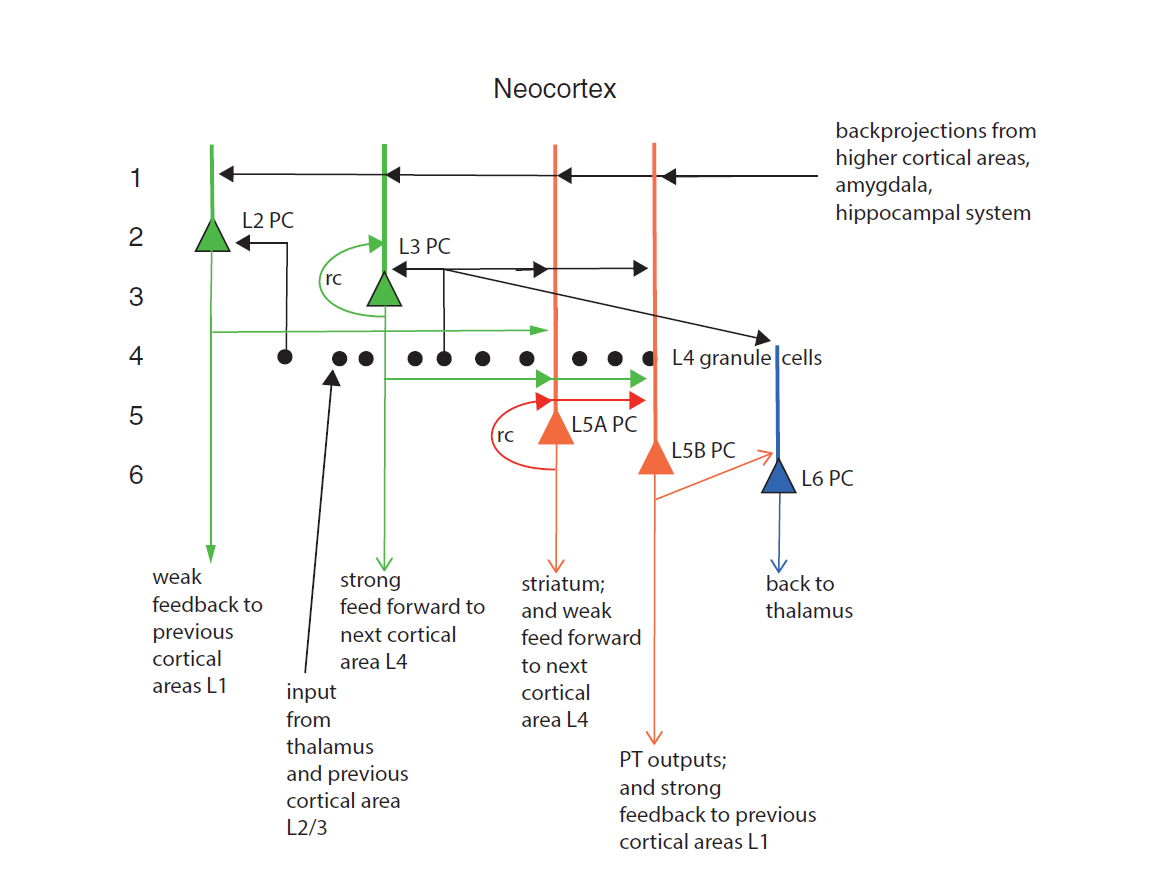 Not the answer you're looking for? Browse other questions tagged neuroscience terminology vision neurophysiology or ask your own question.