I've been reading about the Pygmalion effect. From what extracted, it means positive expectations positively influence performance.

Overall one can't deny the influence of expectations.

After reading more about the matter, I'd say that Pygmalion effect (or Rosenthal effect) only speaks of positive expectations others might have on us, so it doesn't apply to

a psychological phenomenon in which lower expectations placed upon individuals either by supervisors or the individual themselves lead to poorer performance by the individual.

In this case it's irrelevant who has the expectations (if they come from outside or from ourselves). Also, from Babad, E. Y.; Inbar, J.; Rosenthal, R. (1982), "Pygmalion, Galatea, and the Golem: Investigations of biased and unbiased teachers", the effect

represents the concerns of social scientists and educators, which are focused on the negative effects of self-fulfilling prophecies

Notice that the German-born American psychologist Robert Rosenthal is behind both of these effects.

Then, and according to Psychologinie, there's the Galatea effect which is

a phenomenon where people's own opinions about their ability and self-worth influence their performance. 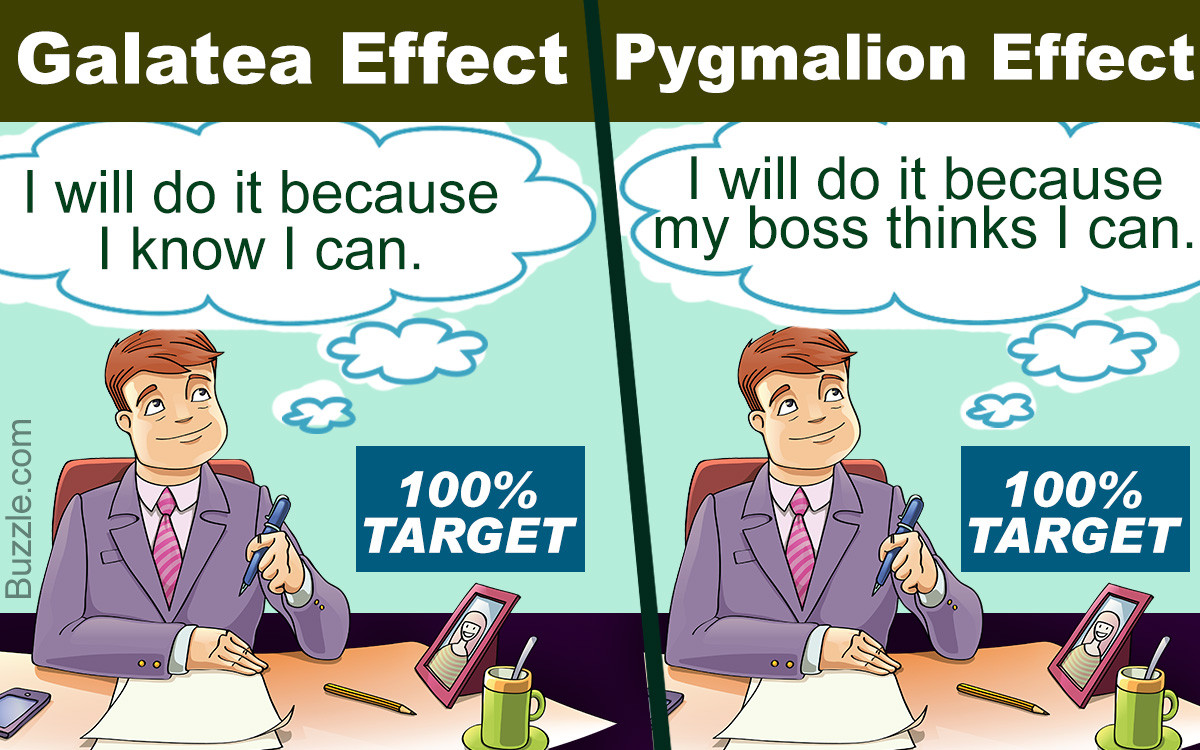 Not the answer you're looking for? Browse other questions tagged bias performance attitudes or ask your own question.

12
Do the students that report "friendly" teachers perform better on standardized tests?
22
How long can a person stay happy, excited and motivated about something new?
3
Cognitive bias - Confirming the attitudes of your peers
12
Is memory biased towards positive or negative memories?
2
Does the meta-analytic literature overestimate the relationship between conscientiousness and job performance?
11
How do clinicians control for their own mental disorders?
4
Name of false answer effect in surveys
2
Baby Names and the Hive Mind