Does the mind create the body?

Are there any articles or research along these lines?

One more thing I want to add that everything we are seeing, including the body, all appears in a small part of brain, and then we are projecting it outside?

Q: Does the mind create the body?

A: The answer depends on what you mean by “the body”.

It is easy to show that “the body as we perceive it” is created by the mind (or its physical counterpart – the brain) and is not the real physical body as it exists in the physical world. One of the easiest examples to show this is the finger sausage illusion (see the figure below). 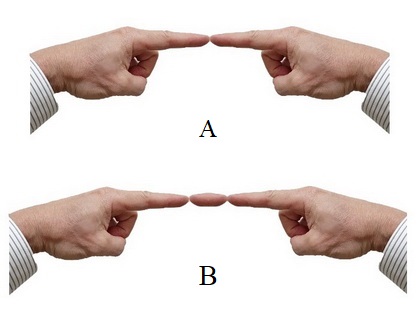 Background
The answer to your first question (I've re-worded it a bit)...

is the outside world, such as the image of other people, a reconstruction of the collection of sensory inputs that are processed and merged in the brain?

...is simply and straightforwardly a 'yes'. Sensations picked up in the periphery are collected and processed centrally in the brain. So yes, it is all in the eye of the beholder, and as Bach-y-Rita (2003) famously put it:

We see with the brain, not the eyes

Your second question is a more interesting one in my opinion, namely

...are perceptions of the outside world all processed in the brain and then projected, as if they were outside?

The answer here is also 'yes', quite obviously given the answer to the first question, yet it is a fascinating and active interdisciplinary area of research spanning psychology, neuroscience and philosophy. It is of much interest now, given the COVID-19 crisis, and the many hours people spend talking to computer screens instead of 'real' colleagues, friends or family.

The phenomenon you are referring to is beknown to me as distal attribution (Auvrey et al.,2005), which can be defined as:

...the ability to attribute the cause of our proximal sensory stimulation to an exterior and distinct object

The phenomenon has attracted a lot of interest in the arena of sensory substitution, where a lost sense (e.g. vision) is replaced by another (e.g. touch) (Stronks et al., 2015). An example device is the BrainPort V100, where visual information is transferred from a head-worn camera to a tactile display worn on the tongue (Stronks et al.., 2016) (Fig. 1). The cool thing in regard to your question is that blind folks using this or similar devices have been reported to feel a disconnection between outside and the tactile information the device provides on their tongue. However, after prolonged use, subjects using a related (predecessor) device of the BrainPort, the TVSS, reported that they started to feel the tactile sensations to be actually located outside of their body. Specifically, this happened when the users were able to direct the camera image themselves, rather than receiving static images projected onto their backs.

The TVSS system is shown in Fig. 2. It was a massive device built in the 1960's by Bach-y-Rita and colleagues to substitute vision for tactile sensations. The camera is on the left in the picture and the 200-tactor display is mounted in the rest of the back support of the dental chair. At first the camera was held stationary to project stationary images onto the back of the subjects. While successful, the tactile images on the back lacked the feeling of externalization. However, when the users were able to handle the camera themselves, they started to actually sense the objects to be 'out there' in space.I note, however, that these observations are rather anecdotal, but were obtained from reputable sources. The experiments are dealt with in White (1970). 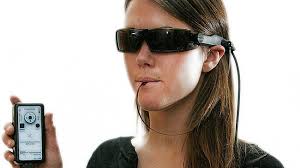 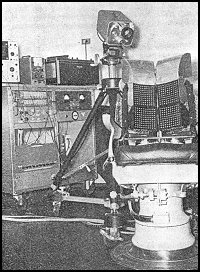 This question actually can be answered rather with the interdisciplinary fields of neuroscience / philosophy, since it was already Platon around 400 B.C. with his Allegory of the cave asking what is the reality or what do we just perceive. This led to the question of what reality or existence of objects actually is. This is true for every human being.

Later on, the German philosopher Schopenhauer explained that this is also true on an individual basis. Even if the brain generally aims to perceive through the five senses in almost the same way as all people do, it might differ how we precicely conceive these impressions as he stated in his famous quote

With the same environment, everyone lives in a different world.

A modern and even more abstract way of defining perception is given by Predictive coding propesed by Karl Friston which states that all impressions are processed in such a way that minimizes suprise, i.e. tries to infer from known to unknown or one could say using all prejudices. This theory can be described very mathematically and does not state how exactly it works physiologically. Simply put, the perception works in such a way that minimzes energy.

Not the answer you're looking for? Browse other questions tagged neuroscience reference-request brain or ask your own question.

7
What does daytime actigraphy reveal about an active and awake brain?
5
How can pain sensations appear to originate within the person's skull?
5
Brain Right hemisphere is random and left hemisphere is linear? really?
6
Why our brain can't fool itself to constantly produce dopamine?
6
How is the brain cooled?
4
Integrated Information Theory - If correct could humans create artificial consciousness?
5
Are memories stored as patterns of chemicals/emotions?
4
Is it scientifically backed that sensory signals always go through limbic/emotional brain system?