How can we measure the levels of Frustration? [closed]

Want to improve this question? Add details and clarify the problem by editing this post.

Any technique or Matrix or Questionnaires, Qualitative or Quantitative Analysis

According to the Atlas of personality, emotion and behaviour (Mobbs, 2020), frustration is an emotion that can be visualised on the two dimensional grid as shown below.

The atlas paper describes a method for measuring emotions (and behaviours and personality traits) according to the orthogonal dimensions of affiliation and dominance. The neurobiological basis for the two dimensions are described in the paper as are the evolutionary associations with other vertebrates.

The atlas facilitates measuring such emotions using either a scalar or vector approach.

A vectored approach would be to draw a vector from the origin (or some other point) through the cell in which frustration is located (-1,1) and then extending to the extremity of the atlas. Many points on the vector would have a specific word descriptive of that point or segment along the vector. Fifteen related emotions are visualised to assist in the specification of the end point of the vector. (let me know if you would like others that better fit your need). 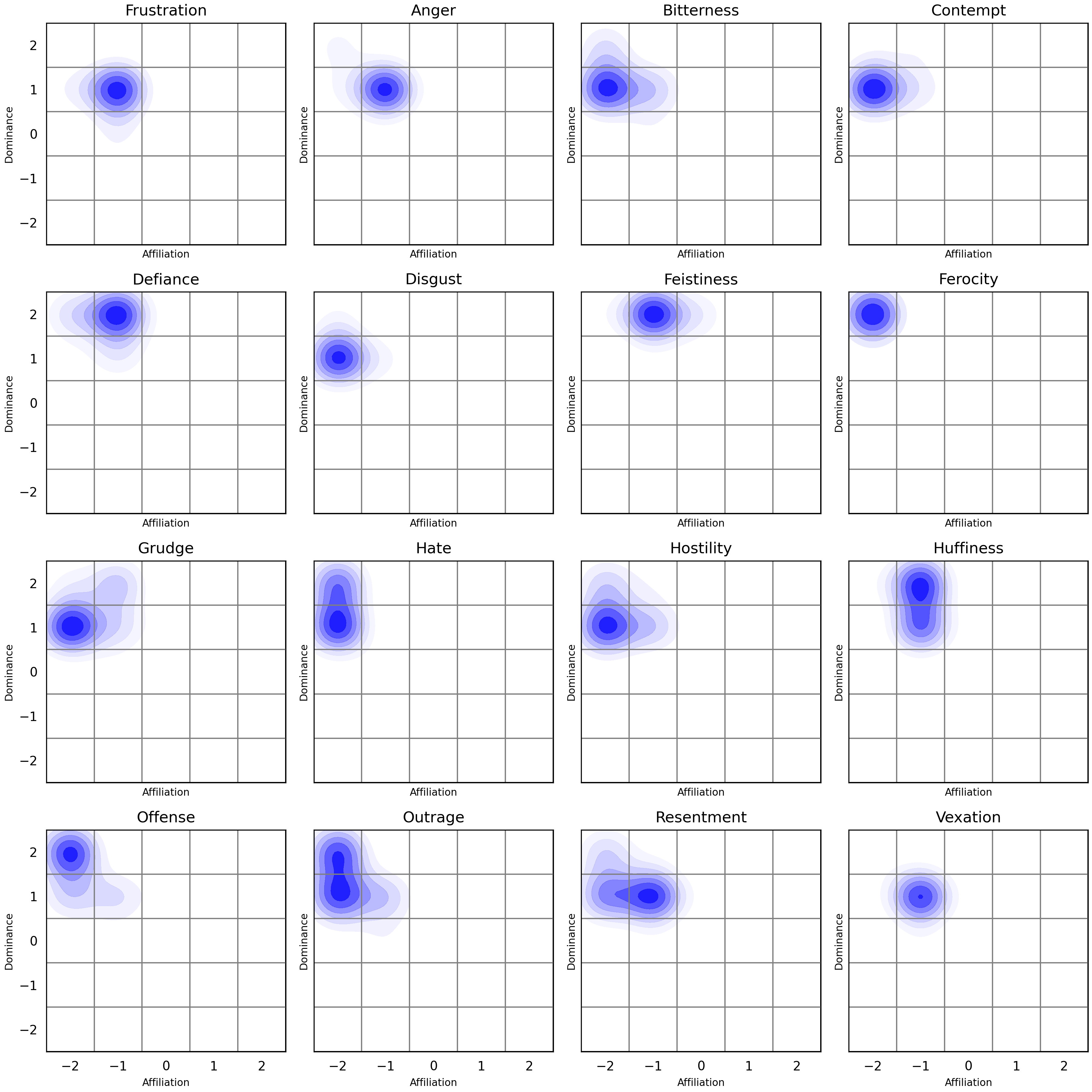 Not the answer you're looking for? Browse other questions tagged cognitive-psychology emotion measurement abnormal-psychology sentiment-analysis or ask your own question.

7
Is there any standardized test / questionnaire to measure frustration?

6
How to measure emotional intensity?
8
Are presence questionnaires valid in a between-subjects design?
6
Cheapest way to measure arousal levels
7
Is there any standardized test / questionnaire to measure frustration?
5
How to quantitatively measure strength of friendship using observable factors?
2
What are the correlation between the Big 5 (OCEAN) dimensions of personality?
0
What is the distinction between “relationship” and “difference” in behavioural statistics?