Why can't emotion perception "win" our own belief and bias to judge the situation accurately?

According to Wikipedia, "cognitive distortion are thoughts that cause individuals to perceive reality inaccurately". It is a negative outlook on reality, sometimes called negative schemas (or schemata), and can reinforce negative emotions and thoughts. 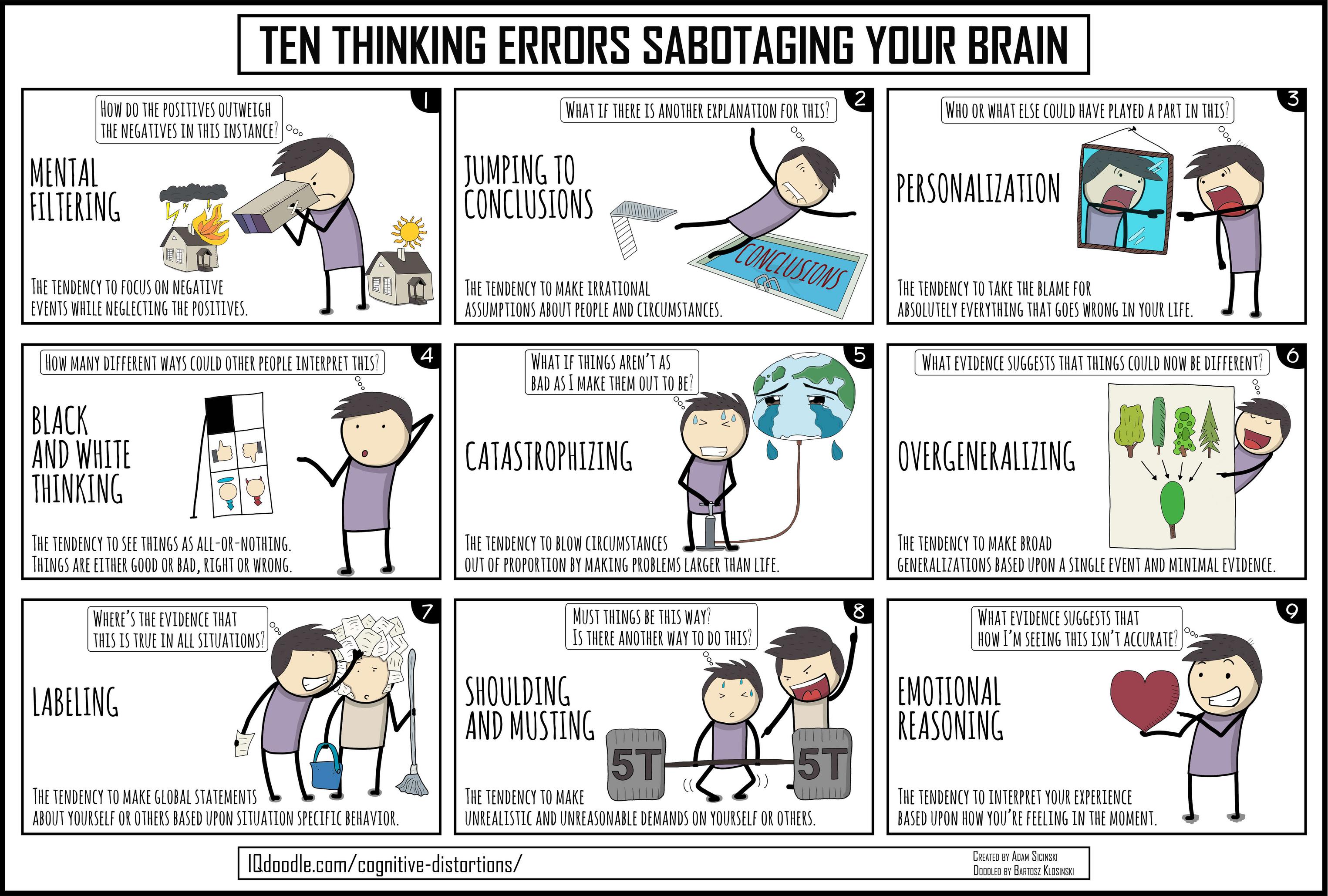 While there are many forms of cognitive distortion, I think the basis are:

As listing of these, I'm thinking about learned helplessness and prejudice.

First, I get that Cueball's judgement can be distorted, because he has his own worldview. From that link: "The implicit assumption behind the diagnosis is that the therapist is infallible and that only the world view of the therapist is correct. If the perceptions of the patient differ from those of the therapist, it may not be because of intellectual malfunctions but because the patient has different experiences." One cannot deny that they have implicit attitude.

However, I suppose that the key factor here is the strong negative emotions and reactions of Megan. Because our emotion perception is strong, Megan's emotions can be accurately perceived. I suppose that even when Cueball has his own belief to the topic at hand and thus has distortions himself, such negative emotions will raise a concern that there is something wrong in her, and it will be accurate.

Now, people can still disagree with each other, and have bias, and look stubborn in the eyes of the other. But at least even when they are defending their arguments, they can still assume a chance that it's not true. They just don't see how it's not true. If they are challenged, then they still try to giving reasons why they think that. This is another kind of emotion, which isn't as negative as above, and it will still be accurately perceived.

The only exception that I can find is that Megan's problem triggers Cueball's past experience. Otherwise, if Cueball can keep his calmness and ask Socratic questions, then I don't get why he would have distortions.

So why can't emotion perception "win" our own belief and judge the situation accurately?

This question doesn't ask how to combat distortions, but just asks why distortions happen at the first place. It bases on two premises:

The way to combat distortion once it happens, as how I understand this answer, is to take note.

0
Can one claim that a person is having cognitive distortion and be always correct?

2
Terminology for deep-seated feelings?
1
Does the heart play a role in the occurrence of emotions?
3
Is there a standardised test about emotion perception?
1
People with dead nerves cell, can they feel pain/emotions?
3
Are emotions a function of muscle contractions? If so, how does the map look like?
0
Can one claim that a person is having cognitive distortion and be always correct?