Is there a scientific consensus on the cause of IQ gap by race? [duplicate]

Ask Question
Asked 2 years, 7 months ago
Modified 2 years, 7 months ago
Viewed 527 times
3
$\begingroup$
This question already has answers here:
Does a non-knowledge based, or knowledge corrected IQ test exist, and what are its results per race? (1 answer)
How to interpret a BBC news article on the effect of race on intelligence? (2 answers)
Closed 2 years ago. 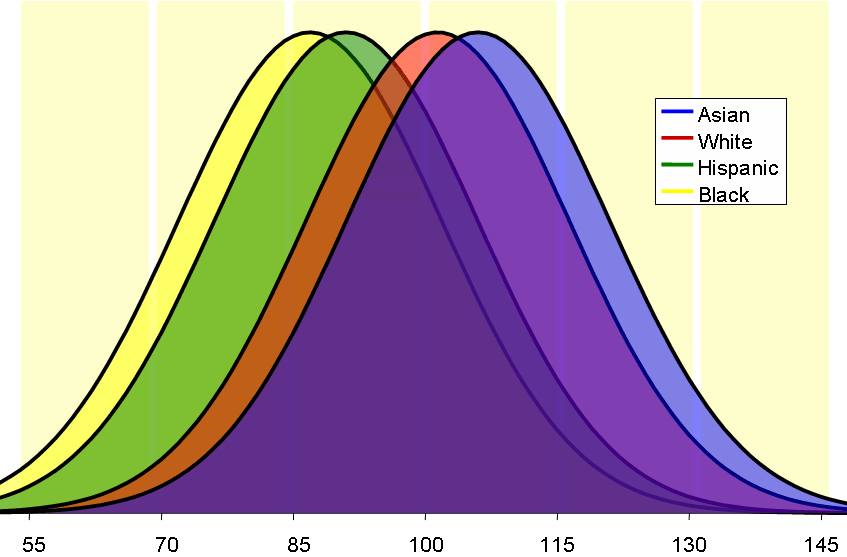 On average, there is a 15 IQ points gap between whites and blacks. Is there a scientific consensus on whether this gap is explained by nature/genetics, nurture/environment, or both?

This NYT article refers to a quote from Dr Francis Collins saying that most experts on intelligence “consider any black-white differences in I.Q. testing to arise primarily from environmental, not genetic, differences.”

Is that true, or is he being politically correct?

The article also mentions James Watson's unchanged views that the gap is explained mostly by genetics. It refers to his infamous comment on black people's intelligence being the same as whites: “people who have to deal with black employees find this not true.”

After looking at the bell curves, I am afraid I would never look at a black/african person the same again. I never thought that science would teach me to be racist.

Edit: My thread may share the same 'topic' with others, but it is not a duplicate. I am asking more specific questions with regards to the scientific consensus on the matter, and whether Dr Collins statement in the NYT article is true.

Browse other questions tagged iq genetics nature-nurture or ask your own question.

7
How to interpret a BBC news article on the effect of race on intelligence?
4
Does a non-knowledge based, or knowledge corrected IQ test exist, and what are its results per race?
0
Is there a consensus that there are racial differences in IQ scores?
7
What does it mean for there to be more variance within groups than between groups in IQ?
6
How do psychologists ensure they are measuring innate intelligence and not just education?

1
Is there a graph with extroversion-introversion score on one axis and IQ on the other?
2
Are there any cases of a person with misophonia for which the condition has been passed on to their child?