Is there any data available on the density of capillaries in the brain?

Also, I have seen images like this (from Chapter 2 of The Cerebral Circulation, by Cipolla MJ.): 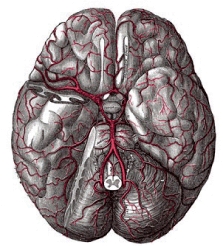 This illustrates to some extent (some?) of the arteries in the brain. But is there an image available which illustrates how the capillaries are distributed in the brain?

PS: Please not that I have no background in neuroscience and the last biology lecture I had was in high school.

Indeed, the brain is absolutely full of vasculature; I thought this image was a nice example... 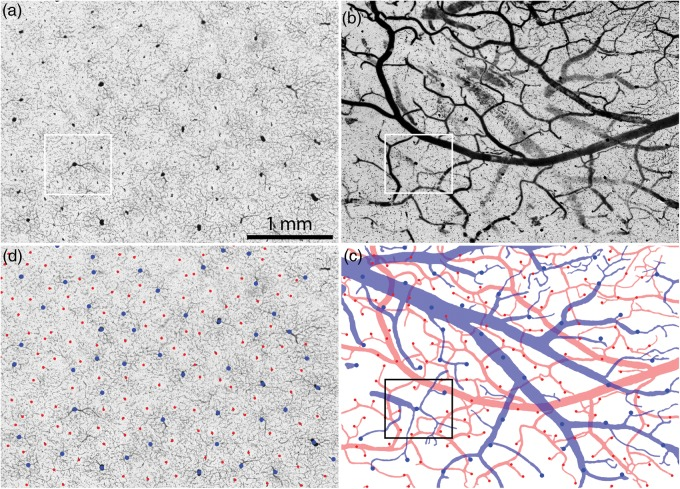 (a) and (d) are sections through cortex, parallel to the surface. All the black/colored dots are indicating vessels (arterioles and venules) that are diving down into the brain. (b) shows the vasculature of the pial surface, where arteries and veins can be distinguished (color coded in c); this is how they get the color coding in (d), by comparing the overlay position. You can see all the veins, in blue, are larger and surrounded by the arteries, in red. 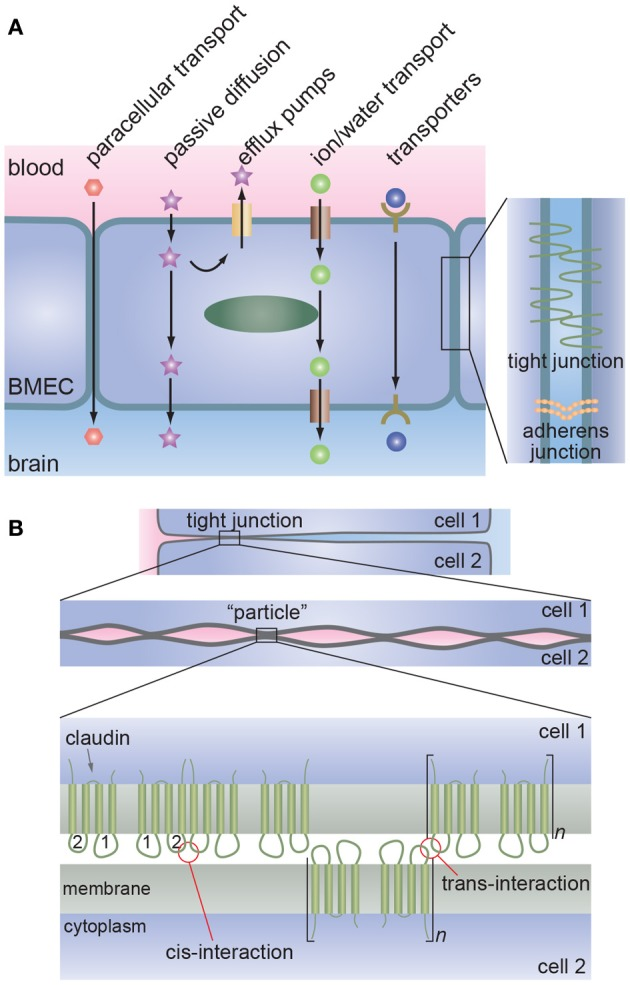 Elsewhere in the body, nutrients just leak out of capillaries by diffusion. The endothelium in the brain (BMEC in the figure above) strictly controls the transport of most substances from the vascular space to the brain space, and the space between the endothelial cells is tightly closed.

Furthermore, the endothelial cells themselves are covered by the processes of glial (non-neuronal) cells called astrocytes, serving as a second layer of regulation.

2
Why is amygdala located on paleo mamalian part of the brain?
5
What is the human brain made of?
0
Article about DTI of Autistic Brain
1
Brain network datasets