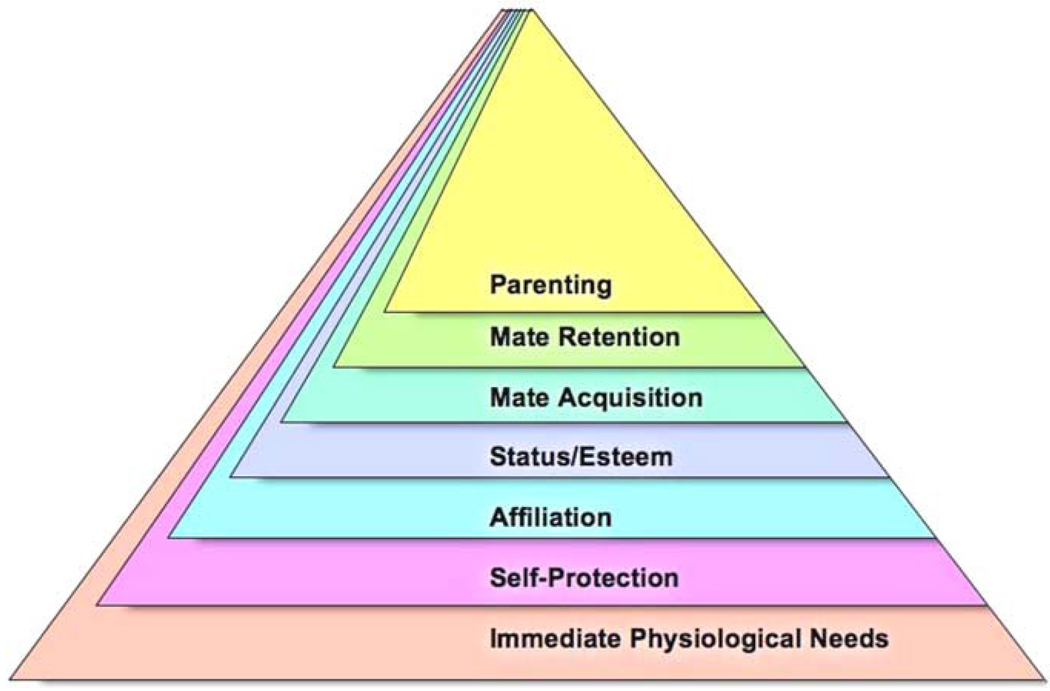 The above reinterpretation of the hierarchy by Kendrick et. al (2010) is straightforward enough. I am trying to see if there is any work done on generalizing the top portion there beyond peaking out at parenting e.g. mate acquisition-retention and parenting applied for life pursuits like academic or professional accomplishments. Maybe subject-acquisition-retention and progeny?

Peterson & Park (2010) provided a commentary on Kenrick et al (2010) whereby they pointed out that although the revision makes an important contribution by grounding the hierarchy in modern evolutionary thought, it may be premature to remove self-actualization from the hierarchy by reducing it to other needs associated with status and reproduction.

We suggest that it is premature to jettison self-actualization from this revised version of Maslow’s hierarchy. We write from the perspective of positive psychology, which regards what is good in life to be as genuine as what is bad (Peterson & Park, 2003). What is good is not secondary, derivative, illusory, epiphenomenal, or otherwise suspect—at least until the data show otherwise. In their revision of Maslow’s hierarchy and their dismissal of self-actualization as a motive in its own right, Kenrick et al. seemed to reflect business-as-usual psychology by reducing what is good to something more mundane and perhaps not so good.

However, Kenrick et al. mentioned positive psychology in their article and concluded that their evolutionary perspective is consistent with the view that human nature indeed has positive aspects. So, their revised pyramid may well accommodate the various emphases of positive psychology. And someday, if we take the pyramid metaphor literally, psychologists may follow the earlier examples of Egypt and Mexico and build several, including one that reflects Maslow’s (1971) deficiency needs and another one that reflects his growth needs. 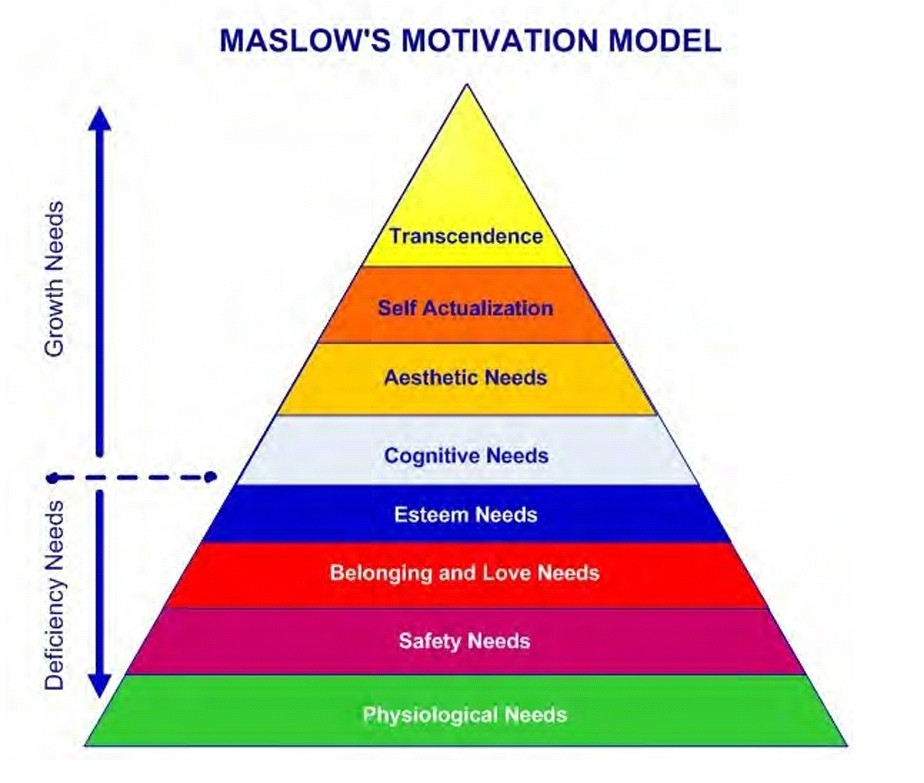 So answering your question on generalizing the top portion of the pyramid by Kenrick et al. beyond peaking out at parenting may not be relevant as Maslow went beyond parenting with his expanded pyramid.

McLeod, S. A. (2018). Maslow's hierarchy of needs. Retrieved from: https://www.simplypsychology.org/maslow.html

Not the answer you're looking for? Browse other questions tagged cognitive-psychology needs or ask your own question.

58
Does evidence support Maslow's Hierarchy of Needs?
8
Is there a hierarchy of gestalt visual stimuli processing?