Has there been any neuroscientific study of polydactyly?

I have been reading about polydactyly and found that surgery is only necessary in certain cases. It depends on way the extra digit on the hand or foot is attached.

For example, central polydactyly (a very rare situation, in which the extra digit is on the ring, middle or index finger) requires early osteotomy and ligament reconstructions to prevent deformities, such as angular growth deformities.

What I am wondering about is the most common type which is ulnar polydactyly also called postaxial polydactyly (the extra digit is on the ulnar side of the hand, thus the side of the little finger).

Neuroscience and psychology have studied the consequences for humans of losing a limb or other body parts, including documenting the pain caused by the phantom limb effect (usually explained as due to reorganisation of the brain’s representation of missing part).

What has neuroscience been able to establish regarding the extra sensorimotor information the brain would be dealing with? Can those with extra fingers use their extra digits with no problems with coordination etc?

The extra finger seen in polydactyly is often connected only with a bit of skin, but it may contain bone and even joints (Fig. 1). According to the Boston's children's hospital, the extra finger (or thumb) is normally surgically removed at a young age. Surgery is deemed necessary to prevent disruption of normal motor behavior early in life.

However, in some instances the additional finger is fully functional (Fig. 2). In a small study including two persons with polydactyly (each had 6 fingers on their hands) the authors (Mehring et al., 2019) concluded that

The study describes a radial type of polydactyly. You are interested in the ulnar type (Fig. 3). Because I think the functionality of the finger is determined mainly by its mechanical functionality, innervation and cortical representation, I don't think then location on the hand is the determining factor. Hence I think that the Mehring et al. (2019) paper would apply to a ulnar case as well, barred the finger is fully developed. 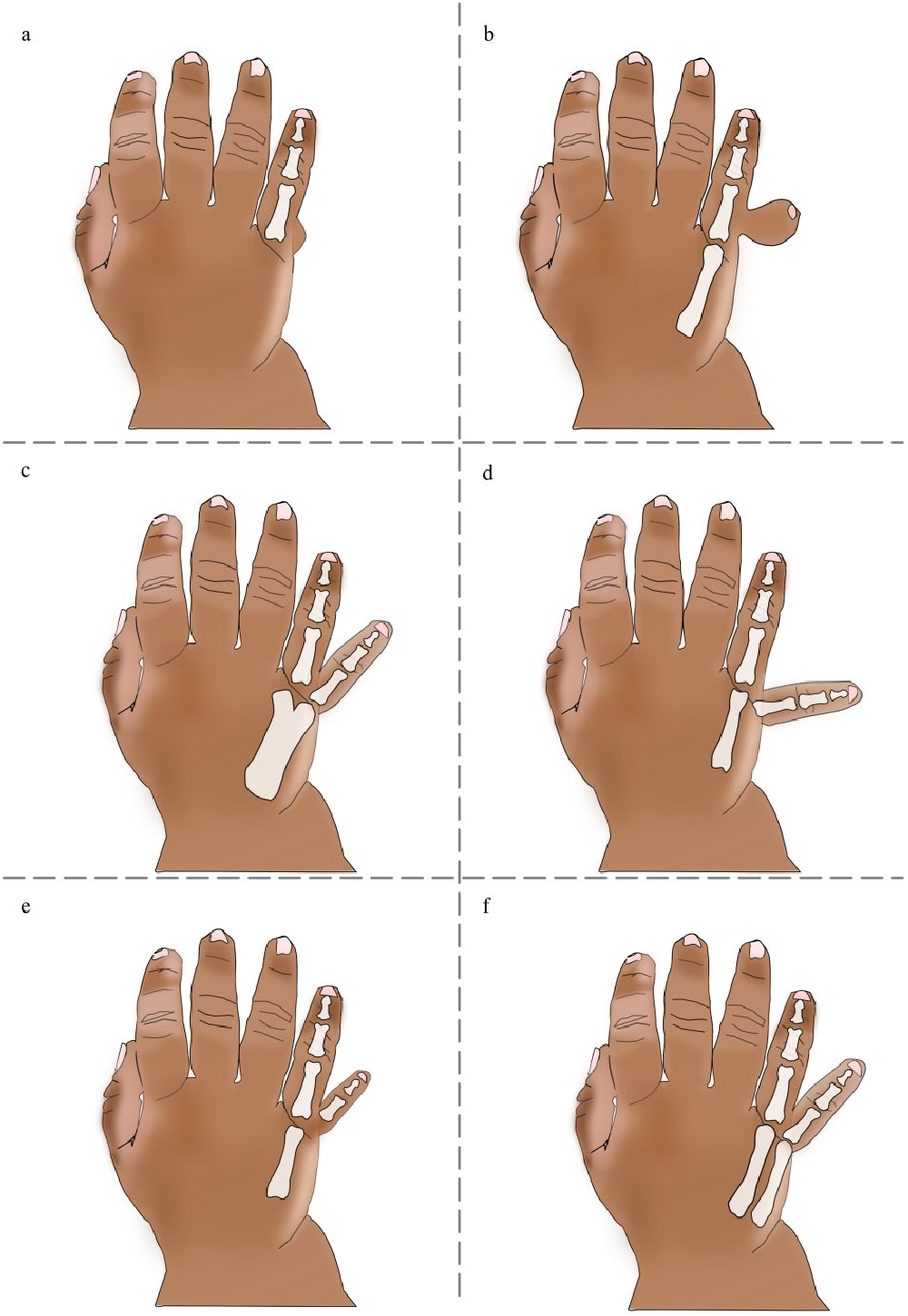 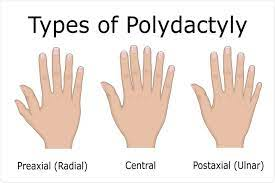 Not the answer you're looking for? Browse other questions tagged neuroscience cognitive-neuroscience brain sensory-perception coordination or ask your own question.

8
Have there been any mechanisms proposed for normalization in probabilistic population codes?
2
Are there any serious neuroscientific theories of emotional valence?
7
Have any drugs been shown to increase the neuroplasticity of adult brains?
3
Are there rule of thumb regarding sample size when neuroscientific measurements are used?
2
Has there been any research on the visual uniqueness (in terms of brain activity) of numerals from 0 to 9?
0
Has there ever been a split brain pianist?