Is there a foveal explanation for the duck-rabbit illusion?

Myself when I look at the duck-rabbit image, I see a duck if focus on the left (i.e. the beak) or a rabbit if I focus on the right (the nose). 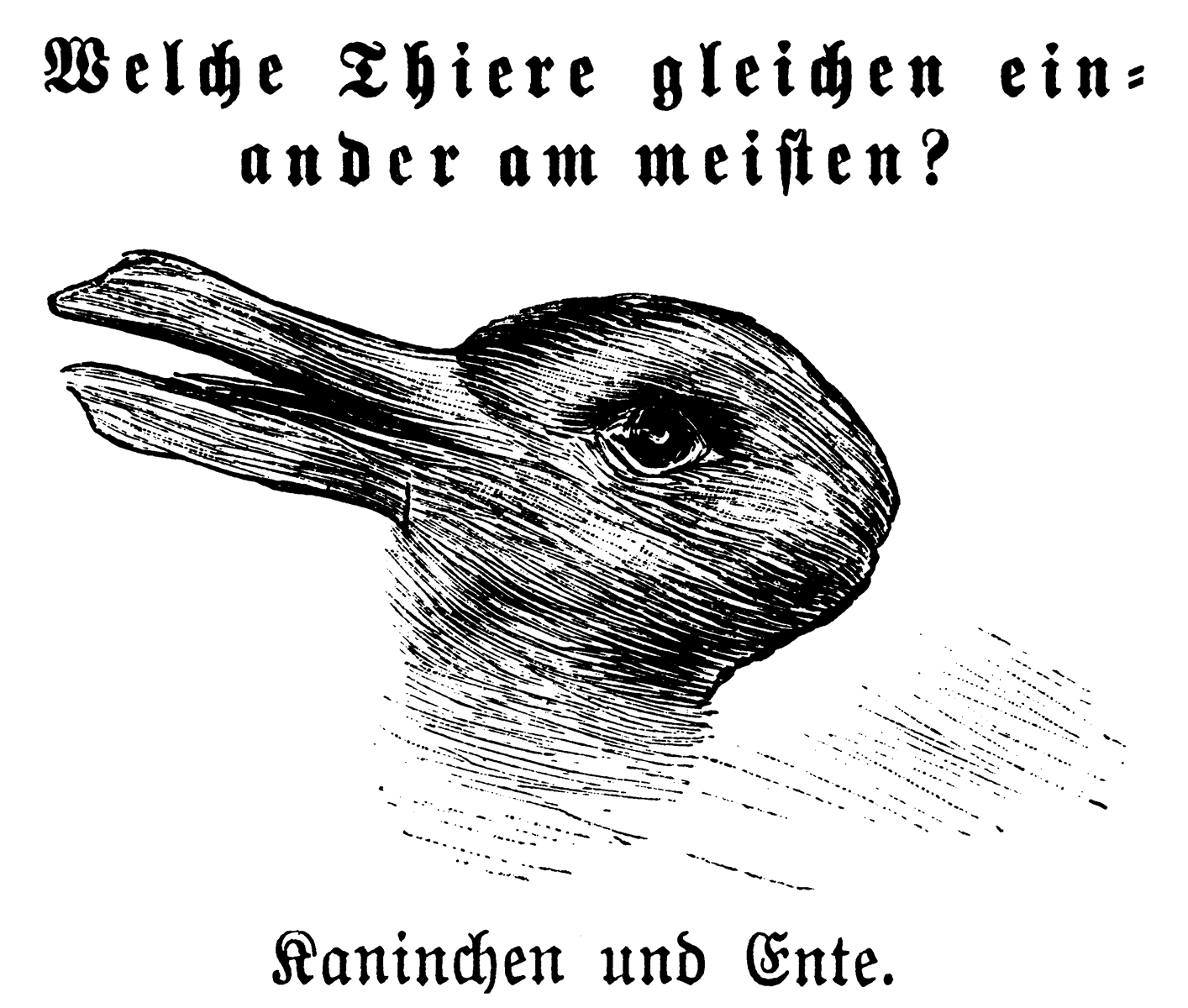 Is this how it works for most people, i.e. is the foveal shift what drives the change in interpretation? (I obviously meant to ask if there's an empirical study on this.) If so, is the duck-rabbit a part of a wider class of illusions that rely on smaller or larger changes in what's foveated?

Short answer
Ambiguous figures do not necessarily depend on focus, they do depend on attention though.

Background
The figure you provide is huge. From a standard face-to-monitor distance of a meter or so, one indeed needs to scan the image. Under these conditions I agree with you, in that the perceived animal changes when you change focus. The ears become a bill when you focus on that part and you see a duck. Reversely, when you focus on the head, you see a bunny.

However, below I've pasted a smaller version of it (Fig. 1). If it is still too big take some more distance from your monitor and look at the center. You'll notice it will freely flip-flop between critters, also without shifting your gaze. I found another version depicted in Fig. 2. that, in my case, even more smoothly transitions from duck to rabbit and vice versa. Hence, foveal focus is not key.

Ambiguous images are not truly illusions; Many illusions rely on unconscious inferences in perception, while ambiguous figures illustrate the role of expectations, world-knowledge, and the direction of attention. For example, children tested on Easter Sunday are more likely to see the figure as a rabbit; if tested on a Sunday in October, they tend to see it as a duck or similar bird (source: Kihlstrom, University of California, Berkeley, see references there). Hence, by shifting your attention from one part to another, you may indeed evoke a flip flop and although this i medited by visual input and hence needs the retina, it nonetheless is a process induced by shifting your attention and hence a top-down process. Your suggestion of a foveal dependence would imply a bottom-up effect. It is not. 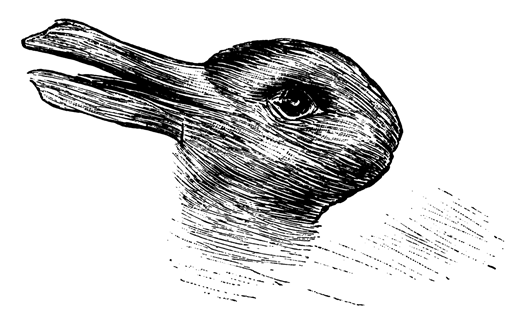 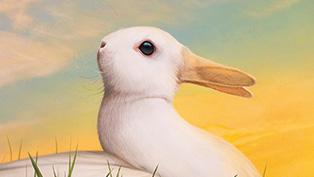 0
Psychological explanation for perceptions of the Loch Ness monster
11
What's the explanation of this optical illusion where many coloured arcs radiate from a central point?
10
How does this illusion - that I just inadvertently created - work?
4
Is prior experience necessary to perceive the Kanizsa triangle illusion?
2
Is the Rubin Vase illusion an example of inattentional blindness?
4
Does the strength of the simultaneous contrast illusion vary with the length of time it is viewed?
4
Due to Gestalt Psychology, is the face an illusion?
1
Why do we see shadows in the following black-and-white optical illusion?
5
What causes this motion illusion?