What could explain the apparent association between high IAT bias scores and percentage of black americans per state?

The implicit Association test (IAT) measures your subconcious preference for white over black or the other way around. It does so by letting you do a task where you have to categorize black and white faces as quickly as possible. At the same time you have to categorize words that have a positive valence or have a negative valence. The test measures your bias by looking at the differences in reactionspeed when sorting words and faces to the left or right side of the screen. If you are faster when black faces are coupled with bad words and/or when white faces are coupled with positive words then you have a negative bias towards black people or a positive bias towards white people. To see if you have any bias you can take the test yourself here:

According to the washington post almost all white americans have a slight to strong negative bias to black people. https://www.washingtonpost.com/news/wonk/wp/2014/12/08/across-america-whites-are-biased-and-they-dont-even-know-it/?noredirect=on&utm_term=.c9a384c22695

A score of under 0.35 means you have a slight preference for whites over blacks, a score between 0.35 and 0.65 a moderate preference and over 0.65 a strong preference according to the article. 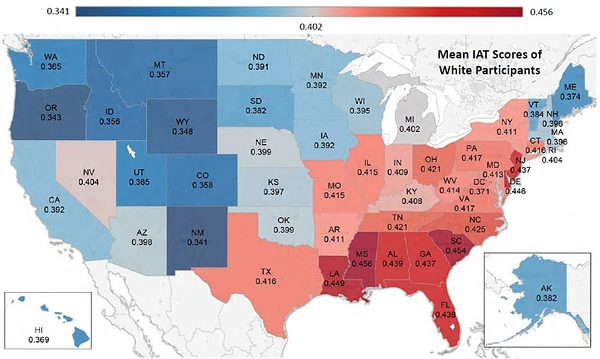 You can see that the states with the strongest bias are located in the southeast of America, but the scientists behind the project implicit website are not sure what is causing this effect. This made me wonder so i googled 'percentage of blacks per state' and this is the most relevant link:

Look at the map of America, darkest blue means 35 to 40% identify themselves as African american while whitest blue means less then 2% does. 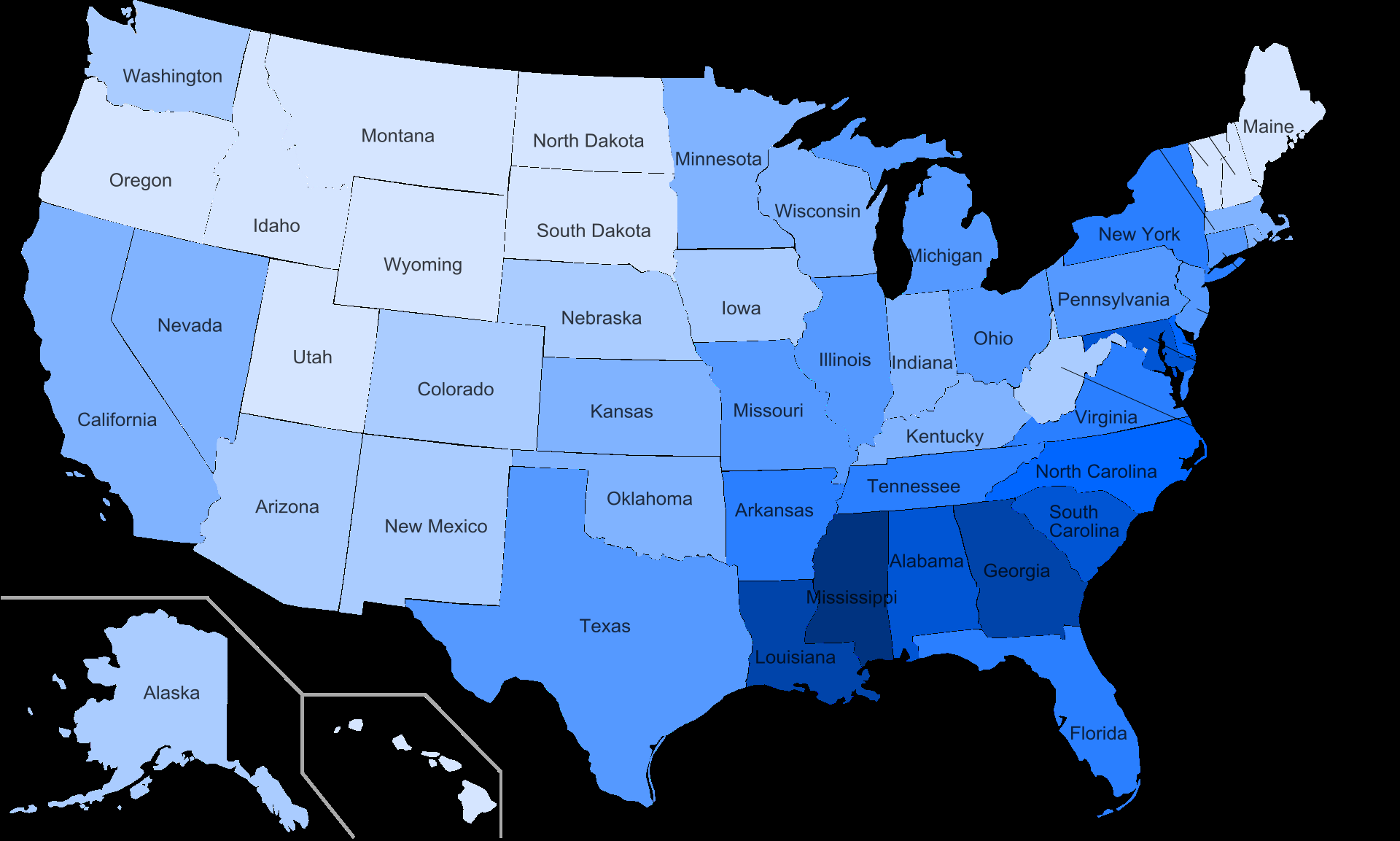 What could be causing this? Personally i think it may have something to do with blacks being poorer on average then whites thus exposing them to more risk factors (dropping out of school, abusive parents etc) which along with poverty puts them at a greater risk of becoming a criminal then whites. Wanted criminals are occasionally featured on TV when the police asks the public for help. In areas with a high percentage of black criminals can thus be seen more often on TV. If white people keep getting exposed to the black face/criminal story combination on TV, then they eventually start to subconciously associate black people with criminal activity or some other negative Association. In the north west there are hardly any black people living so the chances of the white public seeing a criminal featured on local TV that happens to be black is very low. Thus people won't get 'trained' by local TV to associate dark skin color with criminals. But this is just my own theory. I just wanted to share what i found with you guys and i would love to get some answers on my question.

Browse other questions tagged bias racism or ask your own question.