How many moving objects can a person count (on average)?

I wonder if experiments in perceptual or cognitive psychology have been performed following these considerations:

Standard experiment: Present small numbers of simple items to a test subject, for the sake of specifity and simplicity as equal dots distributed inside a box: 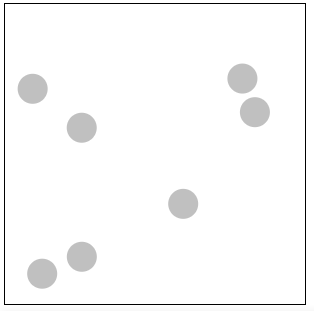 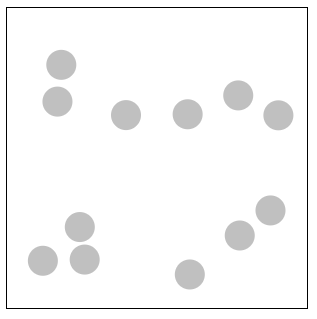 I also guess that the magic number depends on the degree of evenness of the distribution of the dots (per test subject and on average).

But the magic number will depend also on the speeds of the dots. (The cases above assumed resting dots.) Two cases are to be distinguished:

But what interests me even more is the question up to which number people can actually count (not see at a glance) when asked to tell the number of some moving dots. This number will be greater than the magic numbers above - but how great? Check it out:

Can anyone give a link to results related to the experimental setups I tried to describe? (Please forgive me, I'm not a learned psychologist or cognitive scientist, so my talk about experiments and so on may sound amateurish.)

8
Advantage of active learning on classification tasks
12
What is the maximum number of objects an average human being can recognize at once?
0
How many calories do we burn when we try to understand mathematical proofs?
4
How to ethically research the effect of expert lies on lay people
4
What study showed that humans can successfully detect objects within images once they are able to recognize those objects?
9
The prisoner dilemma does not violate classical probability laws
2
Can authority urge person to commit suicide?