Is there any significance to the way Trump spreads his hand from each other?

Is there any significance on how President Trump constantly spreads apart from each other his hands while talking?
I postulate that this falls under some sort of sub-conscious (or conscious) body language message. Though, I can’t put my finger on it, my speculation ranges from where it is at his disadvantage to those watching him.

Specifically, when I saw this video I was awakened to ask this question. The way he conducts himself there seems to be a hyper-version of whatever it normally means.

Short answer
The open palms are usually seen as a gesture of openness.

Background
I have answered a related question, and I will use the same source as I used there, namely an interesting interview from Euro News with two communication experts, Stevens and prof. Beattie.

They claim that the open-palms gesture (Fig. 1) is one of all-inclusiveness and openness. It is a sign saying ‘look I’m an honest Joe’, and it might be a gesture of ‘look, you the audience and I, we are in exactly the same boat.’ In other words, while acknowledging that Trump talks of himself a lot, Stevens and Beattie claim that he compensates these egocentric words with gestures that show that his emotions and the emotions of the public are aligned and so builds connections between him and his audience. 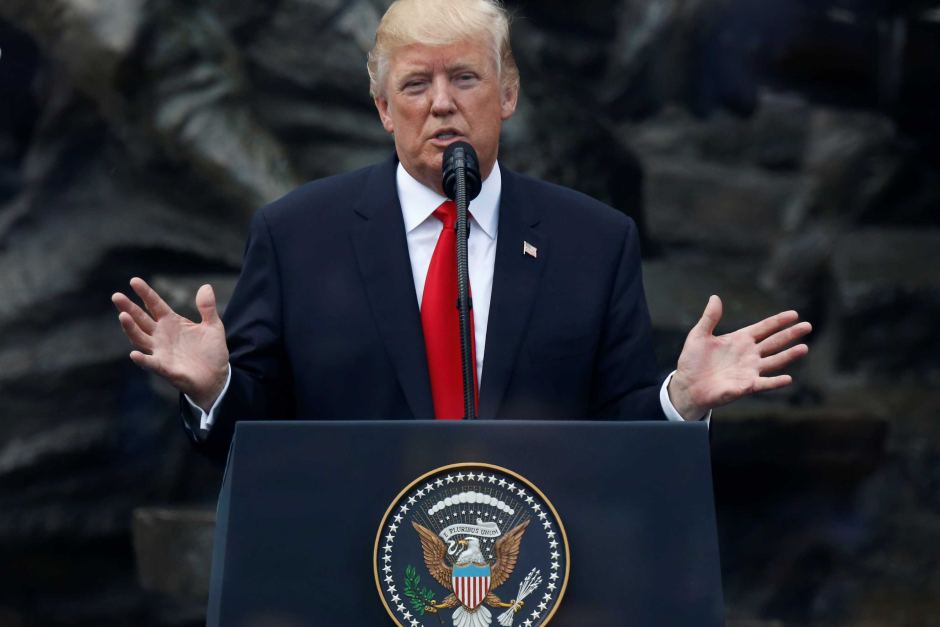 Not the answer you're looking for? Browse other questions tagged behaviorism body-language or ask your own question.

3
What is the meaning of Trump's 'thumb-and-index-pinch' when he speaks?