I am a multimedia artist who is interning in a human resources department of a casino resort. In the department we have daily meetings to discuss updates to both the orientation and the performance of the casino's employees.

During the discussion I had an idea on maybe using psychometric ( big 5 ) testing for either helping in filtering out unfit candidates for certain positions or/and allocation of time or resources to certain to certain people or group's of people to help them in certain ways or identify problems as to improve the effectiveness of the staff.

1: Can it be used in this way, or what other ways can HR use it?

3: Will it be effective?

4: Does there exists other companies that use psychometric testing or big 5 for there employees?

Personality testing of (potential) employees is big business, according to the BBC:

A 2014 survey of global HR professionals by CEB, one of the largest providers of online talent tests, indicated that 62% of respondents used some sort of personality test pre-hire. Thirty percent indicated that personality assessments would be used to identify high potential talent in the future. By contrast, a 2001 survey of managers from the American Management Association found that 29% of employers used a psychological measurement or assessment.

Supposedly up to 10 years ago, personality testing was mostly used to improve employee retention, rather than predict performance:

The most prevalent reason given for using personality testing was their contribution to improving employee fit and reducing turnover by rates as much as 20% (Geller, 2004), 30% (Berta, 2005), 40% (Daniel, 2005), and even 70% (Wagner, 2000). It is of considerable interest that evidence for the validity of personality tests for predicting job performance is rarely cited (see Hoel (2004) for a notable exception) by human resource professionals or recruiters.

The BBC cites some anecdotal evidence that personality testing is increasingly being used to predict performance as well.

And it does have some scientific basis. Restricting discussion to Big 5 main factors, from a 2017 review: 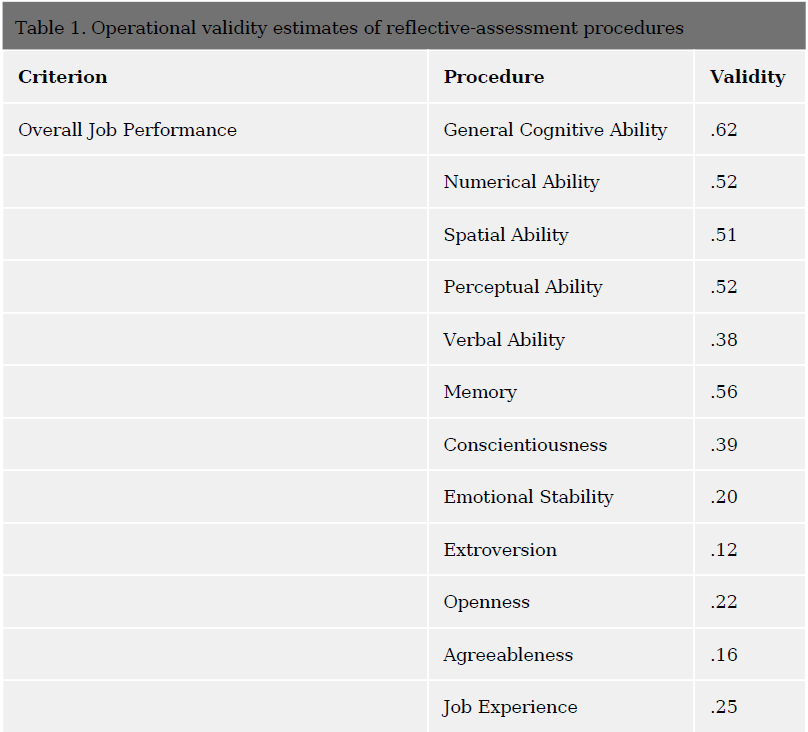 But sure there are plenty of management/HR fads out there as well in field of personality testing. A widely cited review of Hunter and Schmidt from two decades ago put the validity of personality testing (without much discrimination how it was done) to 0.22, in the context of hiring practices as predictors for job performance.

Not the answer you're looking for? Browse other questions tagged cognitive-psychology social-psychology personality io-psychology big-five or ask your own question.