To what class of optical illusions does the below image belong? The diagonal lines are parallel, but because of the context, the longer of the two appears bent. 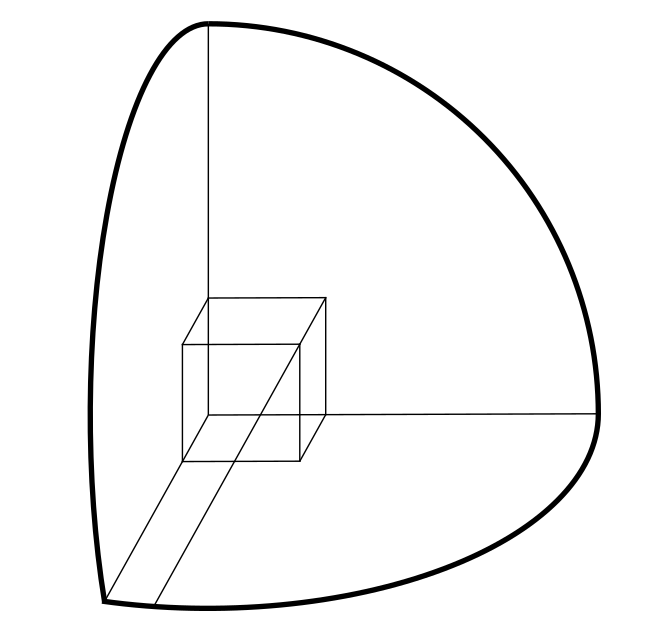 This appears to be a modified Hering illusion or rather it seems to rely on the same principle: 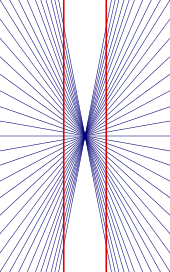 There are several possible explanations for why perceptual distortion produced by the radiating pattern. The illusion was ascribed by Hering to an overestimation of the angle made at the points of intersection. If true, then the straightness of the parallel lines yields to that of the radiating lines, implying that there is a hierarchical ordering among components of such illusion. Others have suggested that angle overestimation results from lateral inhibition in visual cortex, while others have postulated a bias inherent in extrapolating 3D angle information from 2D projections.

The modification in the case of your example with the radiant part being at the corner where the vertical rises from the tip of the left hand parallel line.

That being said, see Ames room illusion for comparison of a superficially similar setup.

11
What's the explanation of this optical illusion where many coloured arcs radiate from a central point?
33
What color is this dress? -- And why do some see it as white and gold and others see it as black and blue?
11
What happens in your brain when you see a dinosaur in this stenographic image?
2
Is there a waterfall visual after-effect with discrete inputs?
1
The differences between sensory distortions and hallucinations