how to train our brain to always use left part for thinking & deciding things?

how to train our brain to always use left part for thinking & deciding things? How do I not take emotional decisions 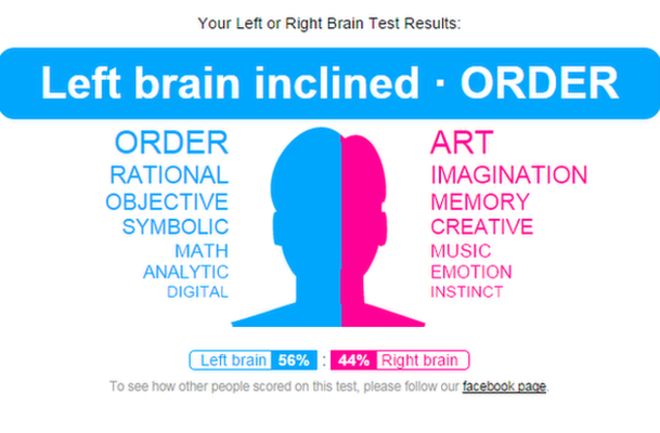 Q: how to train our brain to always use left part for thinking & deciding things? How do I not take emotional decisions?

A: For the second question, you can train to take rational rather than emotional decisions by trying to use reasons and logic over emotions every time you make a decision. This can be trained and you’ll succeed in the long run; it will become your trained habit. It does not matter which side of the brain is dominating in the process of making those rational decisions, so you do not have to worry about it. The brain will find its way to achieve the goal if you train yourself consistently. The desired habit will form.

For the first question, we have no control over which side or which area of the brain to use when we perform any mental task. It all occurs automatically by the wiring of the brain, which is determined both by our genetics and environmental factors (both nature and nurture, that is). These wiring can be modified to some degree by environmental factors; training is one of them. And as others have pointed out in their answers, the brain lateralization is not simple and clear cut – the language (symbol), rationality, and order are not 100% on the left hemisphere, nor are art, emotion, and creativity 100% on the right hemisphere.

One popular example is Betty Edwards' Drawing on the Right Side of the Brain, first published in 1979 but now in its fourth edition [7], which epitomizes the popular view that the right hemisphere is responsible for creativity. Brain imaging shows, though, that creative thought activates a widespread network, favoring neither hemisphere [8]. A more recent example is Iain McGilchrist's 2009 book The Master and His Emissary, which draws on cerebral asymmetry in a sweeping account of the forces that shaped Western culture, and provocatively declares the right hemisphere to be the dominant one (“the master”) [9]. Although widely acclaimed, this book goes far beyond the neurological facts. Polarities of left and right brain are broadly invoked in art, business, education, literary theory, and culture, but owe more to the power of myth than to the scientific evidence [10]. [Ref 1]

In the end, you can train yourself to make rational decisions and to do many other things without having to demand (or to concern) which side of the brain is mainly doing that for you, just by training and training.

Unfortunately this question is based on a false premise. Thanks for asking. The oversimplified view on brain lateralisation is so stubbornly persistant and it invaded so many meditation guides, self help blogs, pseudoscientific faith healing and even job interviewer criteria, that it is now a part of "viral" phenomenon.

Yes, brain lateralisation exists. But it does not work in the oversimplified way they describe.

Interestingly, M. Gazzaniga shown sometimes the "random versus linear" relation work in sort of [opposite][1] way than the popular myth.

Writing an overview of the split-brain research in a 2002 article for Scientific American, Gazzaniga concluded, based on the interpreter phenomenon and other findings, that the left hemisphere is “inventive and interpreting,” whilst the right brain is “truthful and literal.” This seems at odds with the myth invoked by Rabbi Sacks and many others.

I think you are sadly asking for the impossible. Your primitive brain is in charge of decisions, because your survival in a dangerous situation still depends (as it did in early evolution) on your quickest reactions (jumping out of the way of a speeding car for instance). There isn't time for you to rationalise that it could be practical to remove yourself from the path of the car, you just need to jump, so fear (emotion) fuels your movement before your conscious brain is aware of needing a reaction. (Also explains why phobias seem so consciously irrational) There is research showing that your emotional decisions are made a split second before the conscious (rational) mind is even aware of the issue. Humans make emotional decisions, then provide rational justification for why those decisions were made. Here is one ref on these lines, though there are many more, https://www.annualreviews.org/doi/full/10.1146/annurev-psych-010213-115043

Not the answer you're looking for? Browse other questions tagged cognitive-psychology brain brain-training or ask your own question.

1
systems of thinking - how to relearn

5
Brain Right hemisphere is random and left hemisphere is linear? really?
1
After how much time should we review a particular study material after once studying it thoroughly so as to retain it longer?
2
Performance of a damaged brain
4
Is it scientifically backed that sensory signals always go through limbic/emotional brain system?