Since I've speculated that in the internet age we may be seeing even more "groups opposed to each other", "groups based on exclusivity" etc. But I wonder if it's just my perception or whether there's some science to back it up.

internet social-networks sociology
Share
Improve this question
edited May 25, 2018 at 16:26

The literature you are looking for is regarding group polarisation in the Internet era (with "polarisation" being the main research keyword here).

There are supporters of your idea as well, most notably Eli Pariser (2011) and Cass Sunstein (2001, 2009, 2017) and studies that show polarisation on the Internet. That being said: 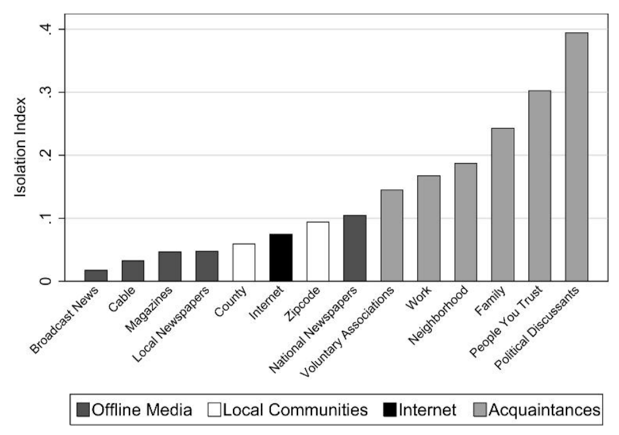 So you are on the right track, your question was thought of before and the keyword "polarisation" might lead your research about it in more depth than this quick answer.

Not the answer you're looking for? Browse other questions tagged internet social-networks sociology or ask your own question.