I saw a video in which four adults were led into a room with a digital counter on the wall (see below), and a collection of random objects on the floor: small boxes, hand tools, stuffed animals, random things.

The subjects were instructed to make the counter increment to 229, 230, 231, etc, but they weren't told exactly how. Their only clue was that they must move the objects around, and move their bodies around, and if they did it correctly, the counter would increment.

The subjects tried many things, but it seemed very complicated. Every once in a while it would work, but they couldn't figure out what they had done. Their movements became more and more elaborate, and comical, and it would work sometimes, but never consistently.

After 30 minutes or so, the researchers explained to the subjects that the counter had been set to increment randomly. The subjects only believed they had control, and it led them to engage in complex, ritual-seeming behavior.

I don't remember where I saw the video. Hoping to find it again, I would like to know if there is a name for this type of experiment, a category name, something I can google to find the video again, or anything like it. I've tried quite a few search terms to no avail: "magical thinking", "illusion of control", "rain dance", "causation and ritual", and similar. 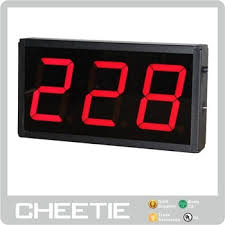 terminology experimental-psychology
Share
Improve this question
edited May 5 '18 at 22:31

Short answer
In accordance with @ArnonWeinberg's comment, I think superstition is the term you are after.

[A]ny belief or practice that is considered irrational[.] [F]or example [ a belief that] arises from ignorance, a misunderstanding of science or causality, a positive belief in fate or magic, or fear of that which is unknown. "Superstition" also refers to religious beliefs or actions arising from irrationality.

I may, in fact, have found a video fragment of the one you are looking for, using @ArnonWeinberg 's clue in the comments. I searched for

And found this this awesome video. I had a good laugh, thanks! Pigeons, a bowl of fish, and a group of funny people trying to find meaning in chaos.

Not the answer you're looking for? Browse other questions tagged terminology experimental-psychology or ask your own question.

7
Free software to run questionnaire based experiments
8
Advantage of active learning on classification tasks
2
Name needed for psychological practice which uses objects that represent humans [dolls/pictures/etc.] during patient treatment
4
Split Brain Experiments on Animals
4
How to ethically research the effect of expert lies on lay people
1
Platforms to make online experiments with counterbalancing
2
What important psychological results would not have been discovered without experiments on non-human animals?
5
Terror management theory: Is this a valid conclusion based on the conducted experiment?