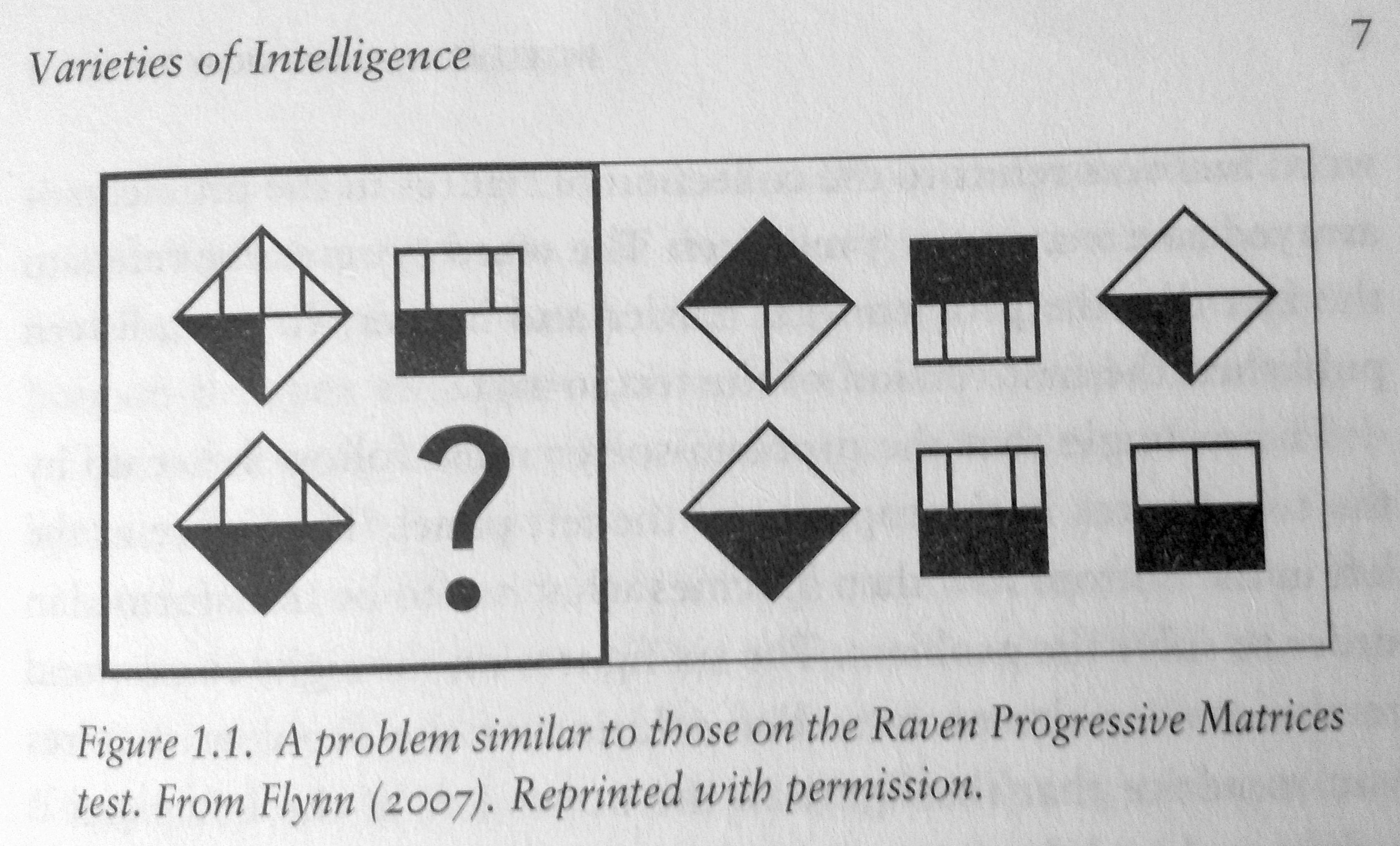 The example that the problem-solver must follow is set up by the two figures in the top row of the left panel. The figure at the left in the bottom row then specifies what has to be transformed in order to solve the problem. The six figures on the right correspond to the answer alternatives. The solution of the problem requires you to notice that the figure in the upper left of the left panel is a diamond and the figure in the upper right is a square. This tells you that the answer has to be a square. Then you must notice that the bottom half of the upper diamond is divided into two, with the left portion in black. The fact that the left half of the figure on the right is also black tells you that the corresponding portion of the square on the bottom right must match the corresponding portion in the lower left diamond-that is, the entire bottom half must be black. Then you notice that to make the top right figure, one of the bars has been removed from the top left diamond while symmetry of the bars has been preserved. This establishes that you must remove one of the bars of the square at the bottom while preserving symmetry. Now you know that the correct answer must be the square at the bottom right of the answer panel. 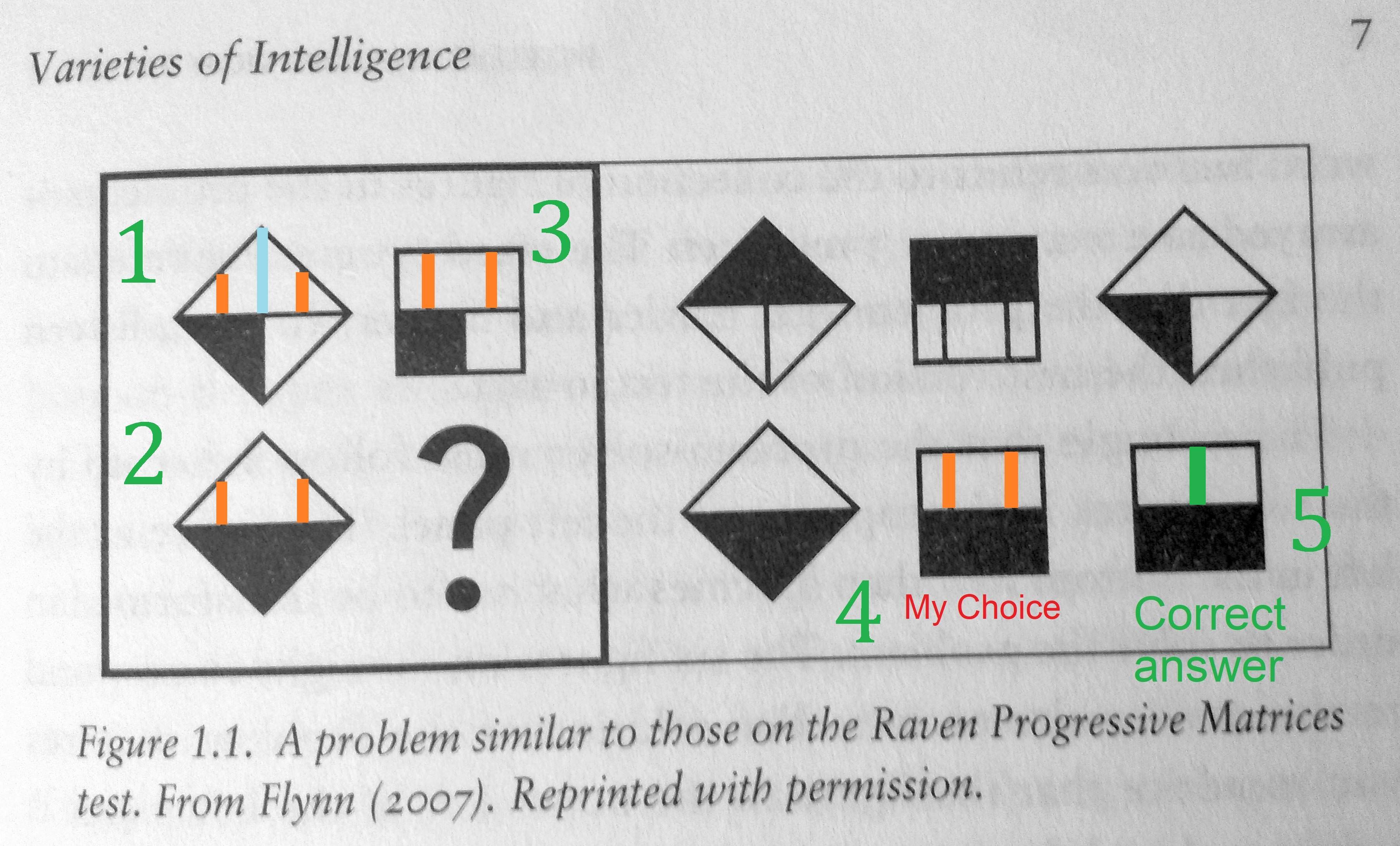 It is a very simple question.

In 1, three vertical lines were occupying the top space in the diamond. In the lower half of the diamond, half the space was shaded and the other half was unshaded.

In 2, two vertical lines were occupying the top space in the diamond. In the lower half of the diamond, all of the space was shaded.

There was hence a net loss of one vertical line and increase of one shaded space. That is the same operation you should have conducted in 4.

It was not the relative positions of the vertical lines that you should have considered, but the quantity thereof.

I hope I don't have to explain to you why there should be a square in the empty space.

Anyways, that was my interpretation of the question. Hope this helped.

Isaac LungIsaac Lung
3611 bronze badge
New contributor
Isaac Lung is a new contributor to this site. Take care in asking for clarification, commenting, and answering. Check out our Code of Conduct.
$\endgroup$
add a comment  |
2
$\begingroup$

As the text you provide explains, there is a flow of thinking involved:

All this added yields the picture at the bottom right. You didn't notice, interpret or actioned on the stripe removal, perhaps.

Not the answer you're looking for? Browse other questions tagged methodology test iq or ask your own question.

3
How to compute Chi-square value and degrees of freedom in Excel?
3
Qualitative scoring for responses to design fluency task
3
How to obtain adult norms for Raven's progressive matrices?
8
Does practicing Ravens Progressive Matrices tests inflate your IQ score?