There are many resources on the web that discuss correlations between the personality of an individual and their preferred shapes or colors. To give just one example of each

My questions here are:

I have found that one very good use to combine shape + color preferences is to weed out deliberately misleading responses. Take the following example

Interpolating between the ideas proposed in the two links I have quoted above a "Triangle" personality is far more likely to be a "Red", "Orange" or "Yellow" personality than say a "Blue" one. This could be used to assign a weighting to user responses in order to reduce the likelihood of invalid conclusions being drawn from deliberately misleading responses to the "my favorite shape" question.

Sounds plausible but once again I would like to know if there is any published research on the subject.

The question made me think instantly of the Kiki/Bouba effect. This effect is seen when people are to ascribe the name Kiki to point shapes and and Bouba to rounded shapes (Fig. 1); the overwhelming majority calls the star Kiki and the blob Bouba. One hypothesis is that Bouba is associated with the round shape because a more rounded shape is made by our mouths when Bouba is said. The mouth is more angular shaped when we say "Kiki." Additionally, "K" is a harder-sounding letter than "B." Those who use the modern Latin alphabet may also be visually swayed: the written letters "K" and "B" are sharp and rounded, respectively (Scientific American, November 2012).

Follow-up studies on this effect have revealed that people

The authors conclude that sound symbolic associations extend to existing lexical stimuli, and that form and meaning are non-arbitrarily mapped (Pexman & Sidhu, 2014). 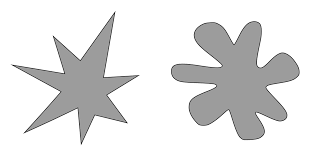 Fig. 1. Kiki and Bouba - which is which? source: Wikipedia

Not the answer you're looking for? Browse other questions tagged personality preferences or ask your own question.

2
Correlationships between food choice and personality

1
Do animals have some kind of rudimentary personality types or preferences?
1
Personality Models: The Big Five, the Seven Deadly Sins, and?
5
Are animal instincts and preferences based on some brain micro structures?
2
What is the relationship between identity and personality?
4
What are the personality and behavioural correlates of divorce?
1
Stability of Personality and Formation