What are the correlation between the Big 5 (OCEAN) dimensions of personality?

I'm looking for quantitative research on the correlation between the five dimensions in OCEAN psychometric models. Would appreciate any references.

My answer to the question on evidence for the GFP provides numerous references on the correlations between the Big 5:

The key bit of the answer is as follows: 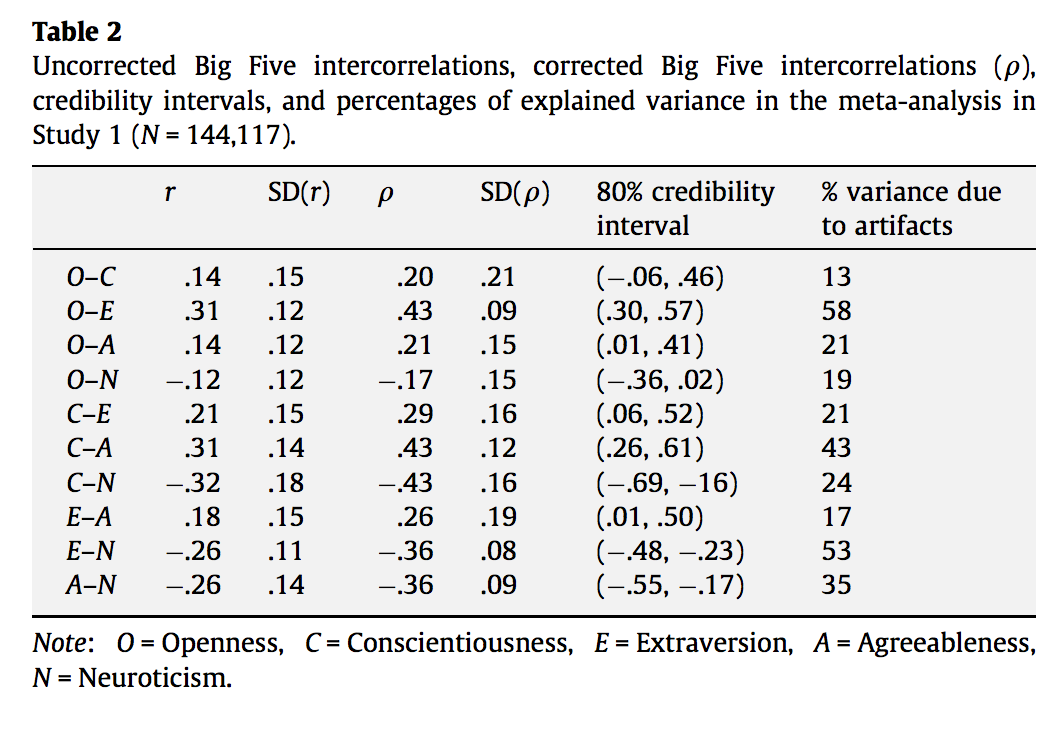 You can also check out other work discussing higher-order factors (typically one or two factor models). These imply a correlation between the Big 5.

Thus, you could check out those references for further background on one and two-factor models. Such papers will generally also discuss the structure of correlations between the Big 5 and arguments for and against why they are meaningful.

Not the answer you're looking for? Browse other questions tagged measurement personality or ask your own question.

15
What is the support for a global personality factor?