Does associative recognition retrieve target when given re-paired foil? 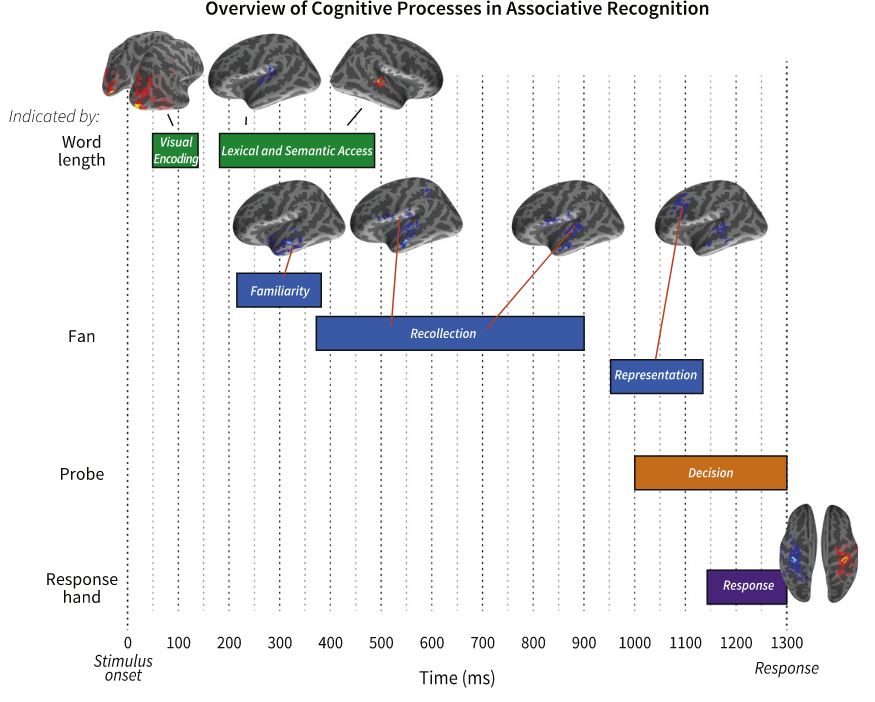 In the step labeled "Recollection", does an input of a Re-Paired Foil word pair cause the recollection of a Target?

During the study phase, a set of paired words are given. Such as (A+B, C+D, E+F). During the test phase, the subject must distinguish whether they have seen a pair before. A pair that has previously been studied, such as A+B, is referred to as a Target. Pairs that have not previously been studied, such as B+F and A+Z are called Foils. A+Z is a Novel Foil because it is composed of a word was not studied, while B+F is a Re-Paired Foil because it is composed of words seen during the study phase.

What is being described in the original question is called Recall-to-Reject Processing. In "Associative recognition: a case of recall-to-reject processing" by Rotello and Heit provides evidence this retrieval of an older memory for comparison with the newer probe, rather than retrieving nothing, does indeed happen.

They summarize the result in their conclusion:

[Recall-to-Reject Processing] makes a distinctive prediction about the ability of subjects to discriminate completely new test stimuli from stimuli that are new but similar to studied materials. Specifically, the similar test foils should be increasingly rejected, relative to a baseline of completely new items, late in processing (i.e., after information from the recall component of recognition becomes available). The data from Experiments 1 and 2 are consistent with that prediction: We did find that rearranged pairs were increasingly rejected, relative to new pairs, after about 1,000 msec.

However, it should be noted this is quite an old paper and an updated reference would be helpful.

[1] There's also some sort of trend happening with lags, but this isn't really necessary to understand for this answer.

Not the answer you're looking for? Browse other questions tagged cognitive-psychology memory or ask your own question.

15
Is remembering a list of words an example of semantic or episodic memory?
0
When does Just World Theory apply?
2
What is a Good Working Memory Test Online (or overall if none)?
2
Why does an image seem smaller or larger through a pinhole when viewing with human eye
0
What is the independent variable in this memory experiment?