I'm interested in performing a psychological experiment from my own home (the research is controversial; not that it's unethical, but rather I won't be able to aquire funding for it) and in it I would like to measure the arousal level of my participants as accurately and - possibly even more important - as cheaply as possible. I have a regular computer with USB ports, and even though I prefer to work with OS X, I could use Linux, and, if I really was forced to, even Windows.

I'm thinking that galvanic skin response is the best measure because of the method's temporal responsiveness, but I guess heart rate could be used as well.

Does anybody know of any good and cheap instruments that can a) measure arousal level and b) can be connected to a regular computer?

I've long been thinking that arousal levels can be measured by an actigraph, although I have not seen scientific articles that deal with this topic. Nor did I conduct any kind of large scale test. A lot of actigraphy studies focus on sleep and distinguishing sleep from wakefulness. I hypothesize that actigraphy may say something about the level of arousal of the central nervous system.

But the good thing is that actigraphy that uses an iPhone as a sensor is practically free. I have just submitted an mood tracking app to the app store (still to be reviewed) that has two tools illustrated below. The app will be free, and I built it for experiments of my own. My previous incarnations of this app were able to provide information in 5 second epochs in comma separated format. That data could be analyzed with excel. The way I sent myself the data is by emailing myself the report.

An actigraph is a device (or an app) that analyzes human motion at rates of about 20 times per second. It looks at acceleration and rotational rate caused by voluntary and involuntary movement. Think about it as an evolution of a pedometer. The device is continuously compounding motion activity into bigger epochs. In the picture below, real time data is compounded into 5 second epochs that are presented by graphs that appear on the device with only 5 seconds of delay. The activity count varies between 10 (complete stillness) to ~300 (typing a question in a SE site) to 10000 (walking). Data can be compounded further, into 5 minute epochs, suitable for long-term monitoring.

The magic of actigraphy comes from the fact that activity can be observed over an extended period of time. For example, there are scoring rules that distinguish sleep from wakefulness based on 7 minute windows of data. I'd love to learn if there's something like this for the arousal in the waking world. 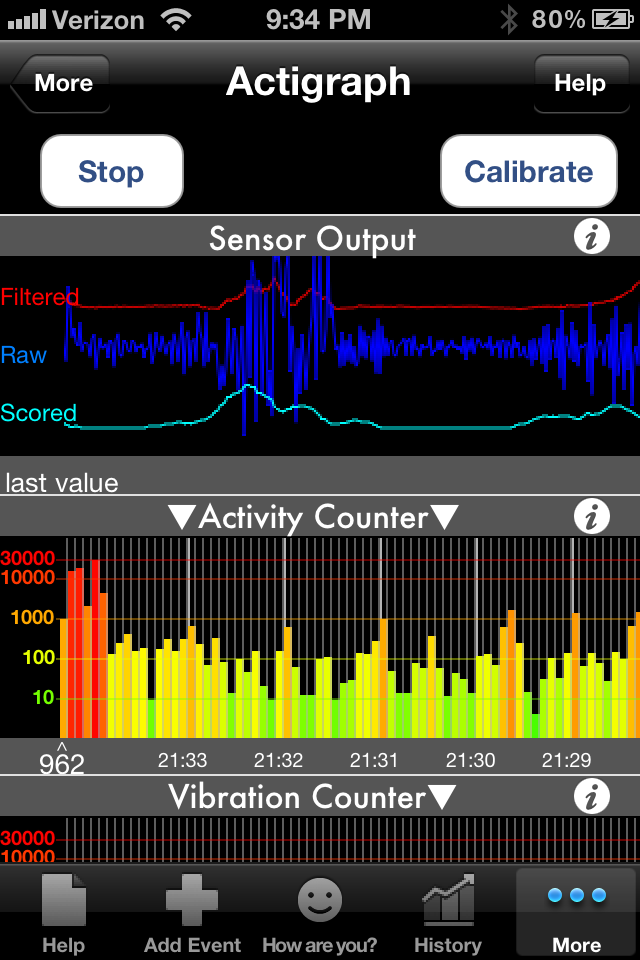 The second tool is a self-reporting tool, based on Pick A Mood , where by breaking the "mood" into two components, it becomes more evident that a person is experiencing different levels of arousal. 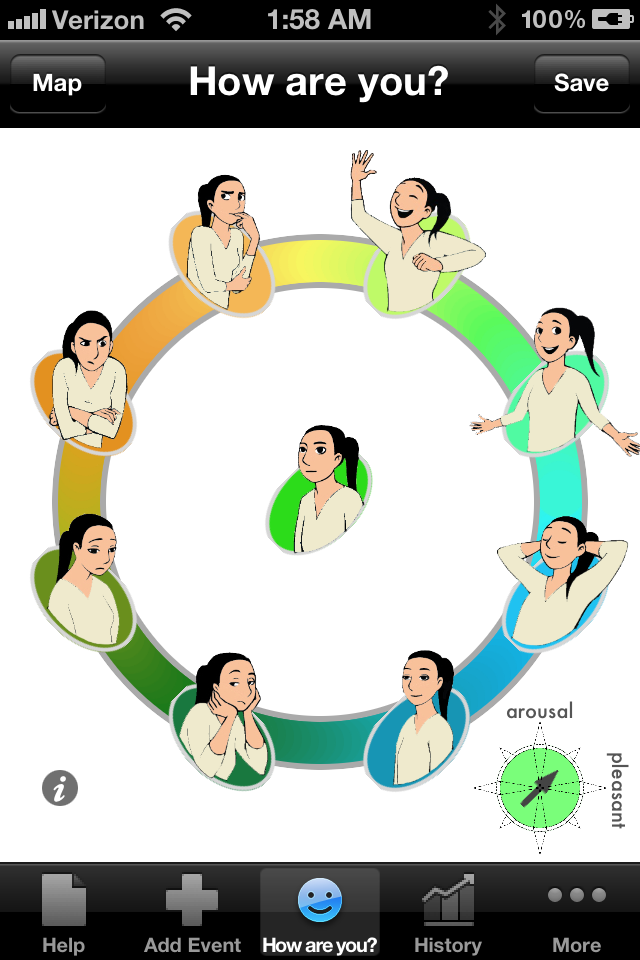 I think you may have answered your own question.

You can build a GSR meter or purchase one online. You do not necessarily need to hook it up to your computer; if it has an LED you can simply record the results with pen and paper. If you want to measure heart rate, buy a stethoscope. Or if you want to be really cheap, check your pulse using two fingers; it's free.

Note that I have no experience with building my own GSR meter or using the GSR meter that I've linked to. I cannot vouch for the accuracy or reliability of these devices. The familiar adage is probably appropriate: you get what you pay for.

Not the answer you're looking for? Browse other questions tagged measurement arousal or ask your own question.

6
How to measure emotional intensity?
17
How to measure dominance and submissiveness?
6
What does fMRI measure exactly
7
A measure of creativity from mind maps
5
Can we use a scale even if one of the answer levels was not added?
7
How to measure stress quantitatively?
8
Definition of valence, arousal and dominance