What is the meaningful difference between someone with a 145 IQ compared to a 100 IQ?

I am a lay person and new to this, and while I do understand that 145 IQ means 3 SDs up from the mean, I want to have a rough idea of what it means in real-life examples, from people who have experience in this domain. What is it that a person with a 145 IQ can typically do that a persona with a 100 IQ can typically not do? Examples of feats or the like is appreciated.

Categories: You might find the article on IQ classification useful. The article discusses a wide range of ways to give verbal labels to IQ scores. For example, the following categories would put a 145 IQ person above "very superior" intelligence. 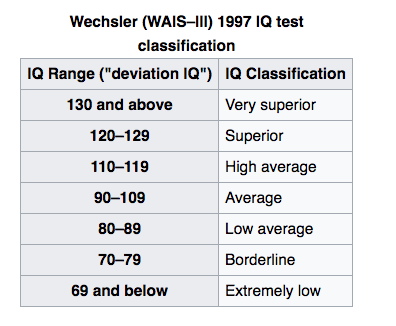 Intuition: If you went to a large representative high school (say with 500 to 1000 students), you might think of the typical student as your 100 IQ student, and the smartest kid in school as possibly being in the 145 ball park.

Another way to get some intuition is to think about the typical range IQs for various professions. As you see below, even for professions with the most intelligent people are still typically well below 145. 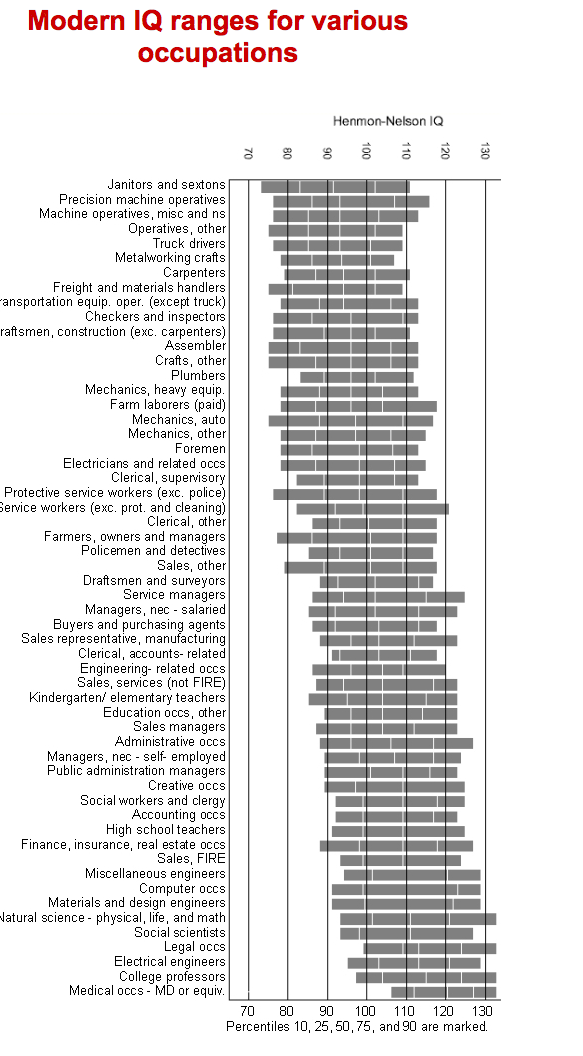 Consider, a normal IQ score falls between the range 85-115 which is approximately 70% of the population (and only 15% of people have an IQ of 115 or above), while an extended average IQ range tends to encompass those between 80-119 which is "x"% of the population. In order to qualify for the International High IQ Society, one must have an IQ of 125 or above, while entry into Mensa (a High IQ organization that represents the upper 2% of the population) requires an IQ of 2 standard deviations above average (or 130 and above). For the lower end of the bell curve, this will be explored later on in the post (as well as a more proper breakdown of the rest of the distribution).

Now, what do these numbers mean? That is, in principle, what can one do with a 100 IQ? It turns out, many studies have been done linking average IQ scores to completion of College Majors, SAT scores, and GRE (set aside the problematic elements for a moment, of which we can explore later). As for College Majors, studies have revealed a strong correlation for between those who go far into/complete specific college majors and IQ. The breakdown is as follows:

In order to attend College and be successful, it was found that an IQ of 110-115 is standardly required. Now, if a person with a 110-115 IQ attempted to be a Physics & Astronomy major, it has been found that they would quickly run into trouble and likely have to drop out (or fail out) early on. However, they would be successful at other college majors, some of which were listed previously. Then, an individual with a 100 base IQ has been shown to not (currently) be able to attend college successfully.

To put this in practical terms, lets take the example of those with an IQ 2 standard deviations from the norm in the adult population (2% of the population), or Physics & Astronomy combined with Mathematical Sciences Majors (closely followed by Philosophy and certain Engineering Majors, but we will limit our discussion to those past the threshold). This indicates that if we took a random sampling of 100 adults, approximately 2 would have a mind currently capable of the "brain power" necessary to do Complex Analysis or Statistical Mechanics (which is in-line with Senior level Physics or Math major cognitive abilities). As for what a 110 IQ would look like in practical terms, such a person would (currently) struggle tremendously to get a Political Science degree if they were able to attain it at all (IQ 120), while they would be able to get a degree in Business (114), Education (110), ect. See list here for more details: https://thetab.com/us/2017/04/10...

Now, IQ links to Standardized Tests such as the SAT and GRE are quite interesting as well--let us proceed with investigating the case of SAT scores. We will use the 1600 score standard (Note: a link to conversions between 2400 to 1600 score standards will be provided under Sources if one were curious). Consider, a score of 925 on the SAT (is claimed) to translate to a base 100 IQ. Here is an outline mapping out key points on the Bell Curve:

[Note: There are various IQ scales, some reach to numbers higher well higher to this, this is a Standard Scales, others could be used with similar (though varying in extent) results]

Below is a transcription of the outline (IQ range, Category, Typical Ability):

Limited or no ability to communicate, eat, bath, dress and toilet.

Usually able to dress/bath independently and can do simple jobs. Elementary school academics.

May live independently with difficulties. Can perform simple and repetitive jobs.

Can complete high school graduation and college with difficulty.

intellectual ability and capable of looking beyond known facts.

10
How can psychometry measure the very high IQ's in adults?

14
Are IQ tests "biased" against individuals with Asperger's Syndrome?
8
How does raw IQ change over the lifespan at the group-level?
7
What is the difference between IQ and Executive Function?
6
What causes an individual to not be able to hold all the details of a large project in memory?
17
What are the IQ correlations between relatives?
5
What is the difference between problem solving and intelligence?
2
Questions on Interpreting Factor Analysis Results and Scores
1
Are there researched approaches to learning a subject more quickly?
0
Impact of pre-college schooling on IQ (WAIS)?